The former Right to Dream and Nimoobi Ladies FC player was spotted covered-up in a Nike branded “Yaatuiba” when her side took on Ampem Darkoa Ladies in Techiman on Match day 7.

She is the first player to benefit from the “ Maxwell Woledzi project” aimed at providing such apparels to Muslim girls in Ghana who are into football and willing to honor their faith along side.

The package includes a sports bra, boots, and long stretch coverings for the legs and this initiative comes as a relief to Muslim girls willing to play active football but are restricted due challenges of exposure.

“Through our core value of inclusiveness and creating enabling environment for every player to feel comfortable and exhibit their talents, the Football Association allows wearing of the “Yaatuiba” during our league games.

“The FA is appreciative of any initiative aimed at eliminating any hindrance or anything that inhibit any of our players from exhibiting their talent and enjoy long our football.”

“We believe through initiatives as such, we can bring back the love “, said the FA General Secretary, Prosper Harrison Addo told ghanafa.org. 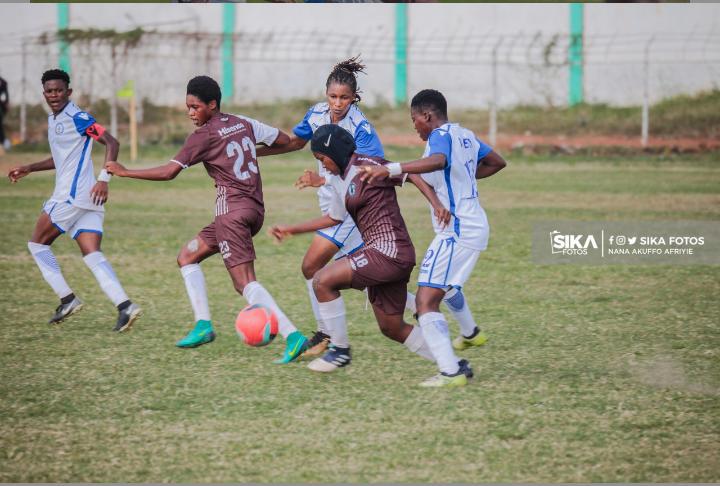 Maxwell Woledzi is a former Right to Dreams defender now with FC Nordsjælland. He started this free distribution project last year using girls in Nima as models before extending it to his former mate, Anatu Sadat.