Steadfast FC moved back to the top of the Zone One table after beating Wamanafo Mighty Royals 2-1 on match day 16 of the National Division One League at the Aliu Mahama Stadium on Sunday.

Abdul Fatawu Issahaku registered his fifth goal of the season as he scored inside 4 minutes to open the scoring for Steadfast FC.

Alhassan Siisu doubled the lead in the 17th minute to put them in the driving seat but the visitors pulled one back three minutes before the break through Gideon Oduro.

Back from recess, the two teams failed to score after missing begging chances – ending the contest 2-1 in favour of Steadfast FC. The result takes them to the top of the table in Zone One with 33 points after 16 League matches.

At the Nkoranza children’s Park, Nkoranza Warriors pip Young Apostles 1-0 to win at home. Ishmael Nyen scored the only goal of the match in the 74th minute to win the day.

In Sunyani, B.A United beat Berekum Arsenal 1-0 to knock them off the top spot. Patrick Yeboah scored from the spot on the half hour mark to give B.A United all the spoils at the Coronation Park. 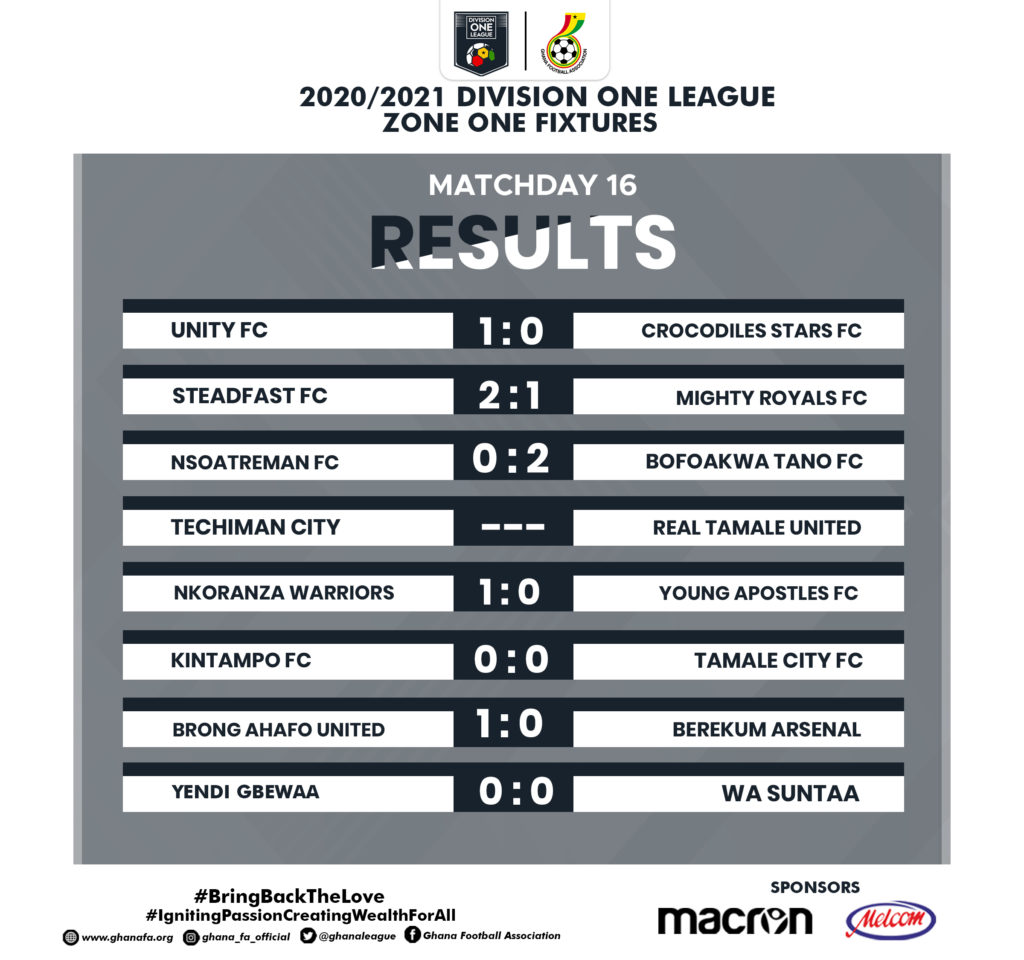