The win keeps them at the top of the Zone two table with 22 points, one point ahead of second placed Gold Stars who are on 21 points. Isaac Mensah scored in the 78th minute of the game to give the Daboase side all the spoils.

In Bibiani, Gold Stars scored in either half of the game to beat Sekondi Hasaacas 3-0 at Dun’s park. Nuhu Sulley scored an audacious strike inside 16 minutes.

The home side increased the tally in the second half through a spot kick converted by Prince Owusu in the 48th minute.

Sekondi Hasaacas were very firm in the game yet lacked the needed cutting edge to punish the host. Nuhu Sulley scored his second goal in the 83rd minute to put the game beyond the reach of Sekondi Hasaacas. 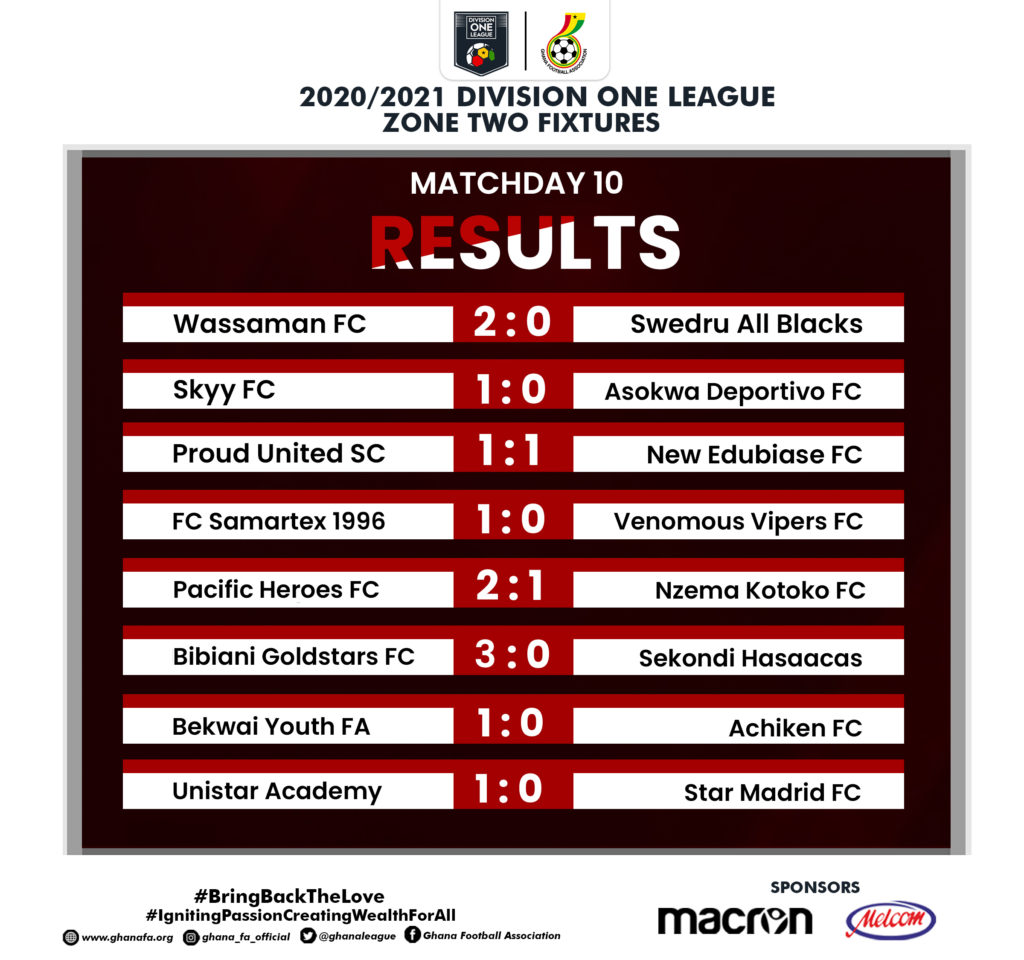