Baba Mamadu and Ebenezer Mamatah were the heroes for Skyy FC in their 2-1 win against Nzema Kotoko on match day 9, an away win that took them to the summit of the Zone two table.

The Daboase side made a steady start to the season but have peaked in time to compete for the single Premier League slot in Zone two. Skyy FC will host Asokwa Deportivo at St. Martin’s park on Wednesday.

They have yet to lose a game this season, registering 5 wins and 4 draws from nine games, sitting in first place with 19 points, one point better than Bibiani Gold Stars (18) who led the zone two table for six weeks.

Francis Andy Kumi (Unistar Academy) and Prince Owusu (Gold Stars) have scored 7 goals each in zone two and are in straight battle for the top scorers’ award.

Goals from Ebenezer Ocran (3) and Ebenezer Mamatah (3) could prove decisive for the leaders in their title hunt and playing at home on Wednesday could be the defining moment for them to cement their lead.

Elsewhere in Bibiani, Gold Stars will host another title contender Sekondi Hasaacas at Dun’s park. Third placed Samartex FC will be at home against Venomous Vipers, who sit in 14 place. 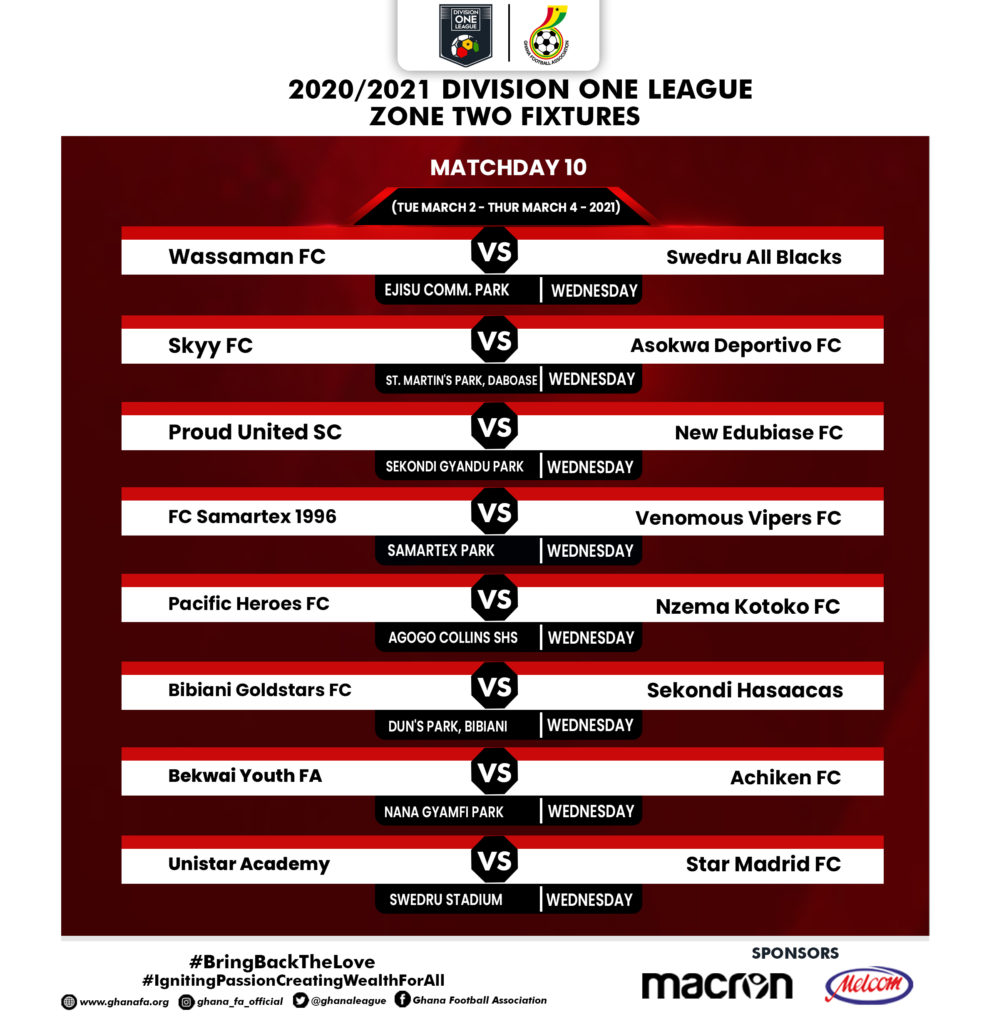