The game which comes off on Sunday is a battle between the first two teams in Zone three. Accra Lions sit at the top of Zone three with 27 points, one point richer than Kotoku Royals who are in second place and a win on Sunday, would take them to the top of the table.

The League leaders lost their unbeaten run to Okyeman Planners on Sunday after falling 1-0 at the Akyem Tafo park.

Accra Lions boast of the Zone’s two top scorers in their team. Evans Etti and Abdul Rauf Salifu have 7 goals each and are in hot race for the top scorers’ award with Kotoku Royals poacher Richard Dzikoe netting 6 times in the ongoing campaign.

The former, drew blank with Agbozume Weavers on Sunday and look desperate to get back to winning ways with danger looming at Akropong.

Phar Rangers have an impressive home record but they face a well drilled Tema Youth side who have performed creditably well on the road thus far.

Fourth placed, Heart of Lions will journey to Accra to take on Accra City Stars FC. Lions have 25 points from 12 games and go into the game against a very decent Accra City Stars who occupy the 7th spot with 16 points. 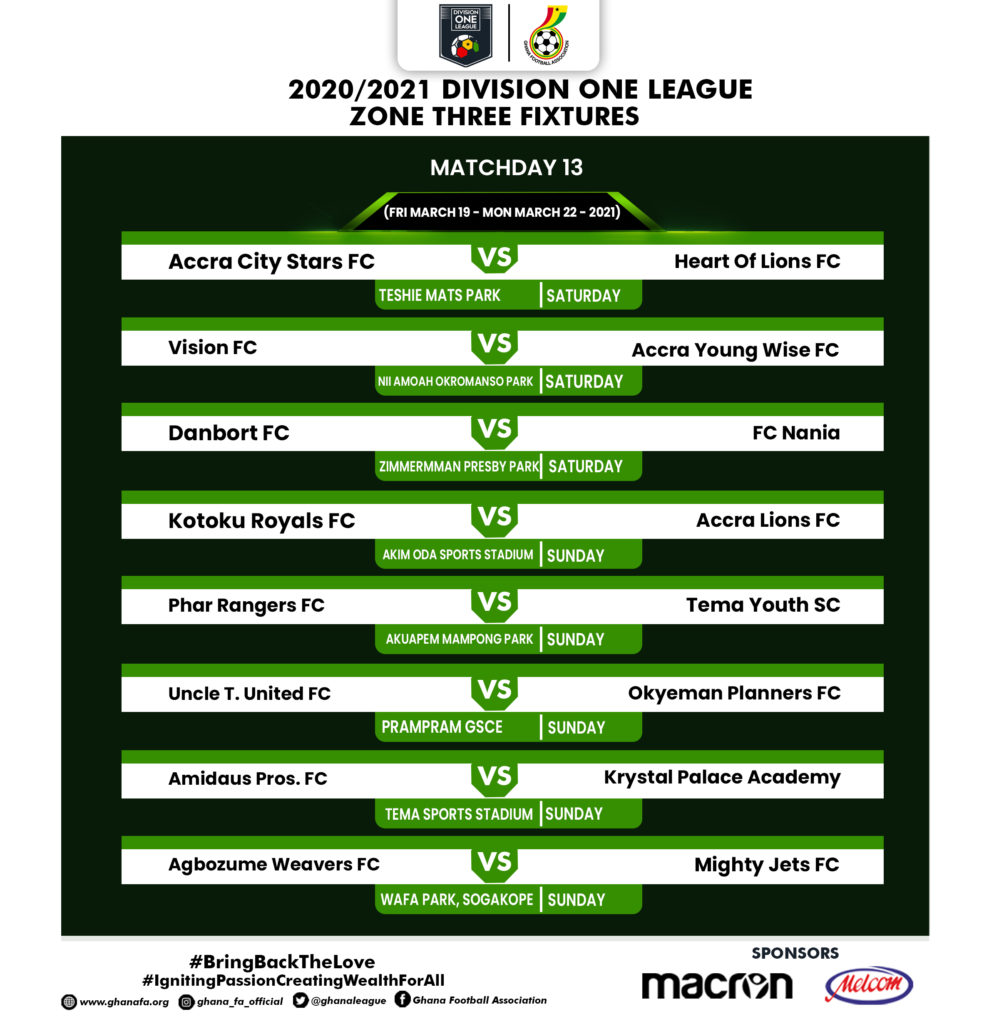