The home side opened fire on the visitors from the blast of the whistle and got the first goal in the 8th minute of the game through Mariwan Asolo Seidu. Abdulai Umar pulled parity for the visitors one minute later with a solo effort leaving the score line at 1-1 for the first half.

The lanky- striker added the third goal two minutes (88th) from time before adding the fourth of the afternoon – to complete his first hattrick of the season.

In Sunyani, Tano Bofoakwa recorded a 1-0 win over Young Apostles through an 11th minute strike from Abu Enock. Elsewhere in Berekum, Arsenal threw away their lead to draw 1-1 with Tamale City at Golden City park.

Kofi Ansu Patrick scored in the 56th minute but his goal was cancelled Babamu Ibrahim in the 84th minute to break the heart of the home side.

Here is what happened in the other games in Zone One: 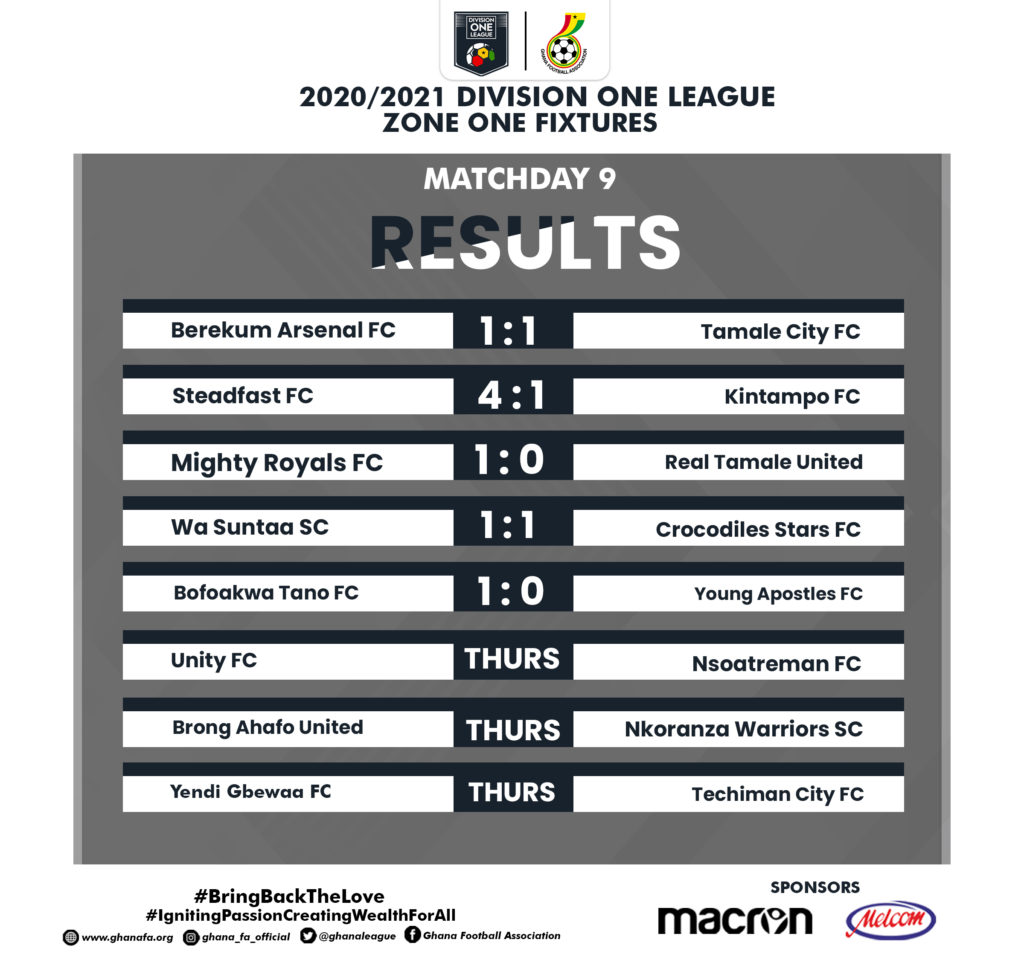