Eight team (8) from the Northern and Southern Zone of the 2021/2022 Women’s Premier League have qualified to participate in the second edition of Ghana Football Association ‘s (GFA) off season competition, the Women’s Premier Super Cup.

The tournament will usher in the 2022/2023 league season and will be hosted in the Northern Regional capital,Tamale.

Here are the list of qualified teams from the Northern and Southern Zone respectively; 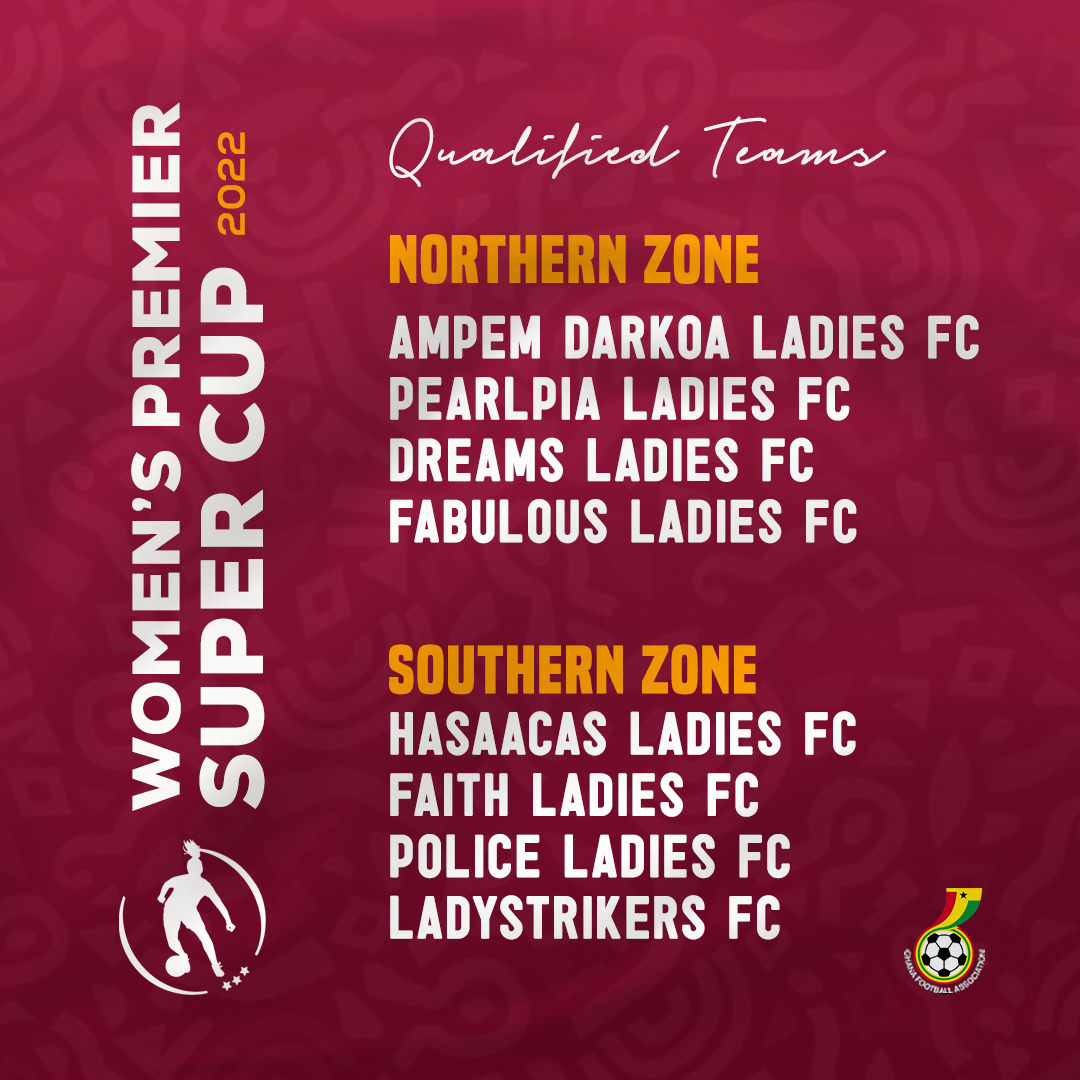