Tano Bofoakwa came close to snatching the sole Premier League ticket in Zone One until the final day of last season when Berekum Arsenal beat them 1-0 to throw their aspirations off gear.

The Sunyani giants experienced an excruciating end to what was a stellar campaign as their battle for Premier League status crashed on Match Day 30 to give Real Tamale United passage to the elite level. Bofoakwa Tano lies 7th in the Zone One table with 13 points – 11 points adrift of leaders Nsoatreman who are at the top of the table with 24 points after 10 matches.

They come up against second placed Tamale City FC at the Sunyani Coronation Park on Sunday. Tamale City have won seven, lost one and drawn two in the League and occupies the 2nd spot with 23 points – 10 points above Bofoakwa.

The Malik Jabir Park at Wa will host the match between bottom club Wa Suntaa and leaders Nsoatreman FC – a clash between the top team against the bottom club – with 16 points separating them.

Fourth placed Young Apostles have a tough test against Dreams Tamale at the Sunyani Coronation Park on Saturday. The latter have dropped down the table – now second from bottom with 8 points following back to back defeats to Unity FC and Kintampo Football Club.

Find attached the full fixtures for Zone One: 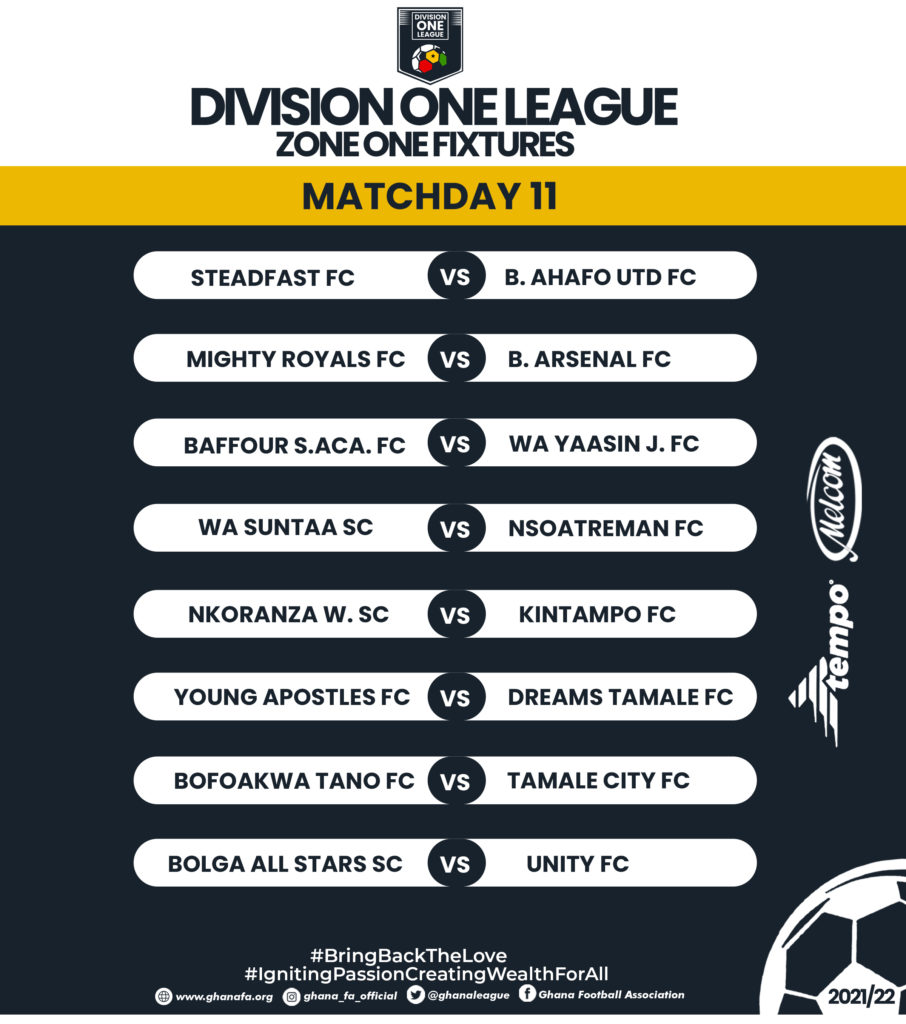