Steadfast FC were off to a flying start on Match Day One of the Access Bank Division One League as they put three past Wa Suntaa at the Aliu Mahama Stadium on Sunday.

Abdul Shakun Abubakari hit a brace on the day as Prince Karikari continued his fine form from last season to fetch the opening goal. Steadfast FC were unlucky to finish the 2021/22 season behind rivals Tamale city and winners Nsoatreman FC despite putting in a spirited performance that left in mid table.

Elsewhere at the Golden City Park – Berekum Arsenal were stunned by Mighty Royals in a three goal thriller that ended 2-1 in favour of the visitors. Hot shot Bismark Kyeremeh announced his presence in the League with two goals before Nafiu Gariba pulled on back for Arsenal.

Newly promoted side Debibi United beat former Premier League campaigners Eleven Wonders 2-1 in their first match of the season. Kofi Owusu Emmanuel scored in either half of the match while Sadat Abdul Abukari fetched the consolation for Eleven Wonders. 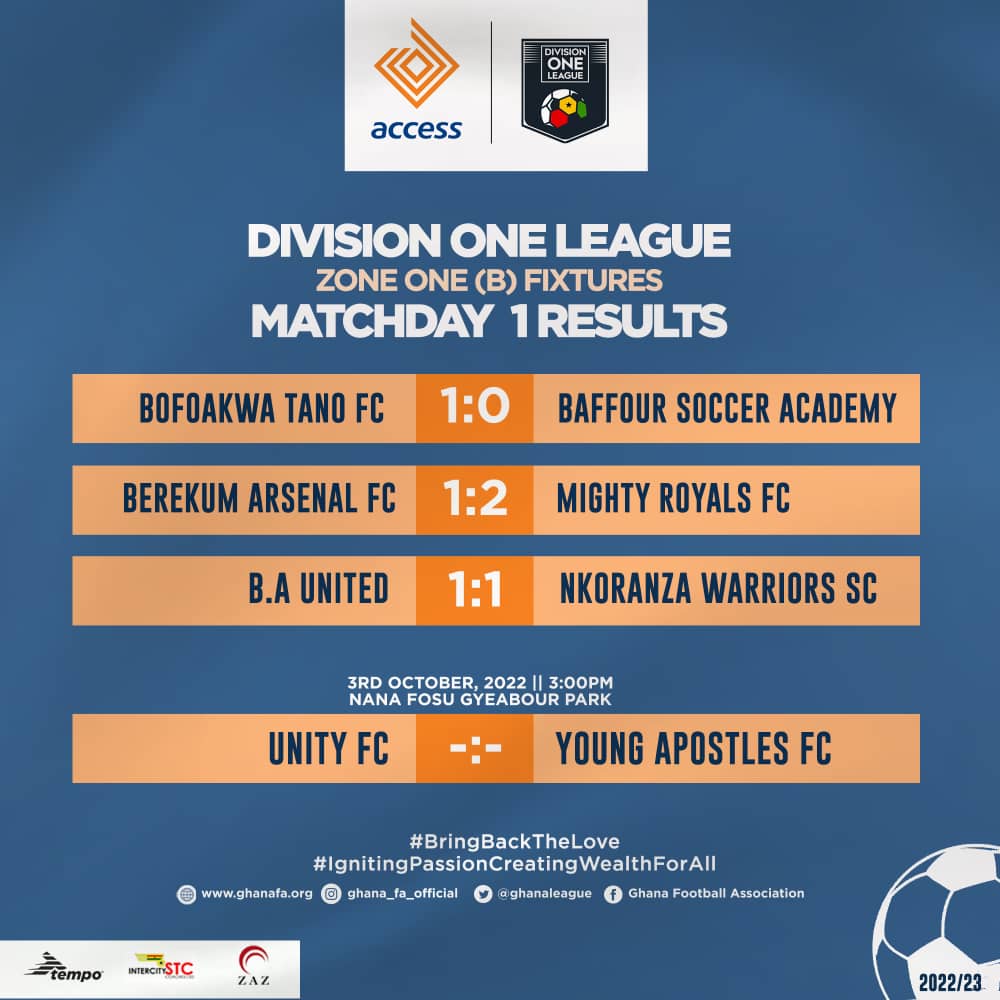 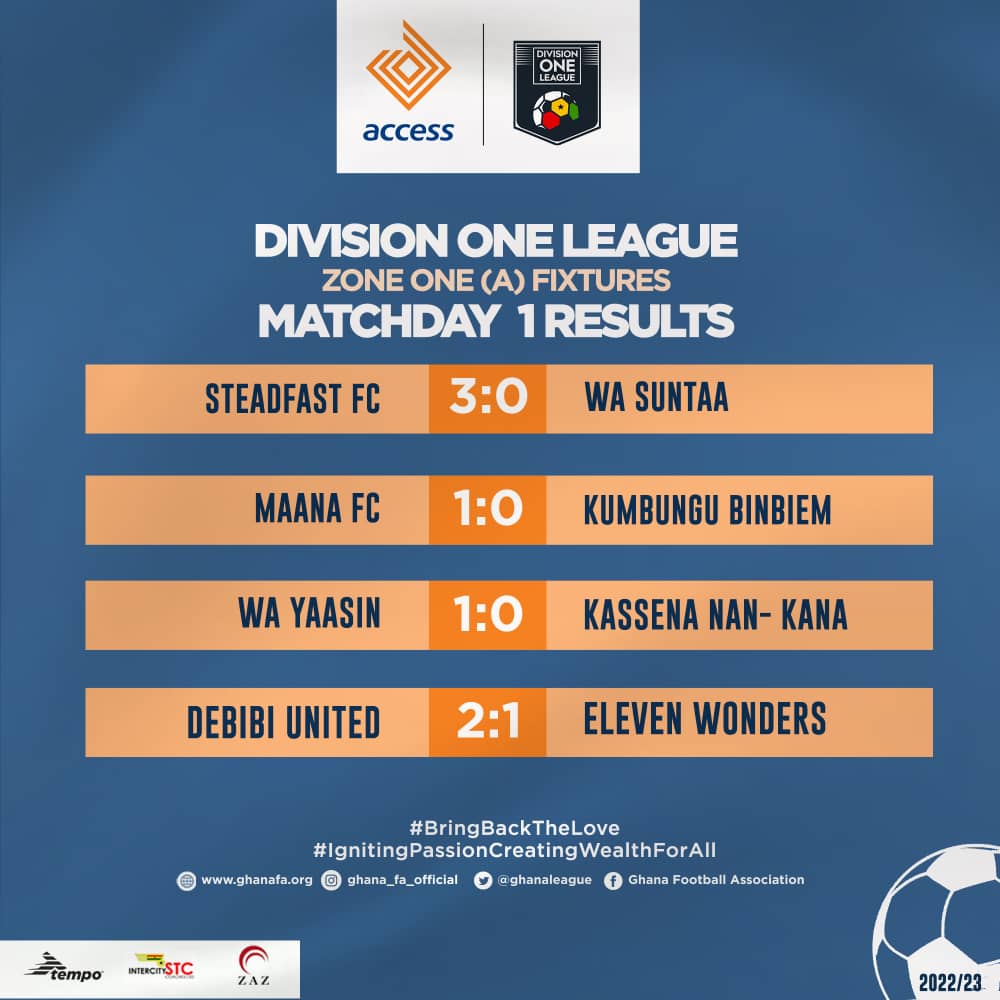