Daboase based Skyy FC beat Tema Youth 7-6 on penalties to lift the maiden Division One League Super Cup at the Madina Astro Turf.

The two teams came into the game with loads of confidence having overpowered their respective opponents in the semi-final and that tenacity and quality was on display. After 120 minutes of football the game ended 1-1 - setting the stage for extra time. 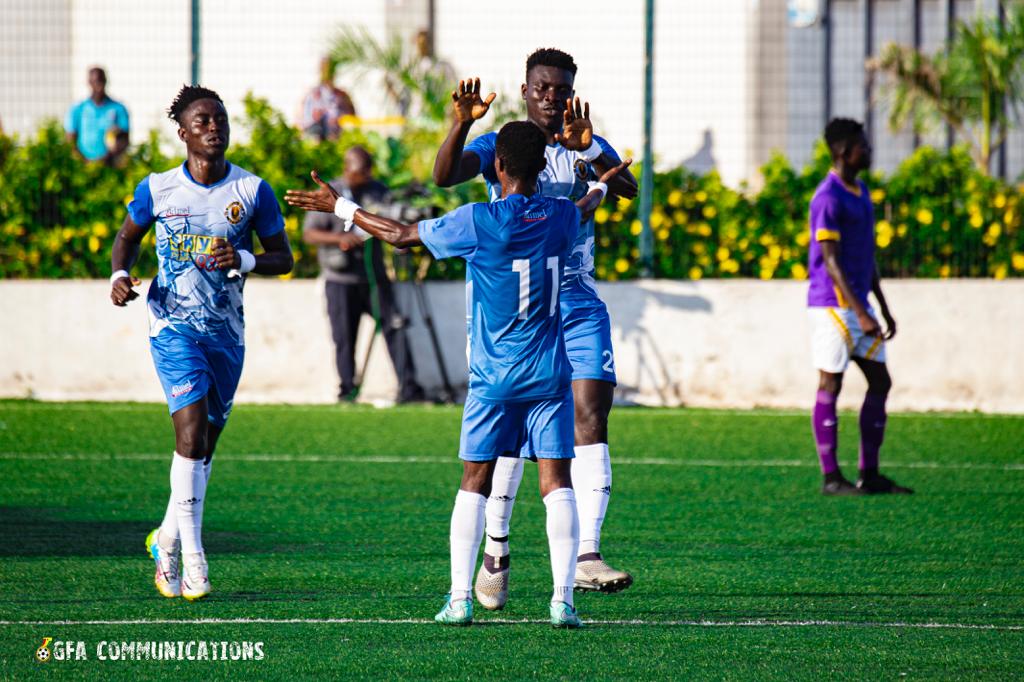 Skyy FC shot into the lead in the 15th minute of the game through Ebenezer Mamatah after picking a lovely ball from Emmanuel Eshun. The lanky attacker moved into space before rounding up the defence of Tema Youth to slot home.

With the game heading to the break, the Harbour Warriors finally got their breakthrough from Emmanuel Owusu right on the depth. The intelligent attacker who led the top scorers chart with three goals added his 4th in the competition to draw Tema Youth level.

The teams gave their all in search of a winner – but failed to convert the few chances that came their way in the second half.

Winger Emmanuel Eshun squandered what would have been an absolute beauty to restore the lead for Skyy FC but his shot went wide following a brilliant build up from the left flank. 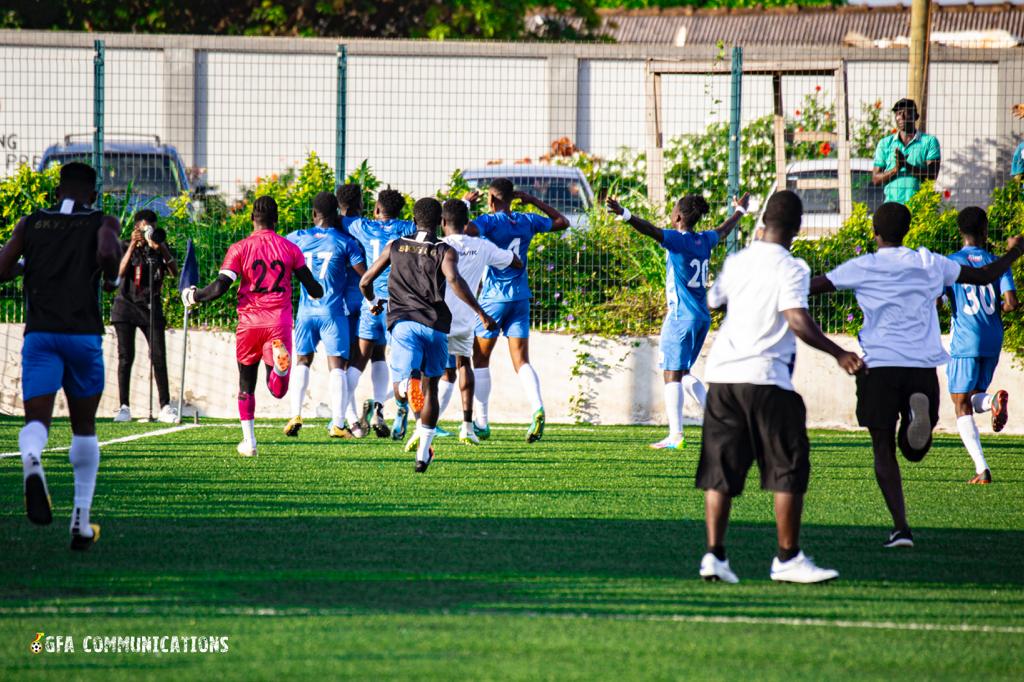 After a series of end to end action from both sides, the referee blew his whistle to end the game 1-1.

There was not much to pick from the Extra Time as both sides threated cautiously to avoid any slip and after 120 minutes of football – the game needed to be decided on penalty shootout.  Skyy FC converted 7 of their kicks while Tema Youth had 6 – giving the title to the Daboase lads.

Emmanuel Owusu of Tema Youth was adjudged as the best player of the Tournament. The 18 year old also scored 4 goals to win the Top scorer award.

Tema Youth received a cheque of GHC8,000 in addition to their Silver medals for finishing second while Champions Skyy FC walked home with a giant trophy, Gold medals and GHC15, 000 cheque for winning the Tournament.