Samartex FC continued their perfect run in the season with a 1-0 win against Basake Holy Stars on Match Day 17 of the Division One League.

The Sameraboi lads who have been absolutely amazing in this campaign with some eye catching performances did not disappoint on Sunday as they pip the newly promoted side 1-0 at home to keep hold of the top spot in Zone Two.

Enoch Afful scored the only goal of the match inside 15 minutes to give the home side all the spoils as they moved to 42 points – 9 points ahead of second placed Cape Coast Mysterious Dwarfs.

In Swedru – All Blacks pulled the brakes on New Edubiase United as they battled a 0-0 stalemate at the Swedru Park on Sunday.

Ahead of the game, the latter were flying high in the League with four wins in five matches and continued to breathe down the neck of Samartex but the result now leaves them in third place with 31 points.

Meanwhile Abubakari Gariba scored in added time to give Bekwai Youth Football Academy a 1-0 win against Skyy FC at Nana Gyamfi Park. The game was heading to a goalless draw until the attacker smashed home the winner in the 94th minute as BYFA moved to the 6th spot with 25 points. 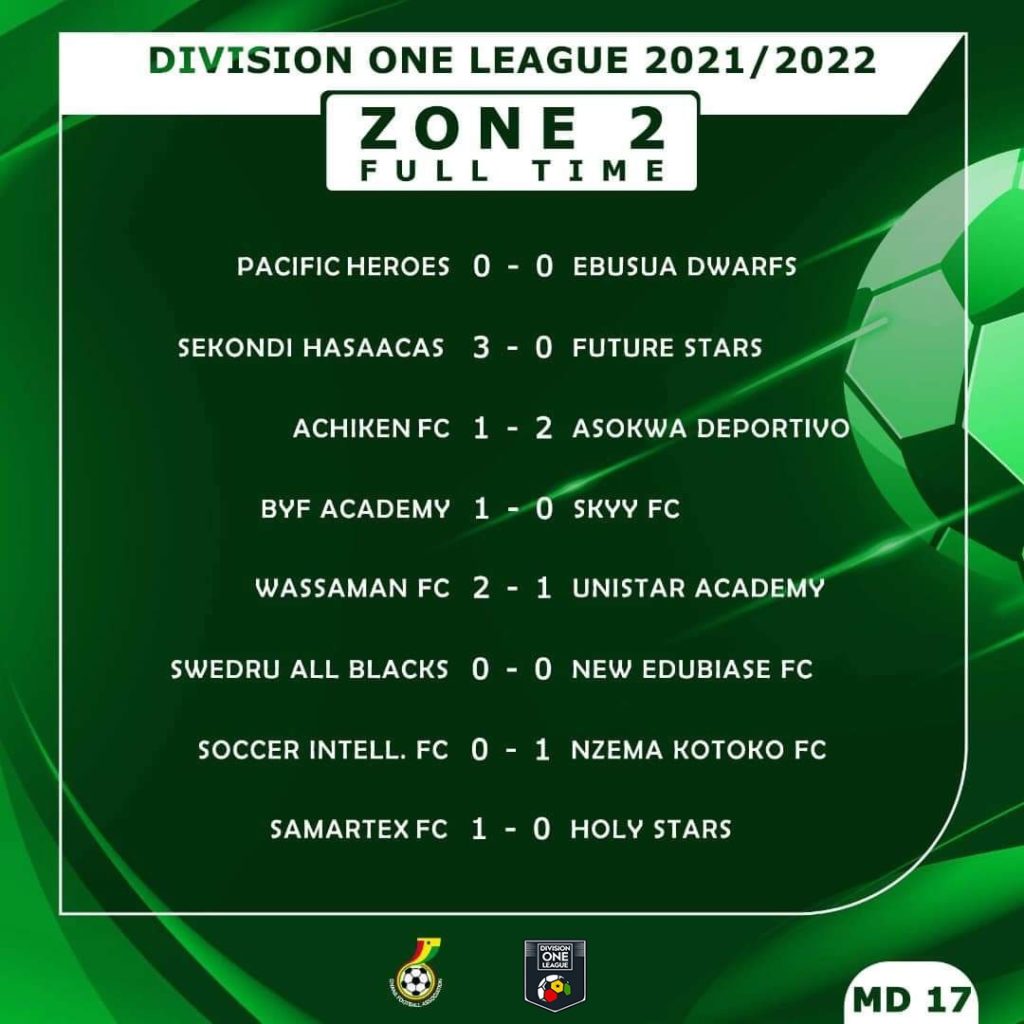