Port City FC recorded a slim 1-0 win against Agbogba FC on the final day of the Division Two three way play off at the Accra Sports stadium on Sunday.

The Kukurantumi based side who threw away a massive first half lead to lose 2-1 to Na God FC on Friday, needed to end the competition on a high despite missing out on the qualification slot.

The result leaves Port City FC in second place with three points while Volta Region’s Agbogba FC languish at the bottom without a point after losing two matches on the spin.

Find the final table in the attached file: 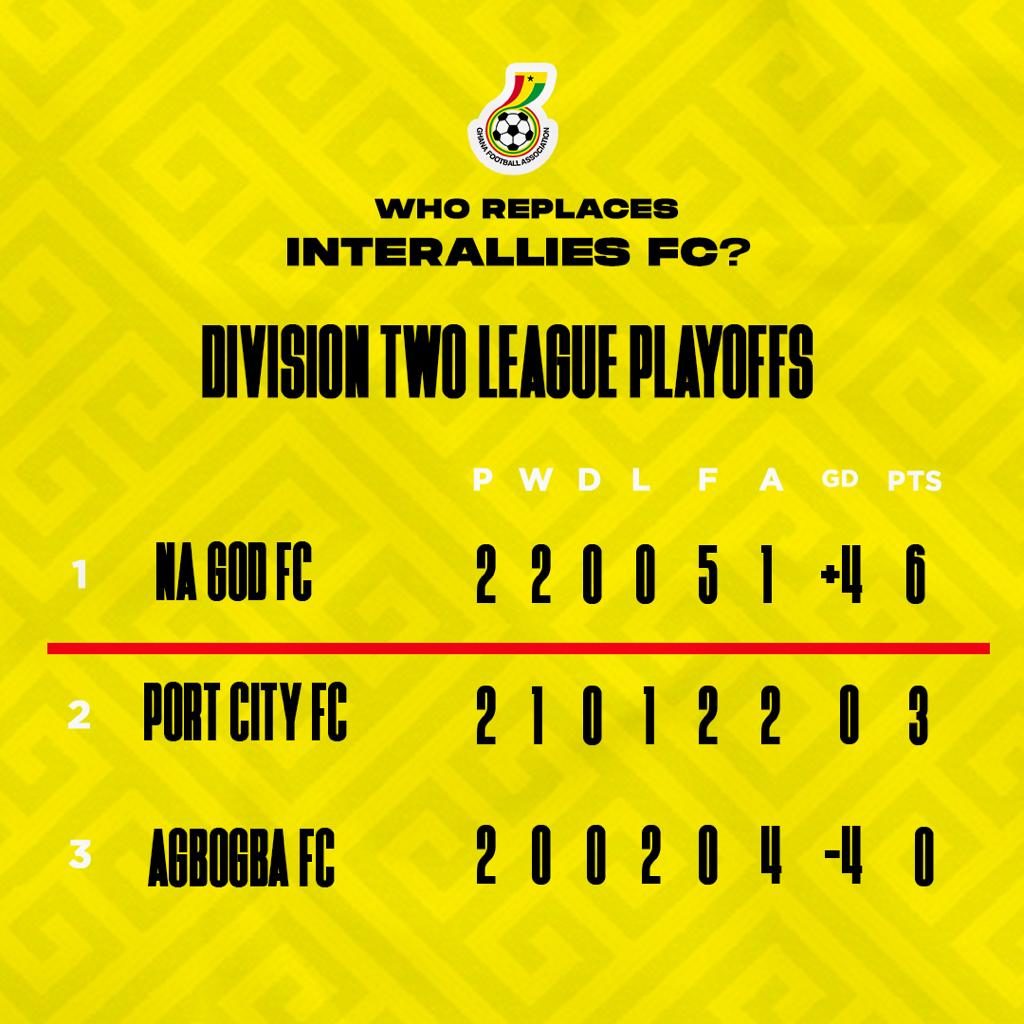