Fresh from their draw against arch rivals Hearts of Oak on Sunday, Asante Kotoko have the opportunity to win their first game in three competitive games when they battle Elmina Sharks on match day 17 of the Ghana Premier League at the Nduom Sports complex Friday.

Their last domestic game was on February 7, when they beat Karela United 2-0 to win their sixth game in the season as they scored in either half to record a sweet win at Ayinase. Asante Kotoko have yet to lose a game on the road and with two games in hand, the Porcupine Warriors are unbeaten in seven away games.

They seem to play comfortably away from home and buoyed by the inclusion of six of their players in the Black Stars, the former champions have a point to prove at Elmina having dropped points against Hearts of Oak on Sunday. They currently sit in 6th place with 24 points, 4 adrift Karela United with two games in hand.

Elmina Sharks will for the first time in three seasons go into a Premier League game with a new coach after the departure of Yaw Acheampong.

The club announced on Monday, that it has parted ways with the technical team headed by Yaw Acheampong after an unimpressive run of form. The former Tema Youth boss has since been replaced by former International team mate Nii Odartey Lamptey for the rest of the season.

He gets his first coaching job in the Premier League since 2009 when he worked with C.K Akonnor at Sekondi Eleven Wise.

He may sit on the bench for the first time against Asante Kotoko.

Elmina Sharks sit in 14th place, two points above the relegation zone and are in desperate need of points to save their campaign. Their last home game ended in defeat against Medeama SC and will fight to put things right.

Star man Benjamin Tweneboah has left for Aduana Stars but they boast of other top-quality materials who can deliver the club from its current predicament.

James Bissue has been absolutely brilliant for the side since his return to the local scene, scoring six goals in the League. They also have former Asante Kotoko man Daniel Nii Adjei, Alhaji Mustapha, Richard Mpong and Benjamin Arthur in their fold.

The game is scheduled for 6pm kick off at the Nduom stadium in Elmina and will be broadcasted live on StarTimes Adepa channel 247. 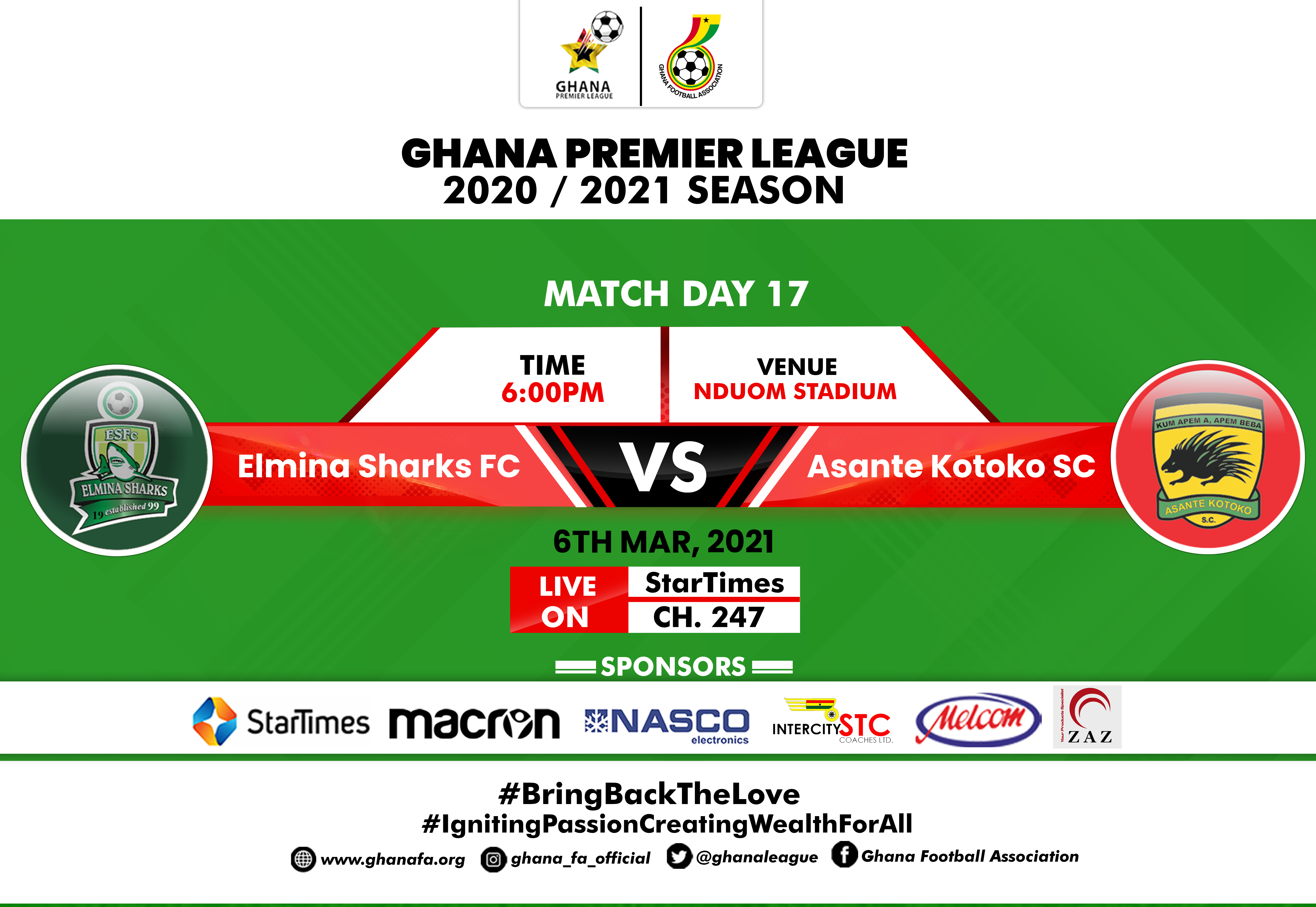