The Ghana Football Association has settled on the Ashanti Region as venue for the maiden edition of the KGL Inter Regional Challenge Cup and the 2021/22 MTN FA Cup final.

The KGL Inter Regional Challenge Cup is a competition created for the top teams in the Ten Regional Football Associations after which the best 12 teams would be selected to play in the KGL U-17 Inter Club Champions League in Accra.

The Regional Championship and the MTN FA Cup final are part of a number of tournaments that would take place outside Accra. This follows the decision of the Executive Council to spread competitions across the country as part of efforts to take the game to every corner in Ghana, Bringbackthelove and to ignite passion and create wealth for all.

It will be recalled that the Ghana Football Association earlier announced that the WAFU Zone B U-17 Cup of Nations would take place in June in the Central Regional capital – Cape Coast.

The 2nd edition of the Division One League Super Cup will be hosted in the Eastern Region while Women’s Premier Super Cup comes off in the Northern Region. 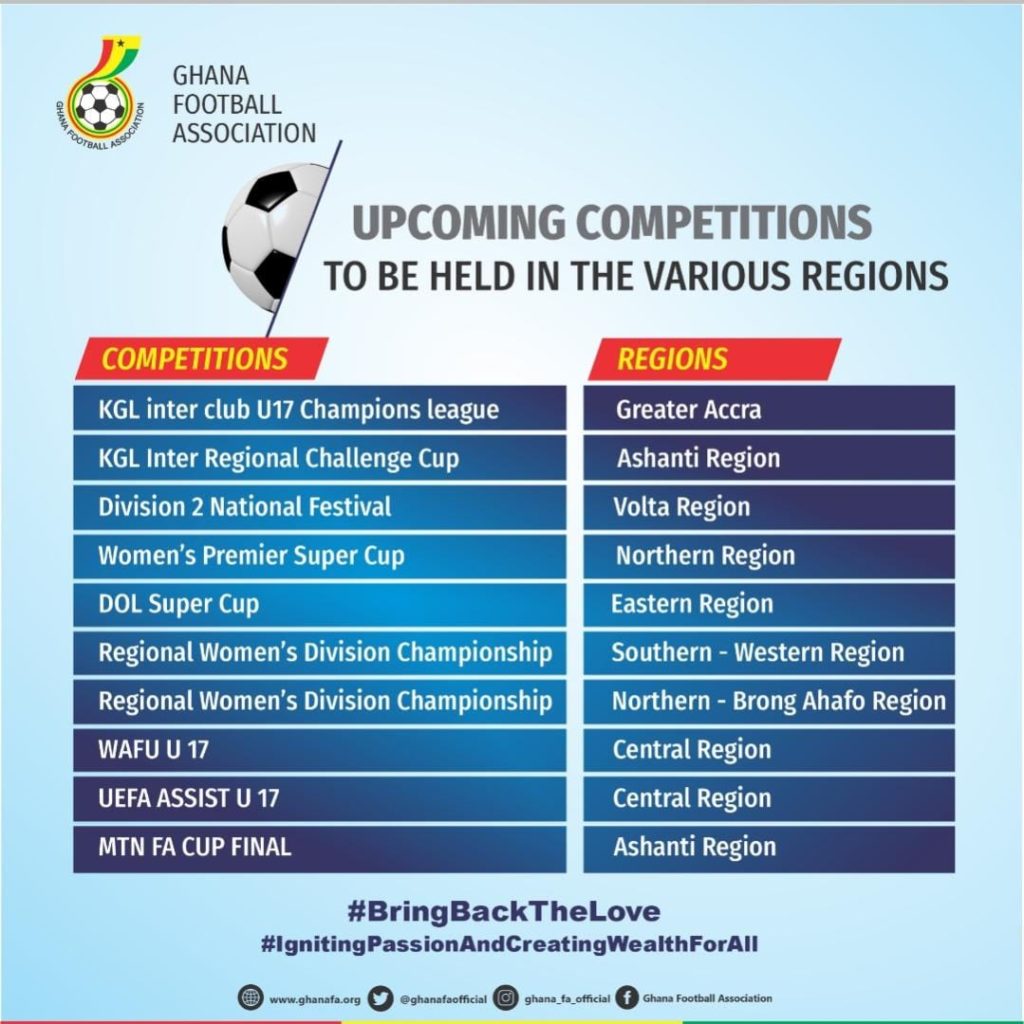