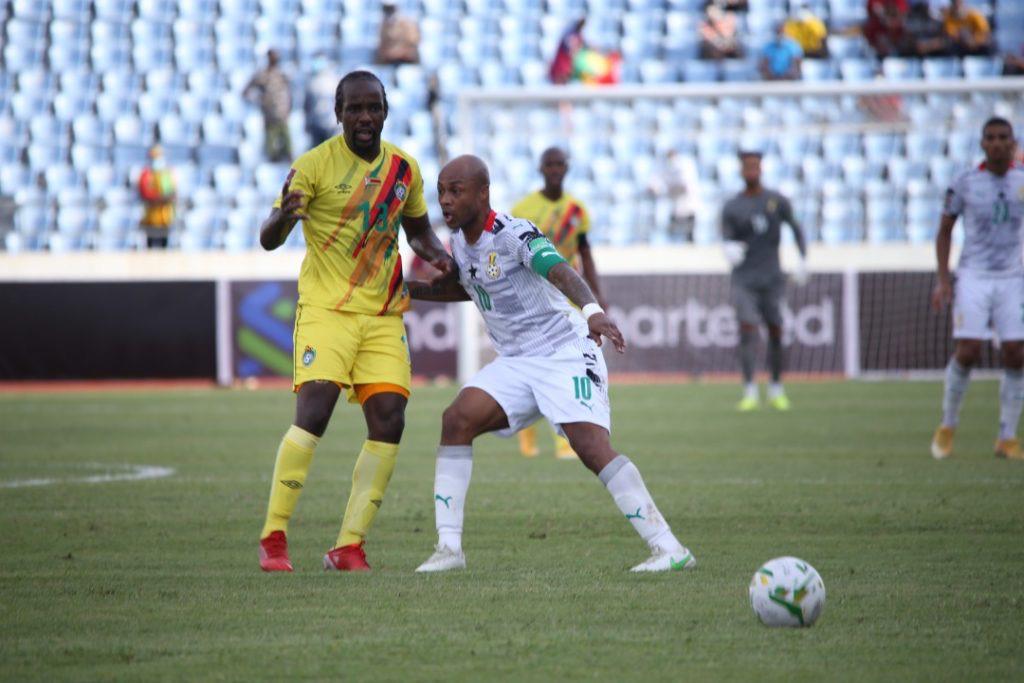 Mohammed Kudus, Thomas Partey and Captain Andre Ayew scored as Ghana cruised to a 3-1 win against Zimbabwe on match day three of the FIFA World Cup Qatar 2022 qualifiers at the Cape Coast stadium.

The result moves Ghana to six points from three matches after two wins and one defeat in the qualifying series.

Ghana made a great start to the game and took an early lead five minutes into the game through Mohammed Kudu who drilled home with his right foot following a beautiful team play between him and Jordan Ayew.  Minutes later, the Ajax midfielder was put through on goal by Kamaldeen Sulemana and should have made it two-nil. But Kudus shot zoomed straight to Zimbabwe goalkeeper Washington Arubi.

Ghana continued to dominate and created a couple of half-chances, while Zimbabwe struggled to come out of their own half. The Warriors tried long balls in their bid to unsettle the Black Stars defence but were unsuccessful.

After series of unsuccessful flurrying attacks the first half ended 1-0 in favour of Ghana. Back from recess, Defender Alexander Djiku conceded a penalty which was confidently dispatched by Zimbabwe captain Knowledge Musona on 5 minutes into the second half to bring the game level.

Zimbabwe then went on to hit the post through Knox Mutizwa's stunning effort from the edge of the box.

The substitutions paid off as Andre Ayew shifted to the right side of Ghana’s attack and Partey had the luxury to move into an attacking position.

Captain Andre Ayew sealed the victory with three minutes to end normal time as he headed into the net from Abdul Baba Rahman’s cross.

Ghana now moves to 6 points and sit second in the Group G table – one point behind leaders South Africa who beat Ethiopia 3-1 in Addis Ababa.

The Black Stars will hope to continue their winning run when they take on the Warriors in the reverse fixture on Tuesday, October 12, 2021 in Harare.