The derby, will pit two of the best youth sides in the Premier League against each other as both teams fight to save their season. Accra Great Olympics will be seeking to end their three-game winless run-on Friday. 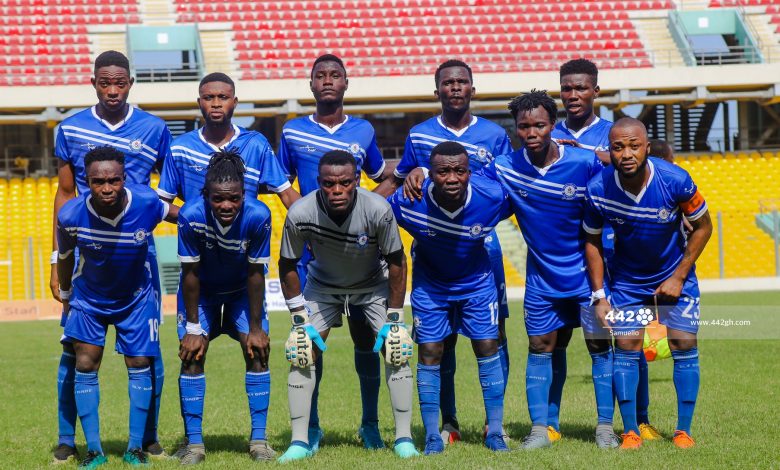 Their last victory in the competition was back in December when they pip WAFA 1-0 in a match day five encounter at the Accra Sports stadium. The Dade boys have since drawn with Ebusua Dwarfs (1-1) and lost 2-1 to Aduana Stars at Dormaa.

Great Olympics again, suffered their first home defeat last Sunday when they lost 2-1 to AshantiGold SC bringing to an end a four-game unbeaten run. They currently sit in 7th place in the League log with 11 points, four behind leaders AshantiGold SC.

Coach Annor Walker who masterminded their flying start to the campaign has been replaced by former Ghana International winger, Yaw Preko due to ill health.

The former Berekum Chelsea trainer is currently on admission at the Ridge Hospital in Accra, seeking treatment as his recovery date continues to drag.

Yaw Preko is expected to take charge of his first game when they take on Inter Allies Friday. The former Hearts of Oak assistant coach will heavily rely on star man Gladson Awako, the man who was recently announced as player of the month for December, Samuel Ashie Quaye, Philip Nii Sackey and Michel Otoo to get back to winning ways.

Inter Allies lie are among the bottom three clubs in the table and also need the points badly to move up the ladder.

The Eleven is to One side have lost five times this season, won twice and drawn once. Dani Mujkanovic who replaced Herikh Lehm last month has yet to hit the ground running as he has won one and lost one in his first two games.

Despite the form of Accra Great Olympics, especially at the Accra sports stadium, local derbies are always a tough one making this game highly unpredictable, yet we anticipate an entertaining tie-on Friday.

The game is scheduled for 3pm kick off and it will be broadcasted live on StarTimes Adepa channel 247.