The Phobians are without six players and Coach Kosta Papic needs to come up with something magical to win the game. Sharks host the Phobians at the Nduom Sports Complex in match day 8 of the Premier League.

Midfield trio Emmanuel Nettey, Abdul Aziz Nurudeen and Nigerien international Abdoulrahmane Mamane Lawali are out of the game due to injuries. 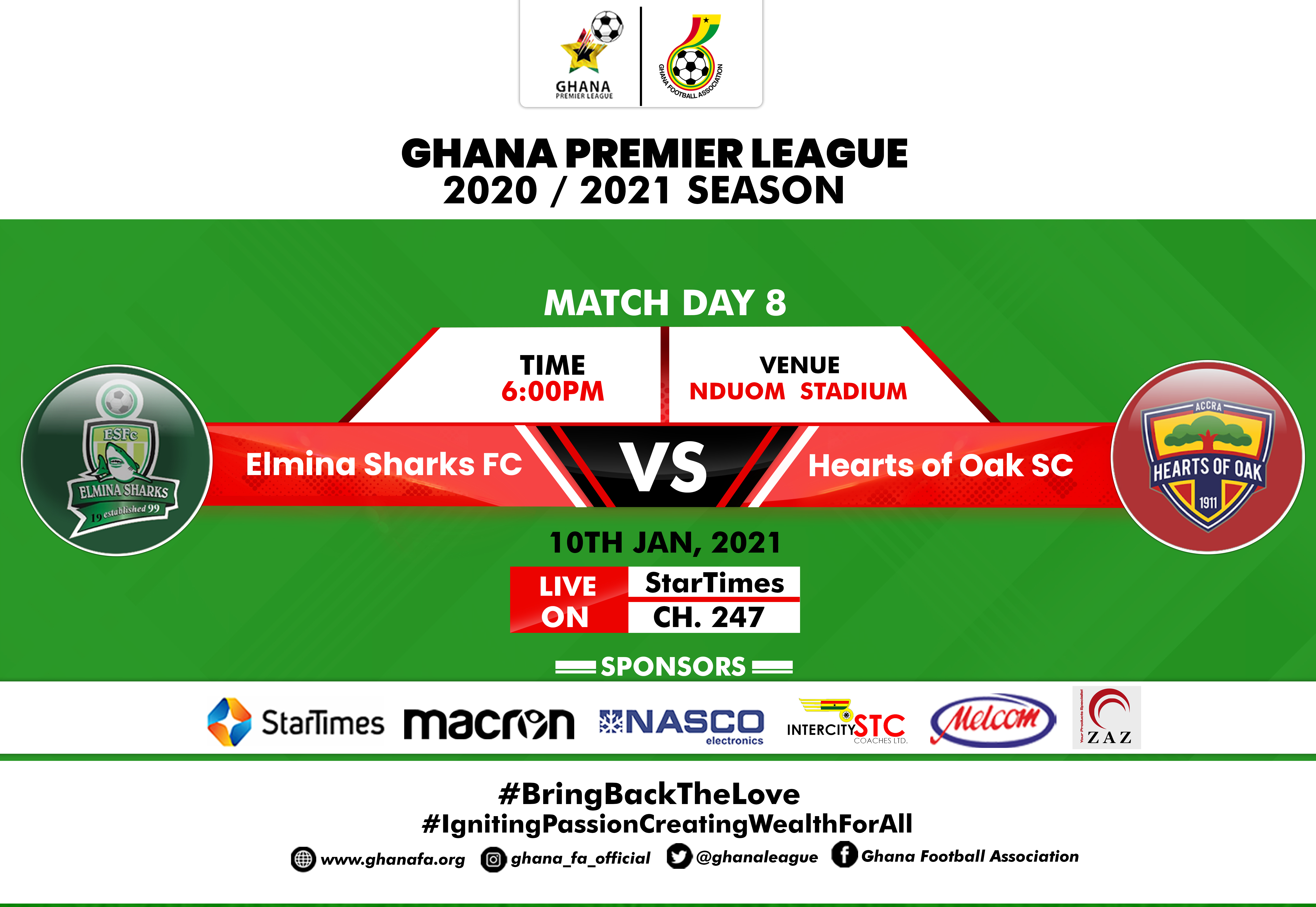 Hearts of Oak have not lost a game since the 2-0 defeat to Aduana Stars at Dormaa and a win against Elmina sharks puts them in a good position to compete for the title.

They go into the game buoyed by the 6-1 thumping of Bechem United last week. Under Kosta Papic, Hearts of Oak have scored eleven goals and conceded four. With the kind of form, they are in, they look very formidable, resilient and strong and can strand any opposition in the League.

Richard Atta has lost his place to Richmond Aryee and will certainly miss the opportunity to feature against his former club with former Techiman City shot stopper Aryee, likely to keep his place against Elmina Sharks.

For Elmina Sharks, fighting to get back to winning ways will be their aim heading into this fixture after their defeat to Karela United. They scored first at Anyinase but ended up losing 3-1 to the league leaders.

They have two wins from the three home games and will work hard to add Hearts of Oak to the list on Sunday. Sharks won against Aduana Stars (1-0) and Inter Allies (1-0) but dropped points against Liberty professionals in a 1-1 draw.

They boast of quality players like Benjamin Tweneboah, James Bissue, Benjamin Bernard Boateng, Richard Mpong, Emmanuel Addington and Isaac Donkor. Coach Yaw Acheampong will rely heavily on these players to get one over Hearts of Oak.

Hearts of Oak are currently lying 5th on the league standings after seven matches.

The game will be broadcasted live on StarTimes Adepa channel 247 at 6pm.