Zone Two leaders Gold Stars were held 2-2 by Sekondi Hasaacas on match day 25 of the Division One League at the Sekondi Gyandu Park on Wednesday.

Alhassan Salim shot Gold Stars into the lead in the 14th minute of the game after capitalizing on a blunder in the Hasmal goal area. The home side kept pinning their opponents into their half and got the deserved equalizer three minutes before the half time whistle. Ibrahim Mohammed Saana got on target in the 42nd minute after connecting from close range.

Despite the draw, Bibiani Gold Stars still sit at the top of the Zone Two table with 57 points after 25 League matches.

Second placed Skyy FC failed to take advantage of the results of Gold Stars as they also dropped points in a 2-2 draw against Asokwa Deportivo at the Okese Park at Ejisu.  Skyy FC will continue to sit in second place – seven points’ adrift Gold Stars with five matches to end the season.

Elsewhere at Kasoa, Michael Dawson scored a sixth minute goal to propel Star Madrid to a 1-0 win against Unistar Academy. 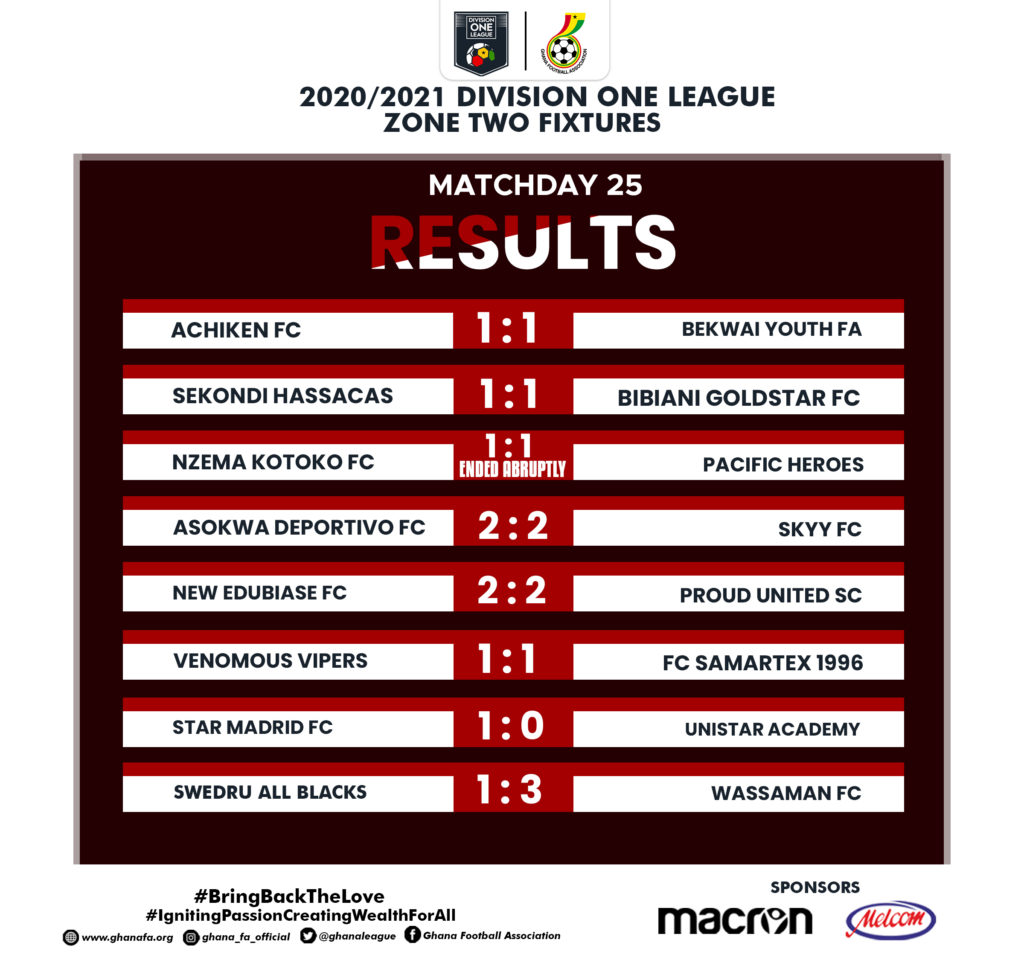