Real Tamale United moved to the top of the table in Zone One after beating rivals Bofoakwa Tano 1-0 at the Aliu Mahama stadium on Sunday.

The match day 26 clash was between two title contenders in search of a ticket for Premier League football next season.

Bofoakwa Tano went into the game as League leaders but slipped against the Northern giants to drop to second place – with a one point deficit.

Mustapha Fuseini was the hero for the home side as his 27th minute strike decisive for RTU. Fuseini drilled home from close range after a defensive blunder following a thunderous strike from 25metres.

The visitors threatened the goal area of the home side with some brilliant inter positional play but came to naught as RTU held onto win the cliff-hanger 1-0 to move back to the top of the table for the 9th time this season.

Earlier on Saturday, Tamale City who sit 5th in the table with 43 points were dealt a heavy blow at the Aliu Mahama stadium following a 1-0 defeat to B.A United. Nureini Kato Iddrisu scored in the 39th minute to give the Apostles a rare away win in Tamale. 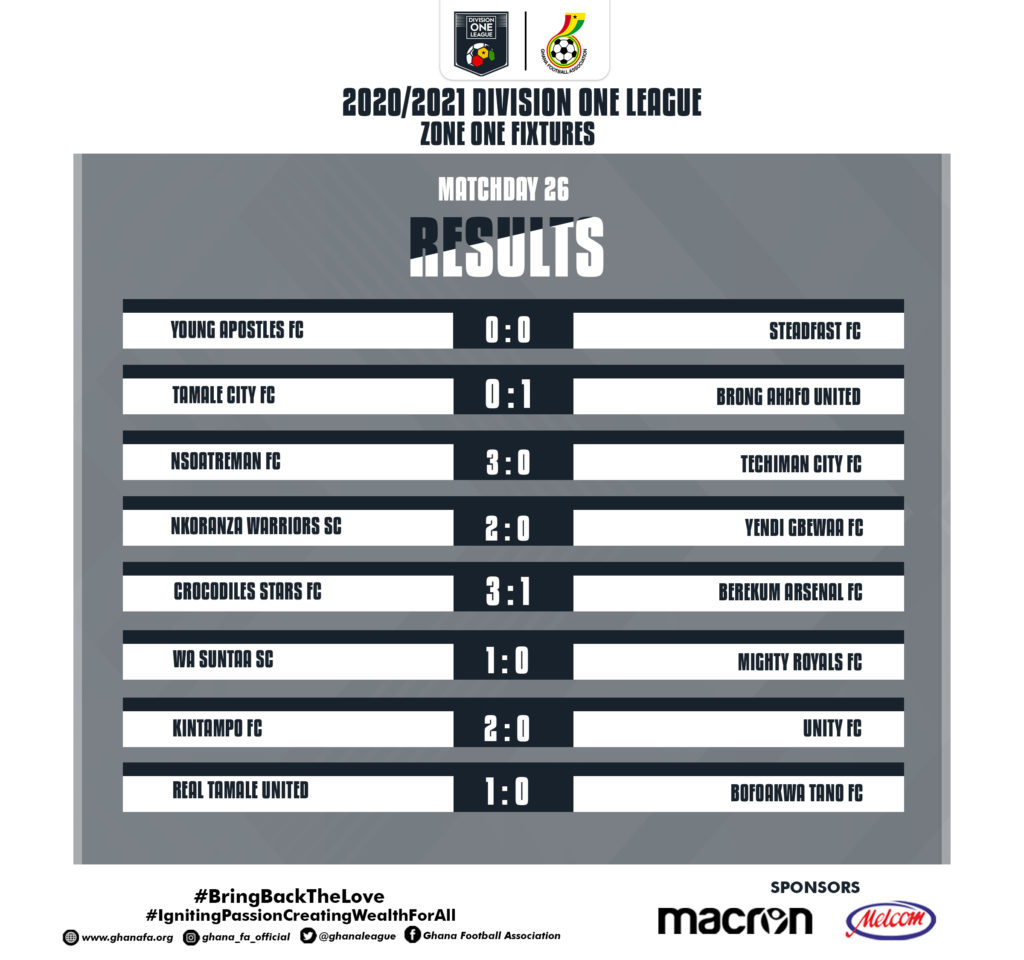