Bibiani Gold Stars opened an eight point gap at the top of the table in Zone two after their 2-0 win against second placed Skyy FC on match day 20.

The win put them in a pretty comfortable position going into the next match. The League leaders were surprisingly knocked out of the MTN FA Cup on Sunday following a defeat to Wassaman United in the preliminary round of the competition.

Gold Stars travel to Okese Park at Ejisu to take on Asokwa Deportivo FC on match day 21 of the Division One League.

Their closest contender Skyy FC who have a home game against Bekwai Youth Football Academy must avoid defeat to keep their title aspiration on course as another defeat will dampen their spirits and throw things in the way of Gold Stars.

Samartex 1996 sits in third place with 38 points – but still have a good chance of winning the League with nine games to end the season. The Sameraboi side have a daunting task against New Edubiase United at the Nana Gyamfi Park at Bekwai – with only four points separating the two sides. New Edubiase United sit in fourth place with 34 points. 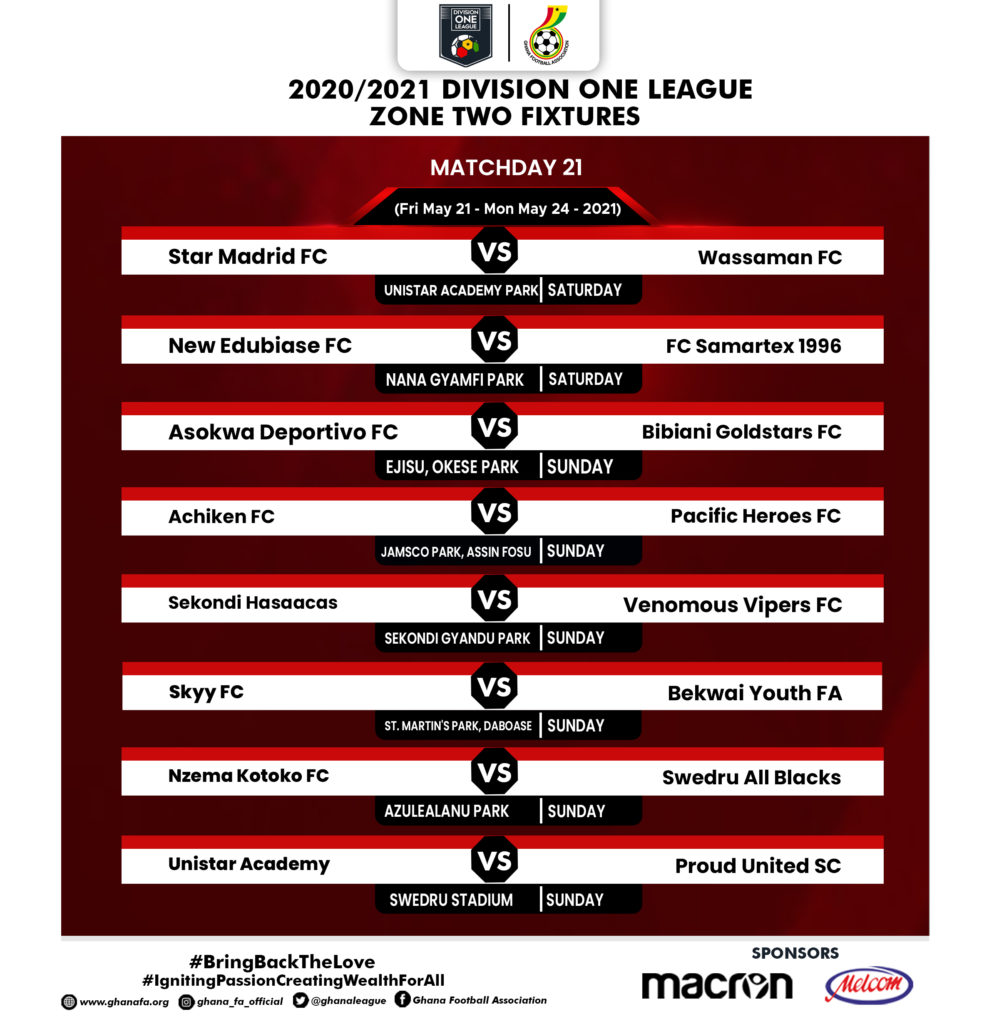