League leaders Gold Stars will trek to Agona Swedu to take on Unistar Academy on match day 19 of the National Division One League on Sunday.

The Bibiani lads opened a 7 point gap at the top of the Zone two table in midweek after beating Proud United 1-0 at DUN’s Park. Gold Stars have lost once in the on-going League but their prolific home form has done them a lot of good – 13 wins, four draws.

Skyy FC are second on the table with 36 points while FC Samartex sit in third place with 34 points.

Prince Owusu of Gold Stars has netted 13 times and sits at the top of the chart – three goals richer than Benjamin Yorke (10 goals) of FC Samartex 1996.

Unpredictable Asokwa Deportivo welcome FC Samartex to the Obuasi Stadium on Sunday in another gruelling encounter. 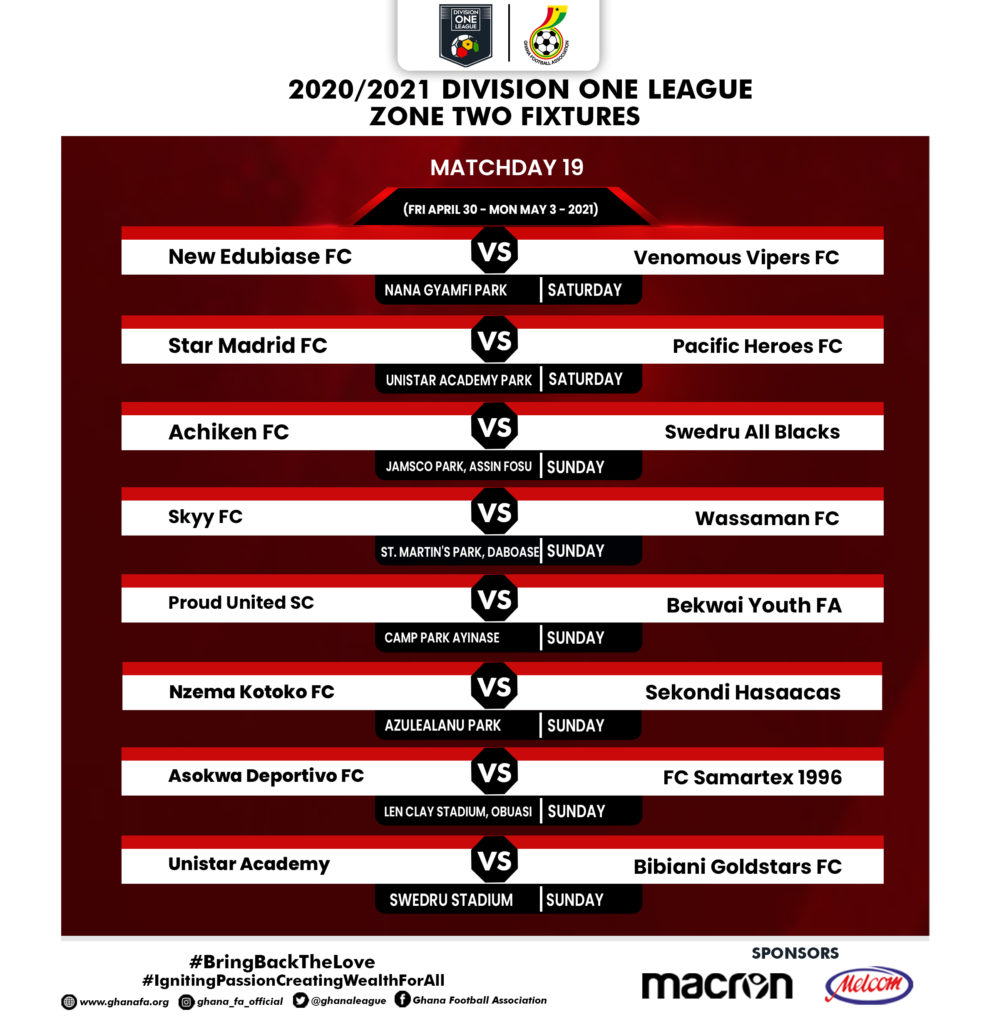