Steadfast FC won in mid-week to retrain their place at the top of the Zone one table – three points richer than city rivals Real Tamale United.

Mohammed Sheriff and Alhassan Siisu scored the Tamale lads in a 2-o win against Bofoakwa Tano at the Aliu Mahama stadium to throw the race wide open.

Steadfast FC will travel to Sunyani to take on B.A United at the Coronation Park on Sunday. Three of their defeats this season have come on the road and – need to work off their socks to get a good result against the Apostles this time around. They have recorded 11 victories and 4 draws – scoring 31 goals in the process.

Below are the fixtures for match day 19: 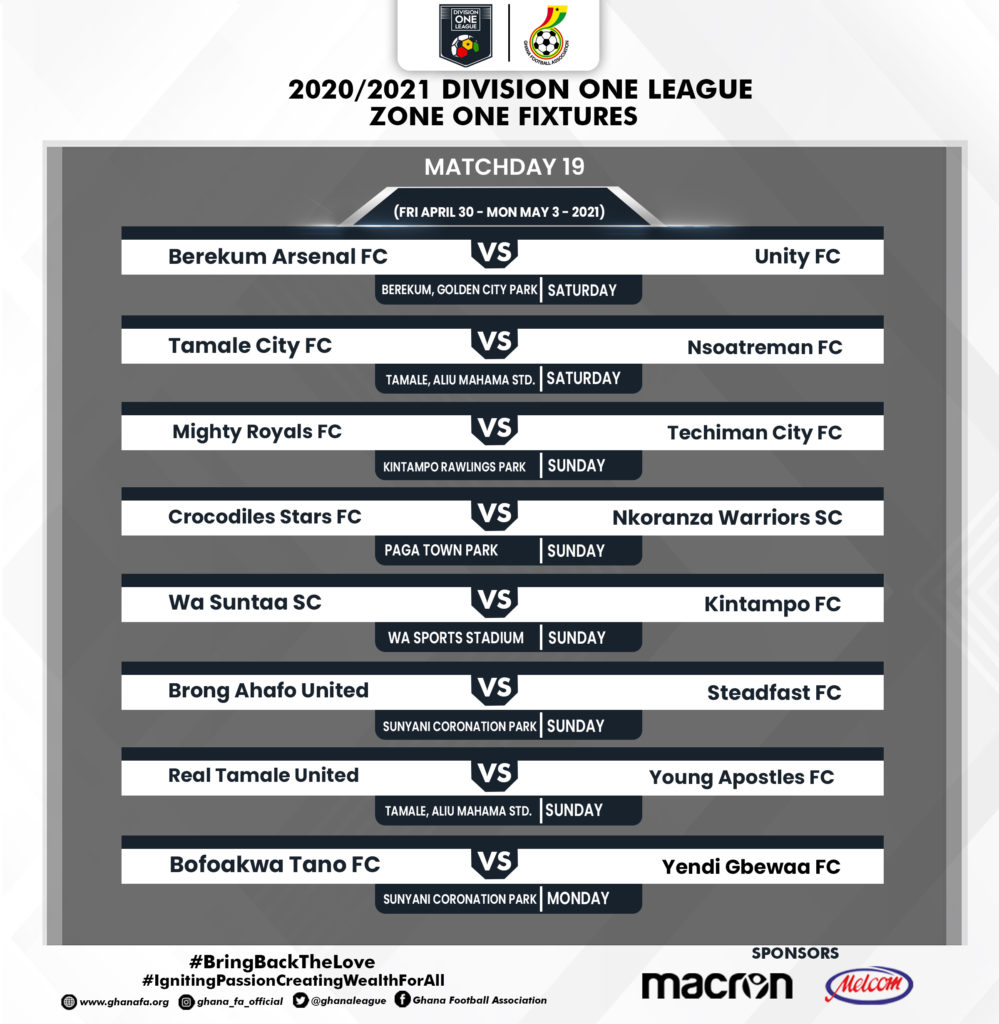