By convention, the FA Cup Organising Committee is expected to announce a venue for this year's edition of the prestigious knockout competition following impressive final matches played at the Accra and Baba yara Stadium in the last two editions of the competition.

These were announced by the Ghana Football Association in its revised calendar for the competition.

The knockout competition will bounce back in the week of Christmas with mouthwatering Round of 64 matches scheduled to be played from December 20-29, 2022 at various match venues across the country.

Below is the revised calendar for the MTN FA Cup competition. 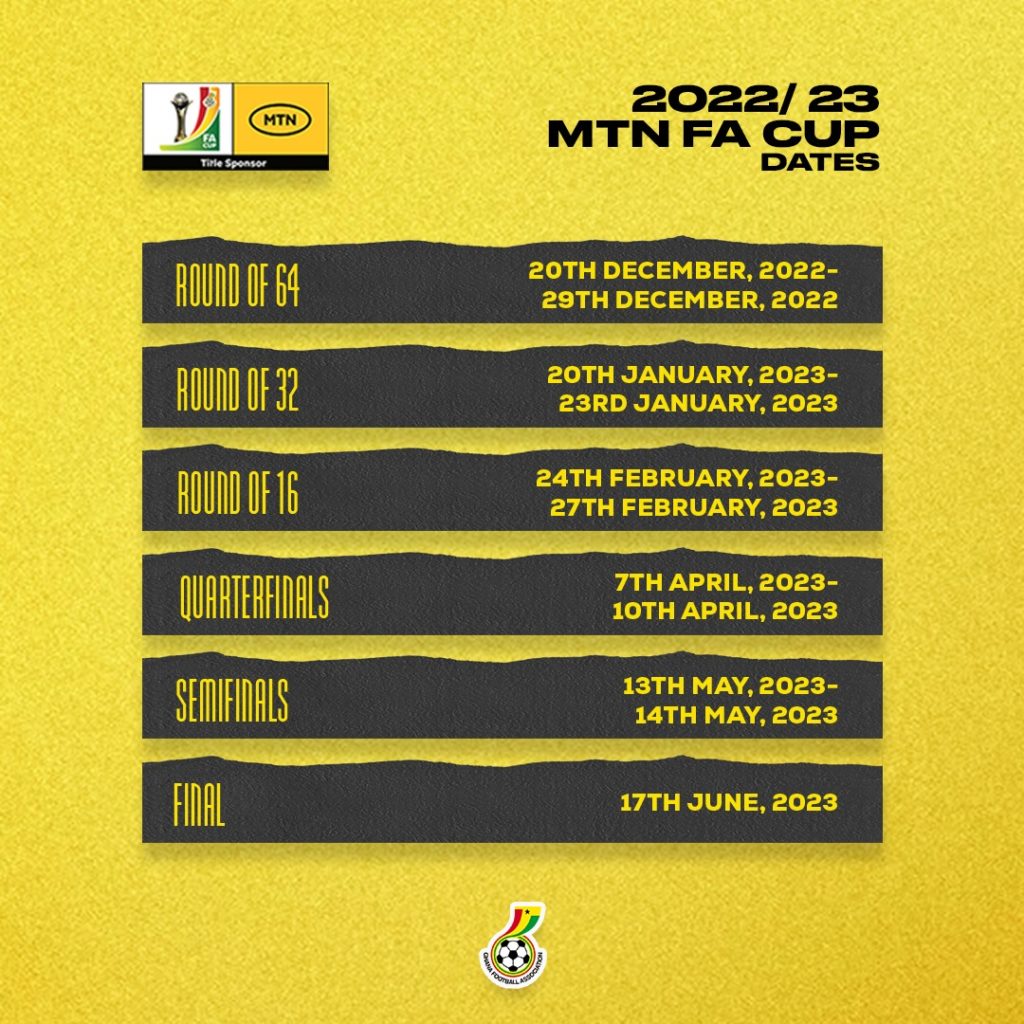