Otto Addo has recalled Baba Abdul Rahman to the starting line-up for the game against Uruguay on Friday, December 2, at Al Janoub stadium.

The Reading FC left back comes in for Gideon Mensah who started the 3-2 win against South Korea on Monday.

Aside him, Coach Otto Addo has also named Alidu Seidu in place of Tariq Lamptey who started against South Korea.

Here is the squad for the match: 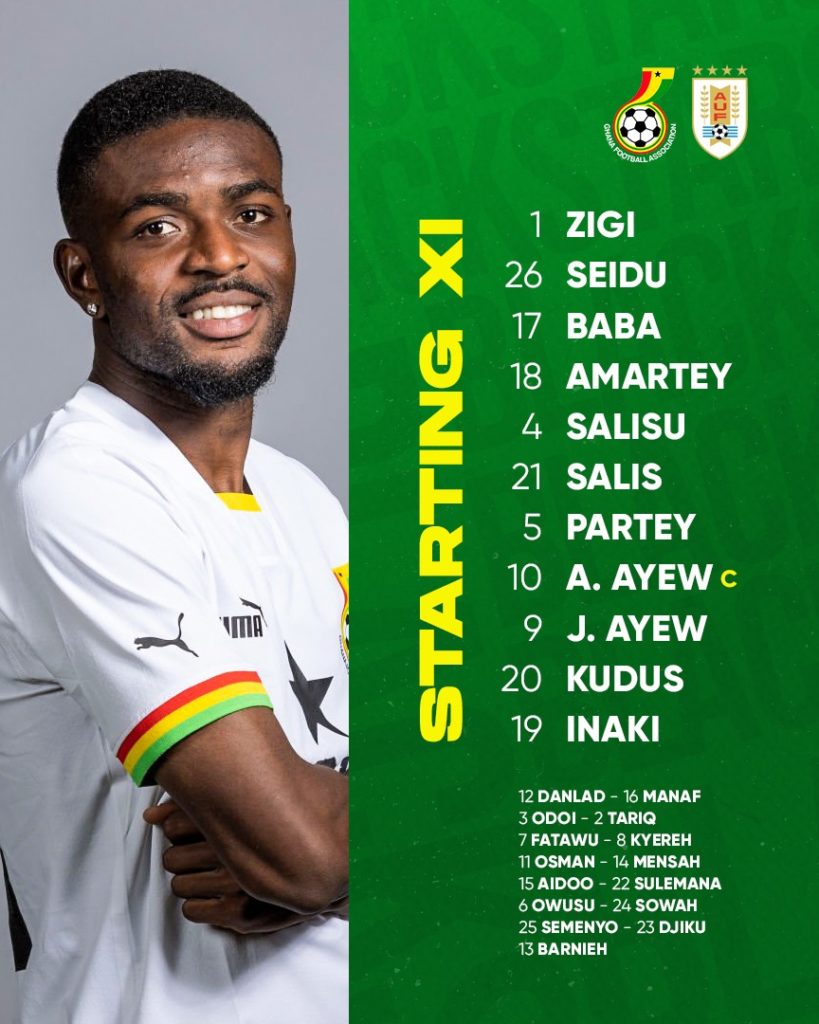