Accra Lions extended their unbeaten run to six games after pipping Accra Young Wise 1-0 at the theatre of Dreams, Dawu in the national Division One League on Sunday.

The zone three leaders recorded a dramatic 93rd minute goal through Oliver Amedor following a terrific combination with Najib Fuseini to pick all the spoils. Amedor was brought on in the 20th minute to replace Hashmin Ali who picked up an early injury.

The result takes the club to six wins in six matches in the ongoing campaign. They have also kept four clean sheets in the competition.

Elsewhere in Tema, former FA Cup champions, Nania FC threw away a two-goal lead to draw 2-2 with Tema Youth at the Tema park.

Nania were simply sensational in the first half of the game scoring through Bismarck Asare and Kojo Zambo in the 11th and 28th minutes to shock the home side.

The first half ended 2-0 in favour of Nania FC.

Back from recess, Tema Youth responded quickly by pulling one back in the 47th minute through Stephen Appiah.

The goal forced Nania to sit up as they changed their style of play to frustrate the home side. The teaming fans of Tema Youth sat on tenterhooks for a larger part of the game as they watched their side endure a forestall afternoon.

A vital away point that will do their confidence a lot of good. 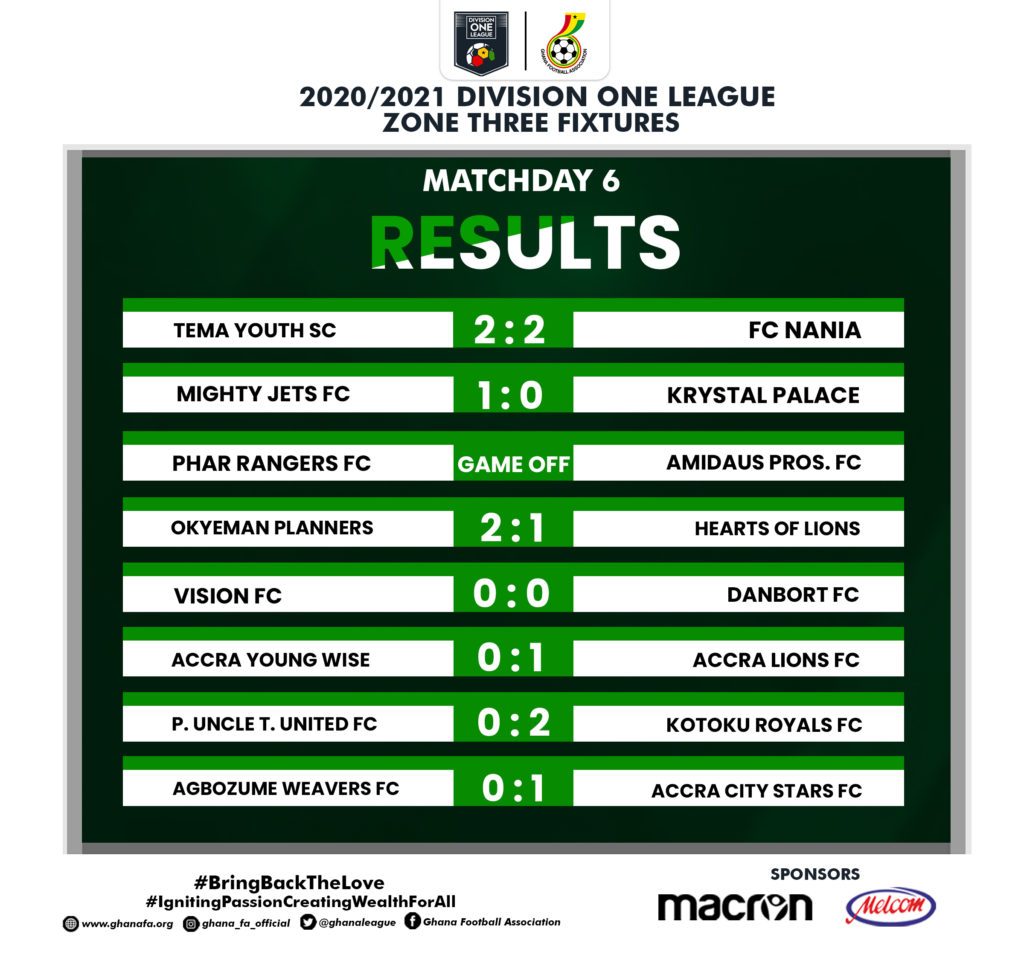