Nkoranza Warriors pick all points at home against B.A United in a very cagey game. The first half ended with both sides failing to capitalize on the opportunities created but Kwasi Ofosu got the first goal of the game for Nkoranza Warriors in the 50th minute – his 7th of the season with Kwame Boateng increasing the tally on the 57th minute for the home side. Ten minutes to end the game, the away side got a goal from Mohammed Abdul to make it 2-1 in favor of the home side.

Meanwhile former Premier League side Eleven Wonders shared the spoils with Debibi United in a 0-0 drawn game at the Ohene Ameyaw Park at Techiman. The away side created decent chances but failed to utilize them with the home team struggling to contain them in the entire minutes of the game.

Young Apostles recovered from their 3-0 loss to Nkoranza Warriors on Matchday 7 to beat Unity FC 3-1 at home. Abdul Hakim scored the first goal for the home side in the 15th minute as Hafiz Mohammed doubled the lead on the 17th minute of the first half. Unity FC came in the game strongly after conceding two quick fire goals in 17 minutes with Emmanuel Kwarteng scoring on the 20th minute just before the break. Isaac Baffoe cemented the victory on the 88th minute for the home side with the man of the match going to Abdul Karim Mohammed who scored the first goal for Young Apostles.

Find the full results in the attached file: 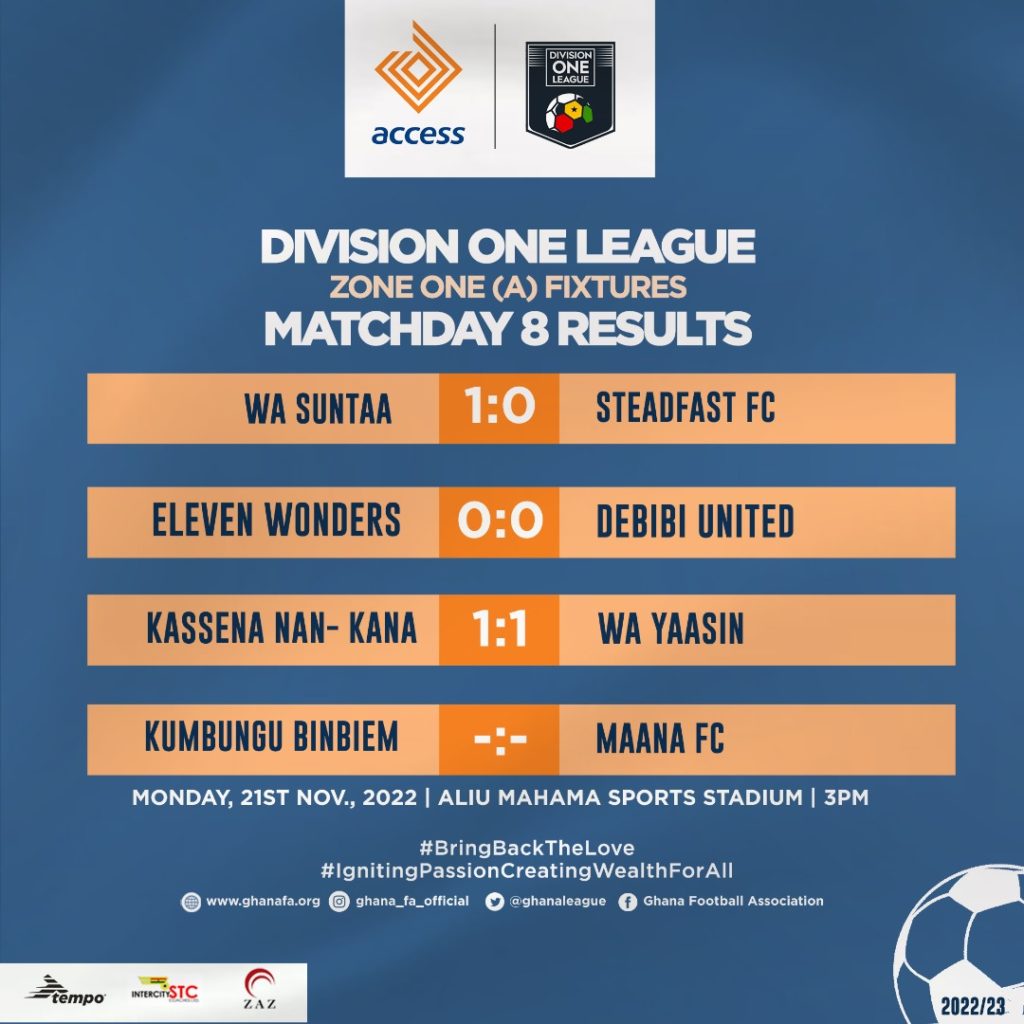 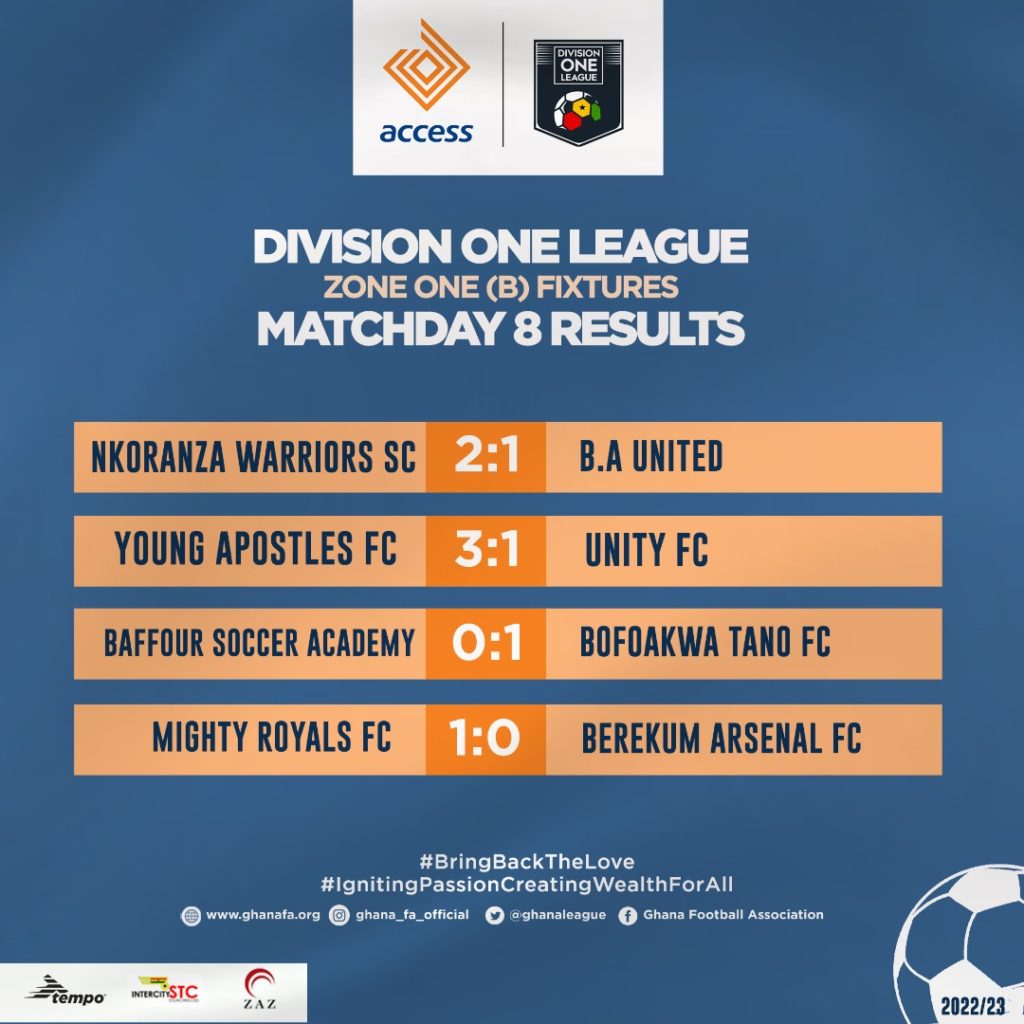