Liberty Professionals will battle Heart of Lions at the Fred Crenstil Park at the Ghanaman Centre of Excellence on Saturday. The Scientific Soccer lads are yet to pick a win in their last five games with four draws and a loss whiles Heart of Lions are currently on top of the League log with 14 points. Heart of Lions have won four games and drawn two matches. Heart of Lions striker Samuel Aryeetey Okine is currently the top scorer in Zone three with 4 goals and will be looking forward to increase his tally in week seven.

In another grueling battle, Vision FC will face off with Na God FC at the Nii Adjei Kraku II Park on Saturday. Both clubs failed to win their week six games with Na God FC drawing against Uncle T United whiles Vision FC lost to Akatsi All Stars. Vision FC have won only once and have been without a win since the opening fay of the season. They have recorded three draws and lost two matches this season whiles Na God FC have won three games, drawn one and lost twice after week six.

High flying Koforidua Semper FI FC will battle Susubiribi SC at the El- wak Sports stadium on Sunday. Both clubs won their week six matches by a goal to nil and will be hoping to improve on their current form. Koforidua Semper FI are second in the League log with only two points separating them from the top whiles Susubiribi have nine points and are seventh in the League log.

Find the full fixtures below: 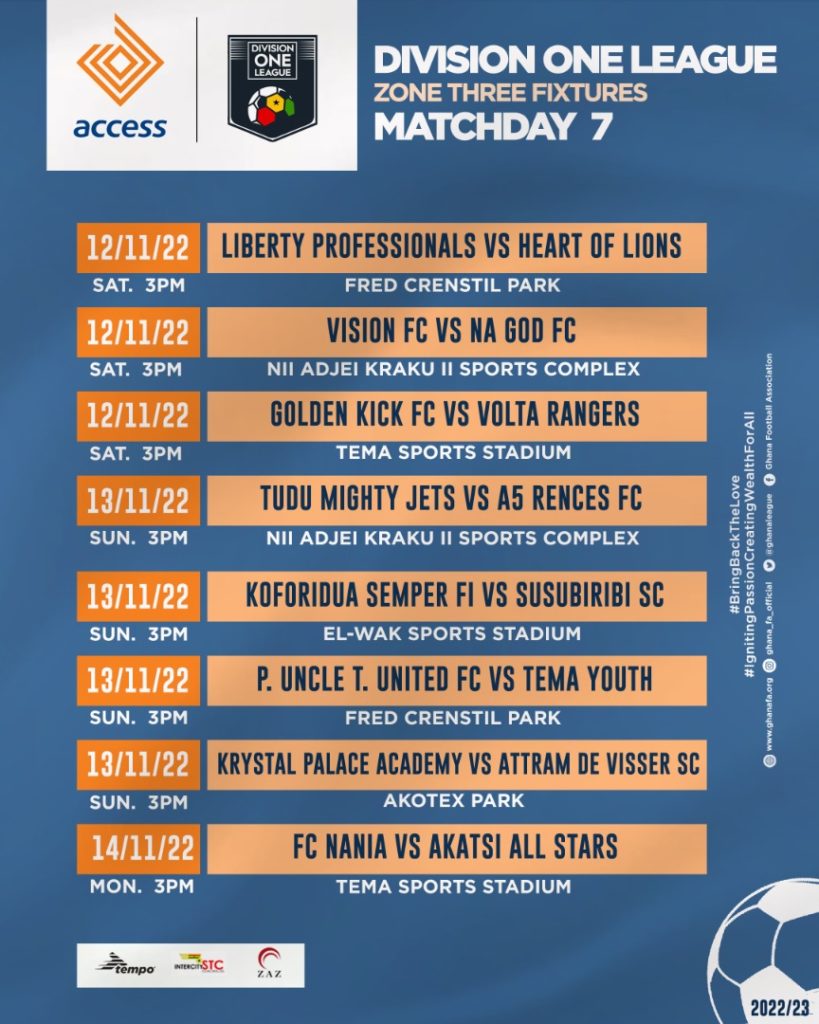