Kpando Heart of Lions continued their winning run on Matcday seven of the Access Bank Division One League as they pip Liberty Professionals 1-0 at the Fred Crenstil Park at Prampram. The former, have been on top of the Zone three table following a decent start to the season, culminating in four wins, two draws and no defeat.

Benson Kofi Yeboah, left it late to net the match winner as he scored in the 93rd minute to send Liberty Professionals back home with empty hands. The win keeps Heart of Lions at the summit of the Zone three table with 17 points from 7 games -four points richer than Koforidua Semper Fi who are second in the table with 13 points.

In other news, Koforidua Semper Fi managed to draw 1-1 at home against Susubiribi United. Daniel Kpakpo got the opener for the away team on the 15th minute mark before Jude Asante Akplie equalized in the 21st minutes for the home side. The second half didn’t produce any goal as the game ended 1-1.

Meanwhile Golden Kicks grabbed a win against Volta Rangers at the Tema Park. After a scoreless first half, Dacosta Owusu grabbed his fourth goal of the season in the Division One League as he scored in the 71st minute to get the win for the home team to increase his goal tally to four in 7 matches.

Former Premier League side Tema Youth SC won their second consecutive game of the season following a 1-0 win against Uncle T United. Mac Williams Boateng grabbed the winner for the away team in the 84th minute to silence the home fans. Uncle T United have yet to win a game in the League after drawing six and losing one in the second-tier competition.

Here are the zone three results: 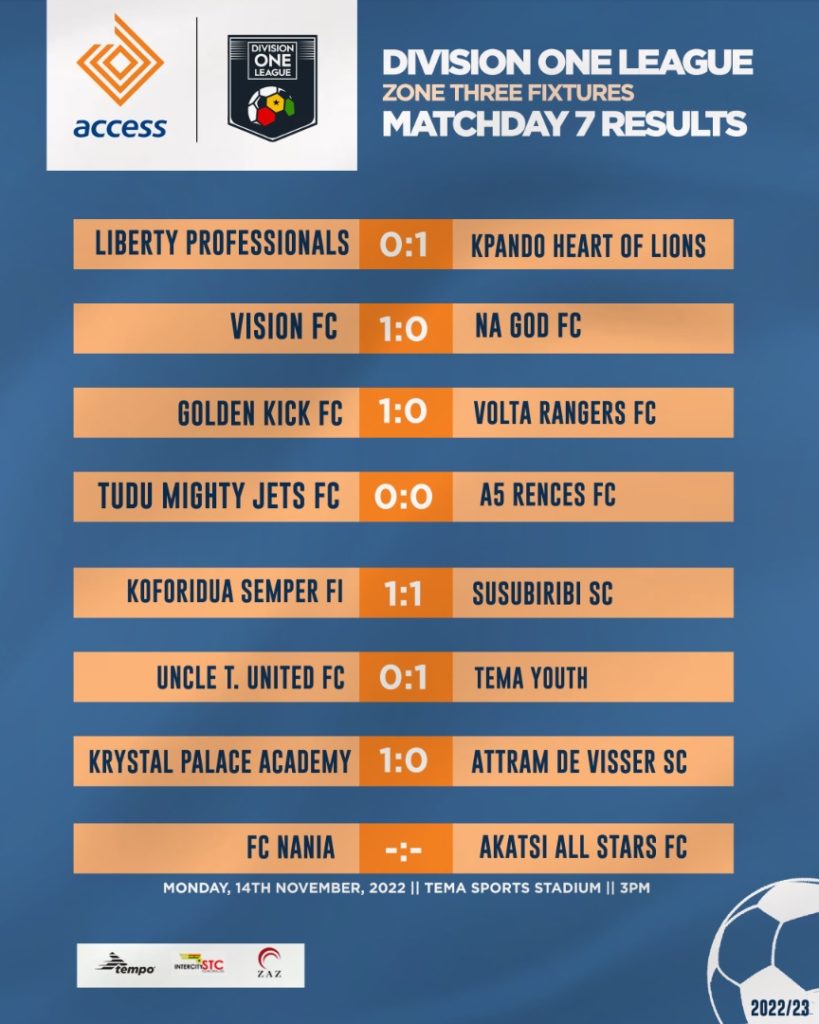