The Access Bank Division One League will continue this weekend as teams who failed to make an impact in week one seeks to change their fortunes whiles others aim to continue their winning streak on Match Day Two.

Twenty-four games were played across the League centers with as many as forty-nine goals being recorded across the centres.

B.A United will be playing Bofoakwa Tano in the Sunyani derby at the Coronation Park on Sunday.

B.A United drew their first game of the season against Nkoranza Warriors and will be fighting for their first three points of the season whiles Bofoakwa Tano aim for their second win on the spin following an opening day victory courtesy a stunning strike from Junior Alipio.

Here are the Match Day Two fixtures for Zone IA & 1B: 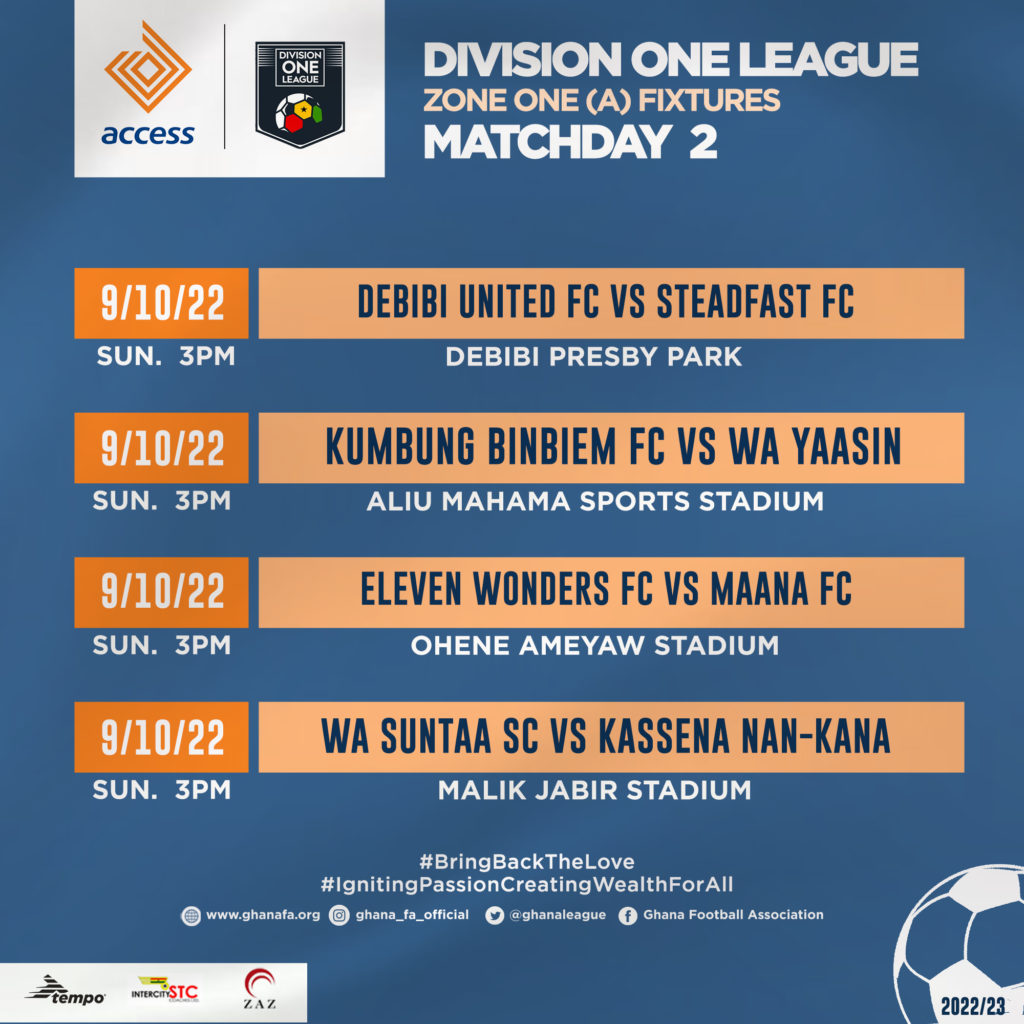 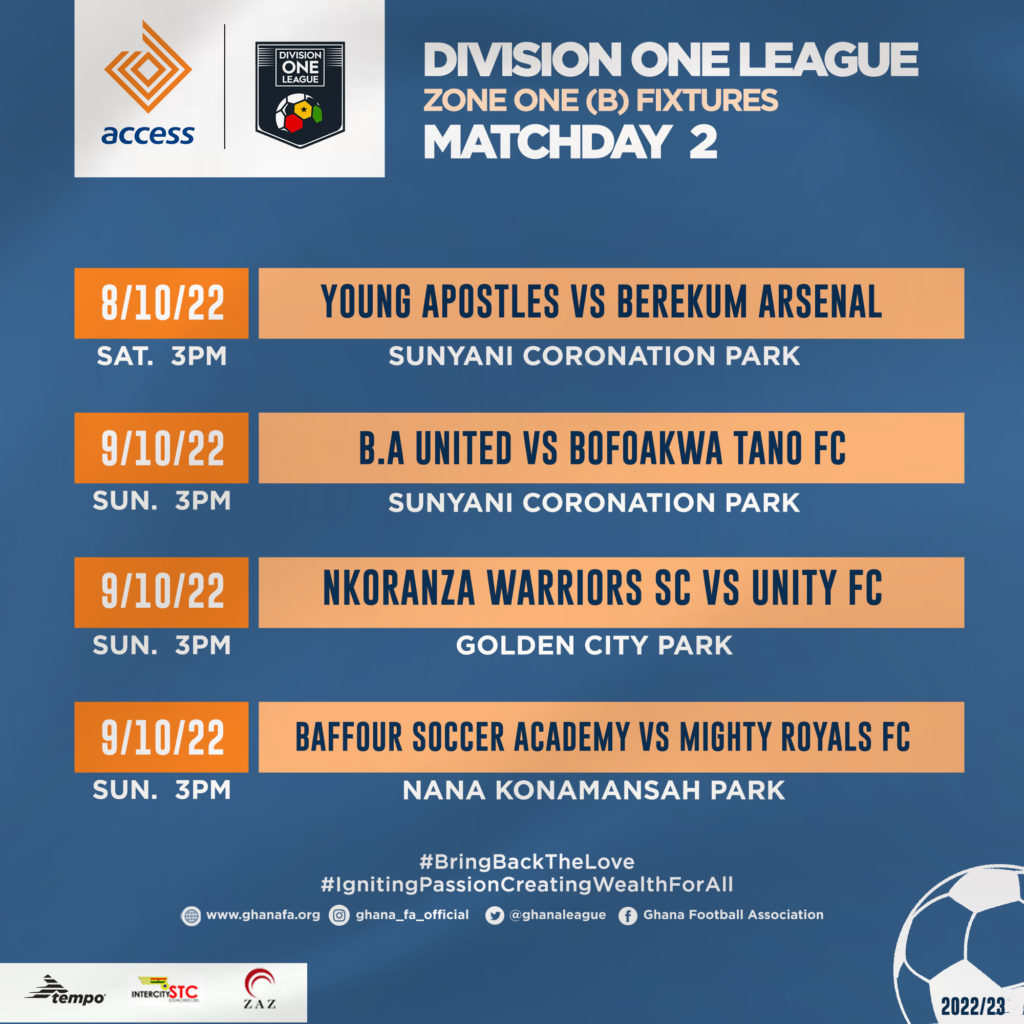