64 qualified clubs for MTN FA Cup Round of 64

The 64 qualified clubs who will compete in the Round of 64 of the MTN FA Cup competition have been announced following the last round of preliminary stage matches played last Thursday.

16 Division Two clubs have progressed to the Round of 64 stage of the competition after scaling through the prelims.

30 qualified Division One League sides will also join the 18 topflight sides in the round.

Pairings for the round of 64 will be announced after the live draw which will be held at the GFA Secretariat on Wednesday, November 16, 2022.

Below are the qualified teams: 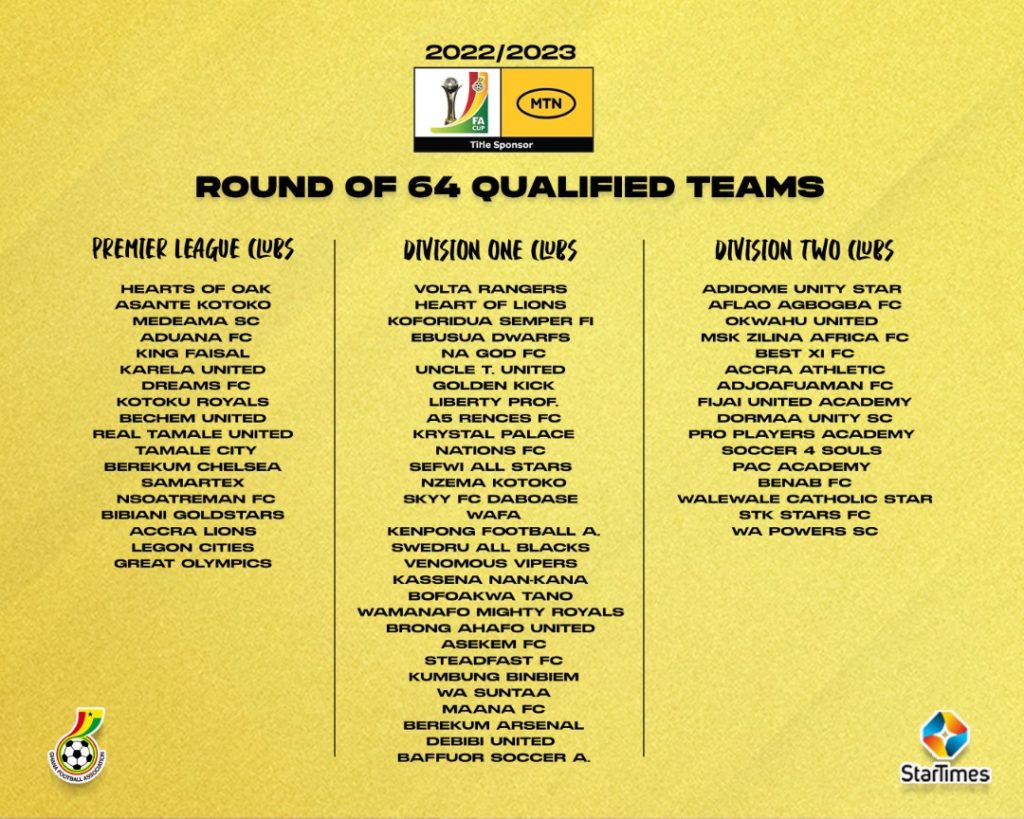