Ghana’s male U-17 team, otherwise known as Black Starlets, will resume camping next week to prepare for the 2020 WAFU Zone B Cup of Nations, slated for Benin from October 17-31, 2020.

Here is a transcript of our interview with Head Coach Ben Fokuo.

Q: HOW HAS THE COVID-19 PANDEMIC AFFECTED YOU AS HEAD COACH OF THE U-17 NATIONAL TEAM

It has affected us a lot because we started camping around February, which we were having about 5 months to prepare since the competition would have been in July. The pandemic has affected us a lot because now we have about a month to prepare the team and so things we need to go through when you have enough time to prepare the team for a competition has been reduced to less than two months of preparation. The players have been screened, picked and camping had started already, so, things that have to be done in five months have to be done in less than two months so we need to speed up to be well prepared before we leave.

Q: HOW WILL YOUR PROGRAM SCHEDULE BE LIKE, AS YOU ARE ABOUT TO BEGIN CAMPING WITH FORTY PLAYERS?

As I said earlier, the things we need to do through the 5 months, we don’t have it now, so, this program will be a little bit packed. The first week will be about accommodation and whatever it is to get them to a certain stage which we think will be good. We don’t have matches to play now because the teams are locked up. So, we can’t play competitive matches with the local teams. We are going to have a program which will make the boys fit so that we can get closer to where we need, before we get to the match period.

Q: DID YOU FOLLOW THE PLAYERS DURING LOCK-DOWN AND WHAT DID YOU DO ABOUT THEIR FITNESS?

We called to give them some training programs for them to follow, thus the training they should do and what not to do, so that when we get to camp, we won’t start afresh but rather continue from where they left off.

Q: YOU HAVE A LIMITED TIME TO PREPARE FOR THE TOURNAMENT, ANY NEWS ON YOUR OPPONENTS AND DO YOU THINK YOUR PLAYERS ARE READY TO DELIVER?

I don’t have any information on the teams I’m going to play against, neither do I know the pairings for now. So far as I am concerned, we need to be ready for all the teams. Sometimes you don’t even get the chance to watch the teams you’re going to play apart from maybe getting a scout to watch those teams for you which I will do before we leave for the tournament. This is a national assignment so you need to prepare well to meet any team and the players should up their game when they meet their opponent in order to win the tournament. 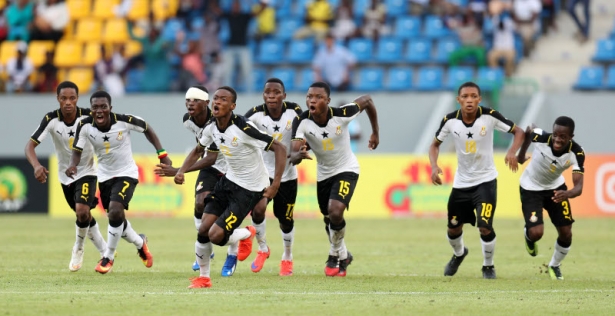 Q: WHAT STRATEGY IS THE TECHNICAL TEAM GOING TO ADAPT TO BE ABLE TO BRING BACK THAT LOVE WE HAVE FOR THE U-17?

I think you are right because it’s been a long time since we experienced success from the U-17 team. We need to work harder, plan well and have double training and raise our games to the level of the past U-17 sides. That’s what myself and the technical team are aiming at, so that we can bring back that love for people to see the new breed of U-17 players. So, we are working very hard to have a formidable team to represent the nation and so the boys are working hard for us to get that glory back. Because, if the U-17 side succeeds, we can get a formidable team for the U-20 side and the senior national team, the Black Stars so we will do our best, people should watch out for this team.

Q: NOW WE ARE PREACHING THE BRING BACK THE LOVE CAMPAIGN AND AS A NATIONAL TEAM COACH, WHAT MESSAGE DO YOU HAVE FOR GHANAIANS?

The message I have for them is that, everybody has to support us more and follow the national teams as they have been doing because, learning about the support of Ghanaians, helps the players to work harder. We want them to follow the team because we are in a new era now and so they should bring their love and support the team, as they have been doing before so they’ll know we have a new U-17 team.

Q: DO WE HAVE THE ASSURANCE THAT WE ARE GOING TO SEE THE STARLETS QUALIFYING FROM THE WAFU ZONE B TO THE AFRICA CHAMPIONSHIP?

Yes, I can assure you that the materials I have now, I think despite we, having a short period to train and prepare for the tournament, I’m assuring Ghanaians to support us and bring that love back because they’ll see a new U-17 team and nobody will disgrace them at the tournament. They’ll be happy and they’ll see us there in future competitions.