Tema Youth recorded a slim win 1-0 win against Uncle T United FC on match day 15 of the National Division One League to finish the first round on a high.

The Harbour Warriors thus head into the break as table toppers.

Sixteen year old David Gyamfi came off the bench to score the only goal of the game at the Ghanaman School of Excellence at Prampram, and guided his side to an enviable record as the only unbeaten side in the first round of the 2020/21 season.

Accra Lions FC who were one of the best teams in the Zone, finished second, 3 points adrift the leaders following their 2-2 draw against Amidaus Professionals at the Tema Park on Sunday.

Rauf Salifu opened the scoring for Accra Lions in the 7th minute following a beautiful assist from Evans Ampofo but were pegged back few minutes later through Abraham Nissi.

Amidaus Professionals took the lead in the early stages of the second as Michael Gorleku scored from a solo drive from 25 yards.  Kelvin Kyei made it 2-2 few minutes to full time.

Here is what happened on match day 15 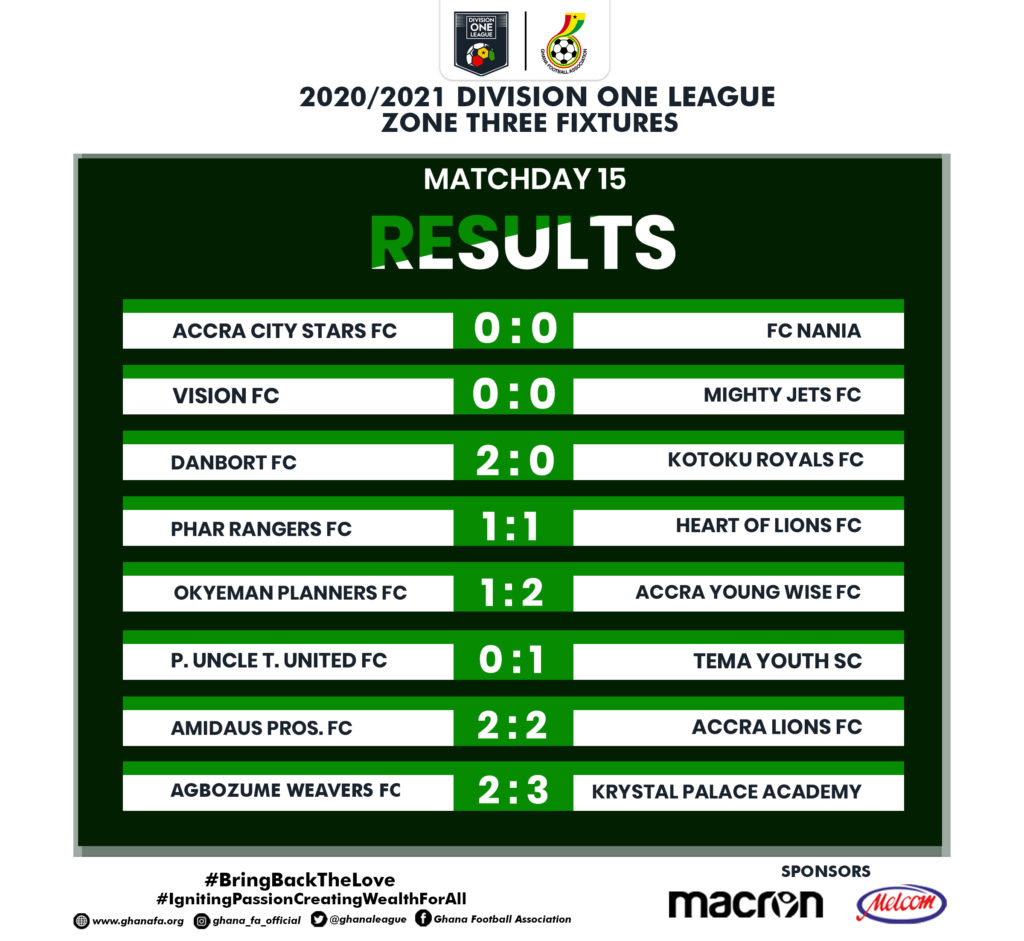 The public is hereby informed that the game between Phar Rangers and Heart of Lions ended abruptly as the referee refused to continue proceedings after he was abused by some unidentified supporters.