Accra Lions reclaimed the top spot in Zone three after a 2-1 win over Nania FC on match day eleven of the National Division One League on Monday.

The tie which took place at the Accra Sports stadium on Monday, saw Lions score two first half goals to win the game. Nania FC plummeted in the 21st minute through Rauf Salifu.

The increased the tally 17 minutes later after Evans Ampofo benefited from a great play from midfield with Christopher Acheampong and Evans Etti. The former’s effort deflected a Nania defender with Evans Ampofo heading in for the finish. Accra Lions ended the first half with a 2-0 lead.

Five into the second half, Nania FC reduced the deficit through Derrick Asante who headed in a cross from Jonas Naafo to make it 2-1.

Chances were few from then until the referee blew his whistle to end the game. Accra Lions now lead Zone three with 27 points, two ahead of Tema Youth who are in second place with 25 points.

Early on, high flying Tema Youth were held by Accra City FC to end their 5-game winning run. Evans Osei Wusu scored late to rescue a point for them after Clinton Osei’s opener. 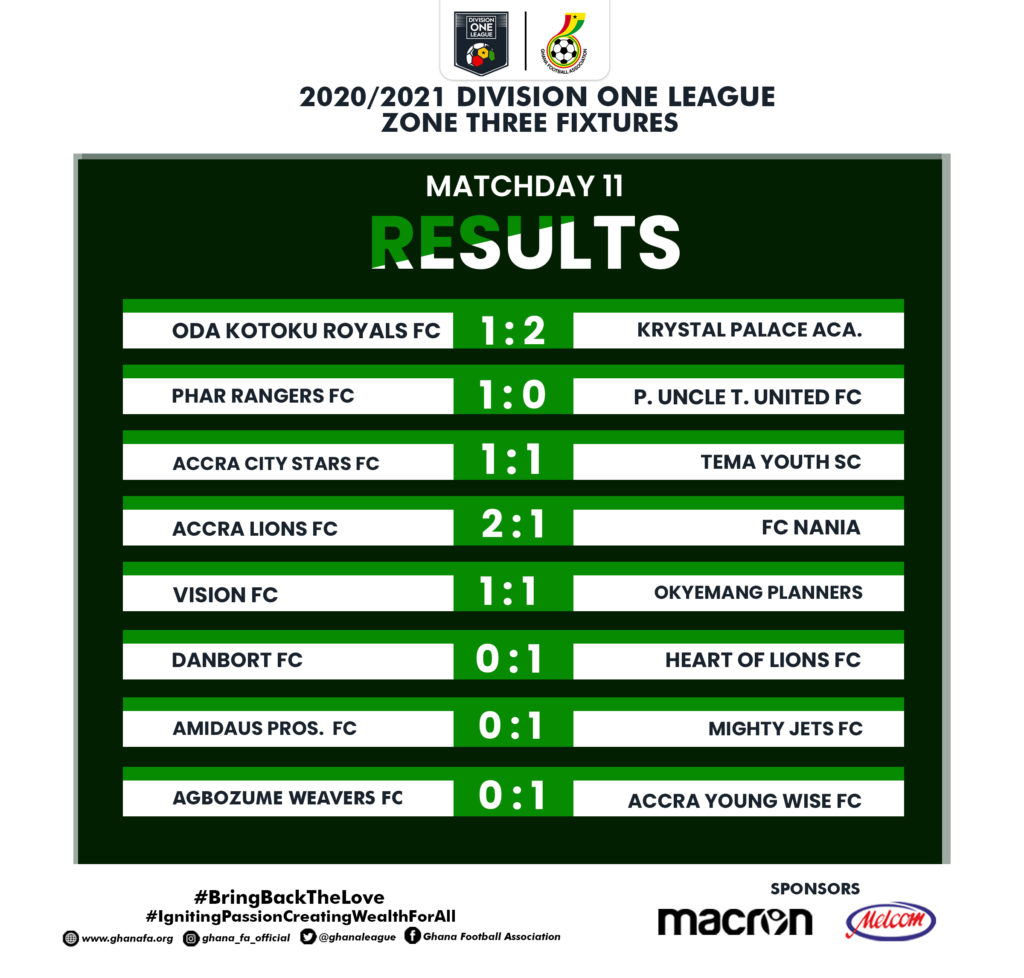