Zone three leaders Accra Lions recorded yet another home draw on Tuesday against Heart of Lions at the Accra sports stadium to stretch their winless run to three games as they were held 2-2 by the Kpando lads.

Accra Lions who began the season on an explosive note after winning their first six games have not won any of their last three encounters. Rauf Salifu opened the scoring for Accra Lions in the 20th minute but that goal was cancelled by Samuel Amoah, 6 minutes after the break.

The home side went ahead to increase the tally in the 71st minute through Rauf Salifu who scored his second of the day. But Heart of Lions once again fought back with a solid team work to fetch the equalizer through Ebenezer Abban to end the game 2-2.

Third placed Tema Youth will cover a distance of 18.05km to Nungua to play Danbort FC, who are ninth in the table with 9 points, 9 adrift their host.

Tema Youth are unbeaten on the road this season having recorded 3 draws and one win in four away games.

Elsewhere in Oda, Kotoku Royals will slug it out with Tudu Mighty Jets at the Akim Oda Sports Stadium. 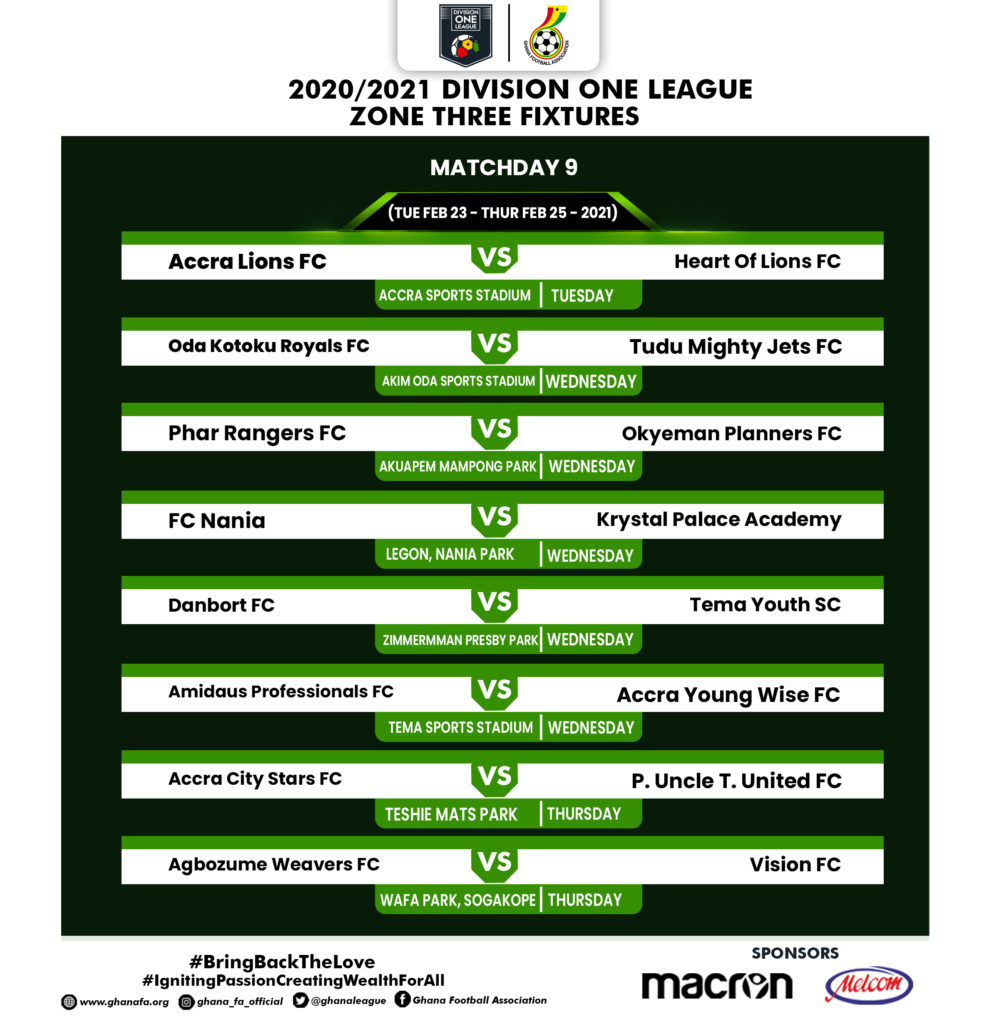