Akesse Akesse made the headlines on Sunday as he scored six goals for Nzema Kotoko in a 6-2 thumping of Star Madrid on match day 13 of the National Division One League.

The attacker scored in the 15th, 32nd, 35th, 41st, 60th and 64th minutes of the game to set a record in the League as the first player to score 6 goals (double hat-trick) in this seasons National Division One League. His 2nd and 3rd goals came from the spot but generally, Akesse has become the toast of fans in the Nzema enclave after his heroics.

The visitors started growing in confidence but their resilience was dealt a blow after they conceded two penalties in succession and went into the break trailing 4-1.

Back from recess, Akesse Akesse scored two goals in the 60th and 64th minutes to complete the rout before Richard Kumi pulled one back in the 90th minute to end the game 6-2.

Elsewhere at Agogo, Pacific Heroes were pinned down 1-0 by leaders Gold Stars. Joshua Akoto scored the only goal of the game to hand the Bibiani lads a very important victory on the road and to give them a four-point lead at the top.

They now sit pretty comfortably at the top of the table with 30 points, four richer than second placed Skyy FC who lost 1-0 to Achiken FC.

In Bekwai, New Edubiase United posted a 2-0 win over Asokwa Deportivo to move 4th on the table with 22 points. 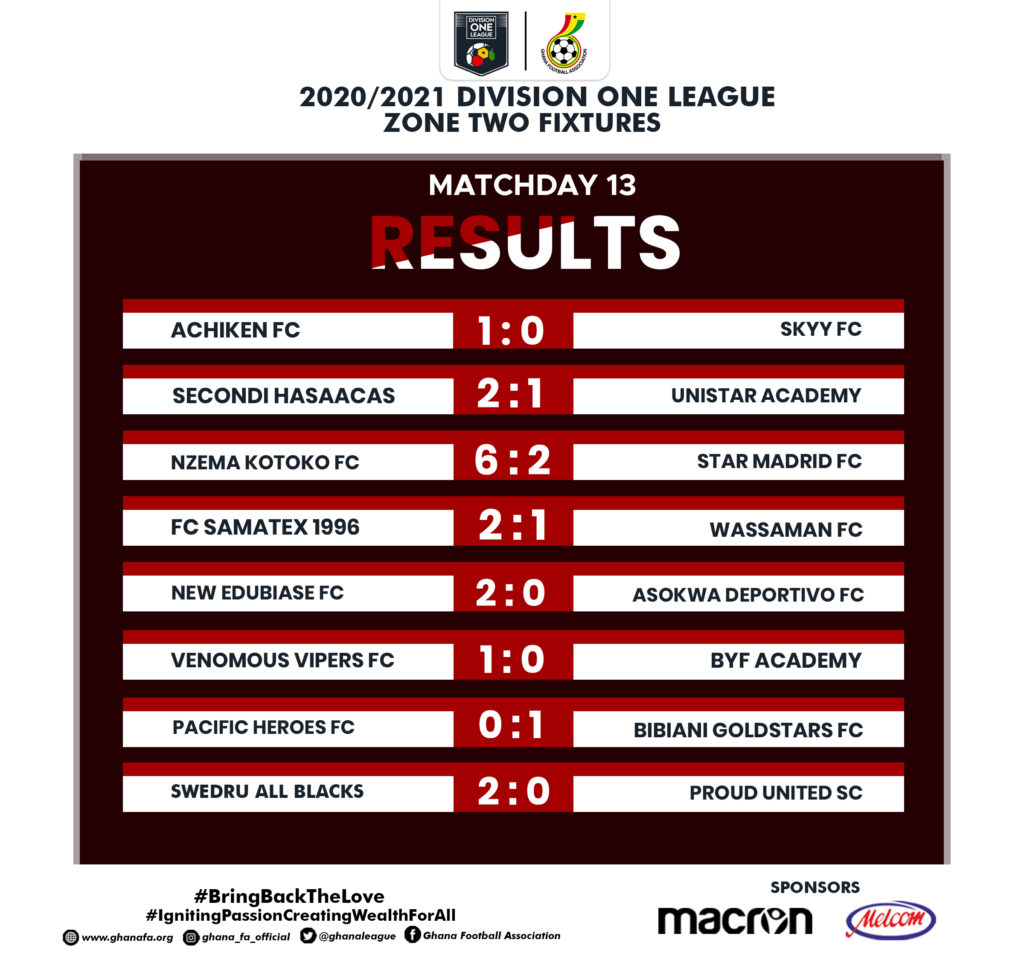