Real Tamale United moved to the top of the Zone one table after edging past B.A United 3-0 on match day 12 of the Division One League at the Aliu Mahama stadium on Sunday.

The Northern Blues who are yearning for Premier League football following their demotion in 2011 were in full control from the blast of the whistle. Mutapha Fuseini opened the scoring in the first half before Sadat Mohammed and Ronald Frimpong added their names to the scorers sheet.

The win takes them to the top of the table with 24 points, same as Berekum Arsenal who picked all the spoils against Wa Sunta in a 1-0 away win.  Nicholas Boateng scored the only goal of the game in the 70th minute.

In other results, Samuel Norgbey, Emmanuel Mensah and Abass Fatawu made the headlines at the Coronation park in Sunyani for Young Apostles as they battled to a 3-2 win against Yendi Gbewaa. Osman Amin Mohammed netted a brace for the Yendi lads. Kintampo FC posted a 2-0 win against Techiman City with Rabiu Mohammed and Baba Sule getting on target.

Results at a glance; 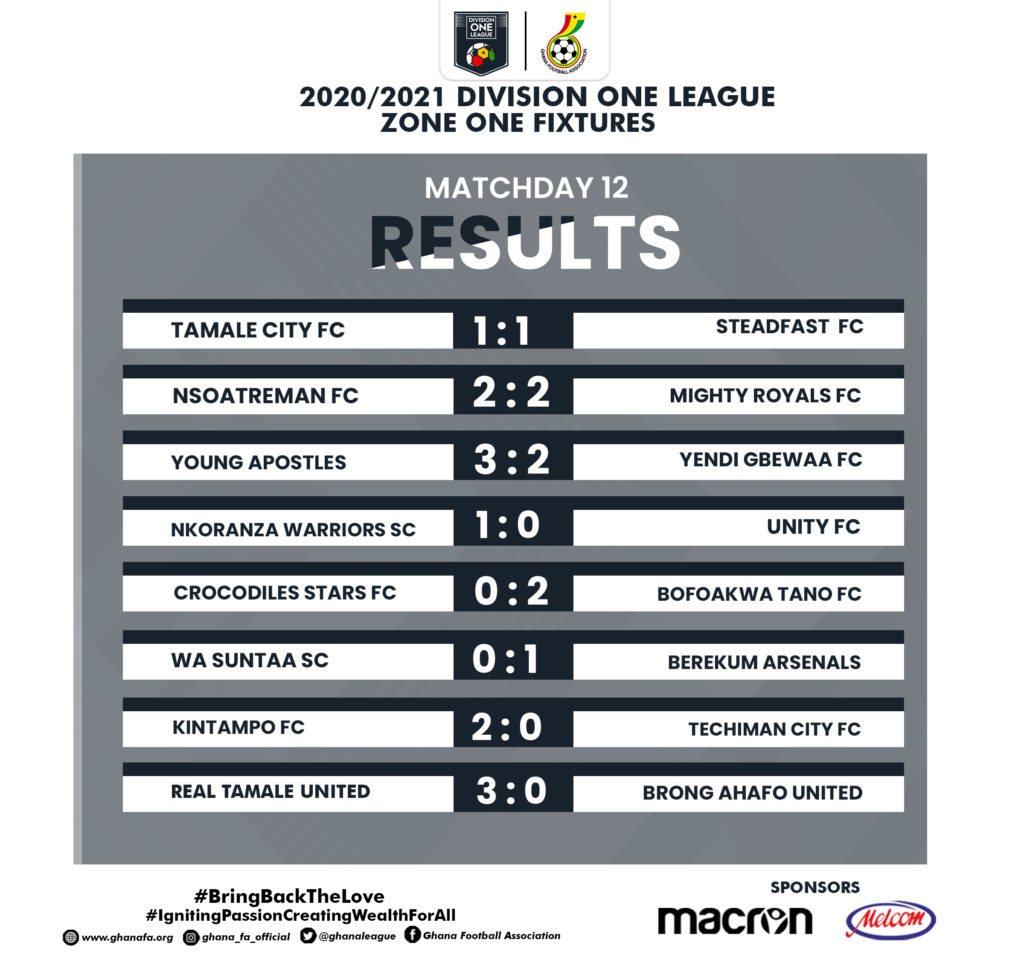