Berekum Arsenal returned to the top of the Zone One table after posting a 1-0 win against Wamanafo Mighty Royals on match day 13 of the National Division One League.

Ansu Kofi Patrick scored his 8th goal of the season to hand the Gunners the three points at the Nana Agyemang Badu park at Dormaa.

The win takes Arsenal to the top of the table with 27 points, one ahead of Steadfast FC who sit in second place with 26 points.

Abu Abdallah scored for Steadfast as they overcame a hard-hitting Real Tamale United side at the Aliu Mahama Stadium on Sunday.

The derby was closely monitored by followers of the two teams but in the end, Steadfast got the edge over their city rivals. Tamale City also recorded a 1-0 win against Yendi Gbewaa to worsen the plight of the Yendi lads.

Kwame Frimpong scored in the second half to condemn Yendi Gbewaa to another defeat to push them further down the table in 15th place, only one place above relegation.

Zone One results at a glance: 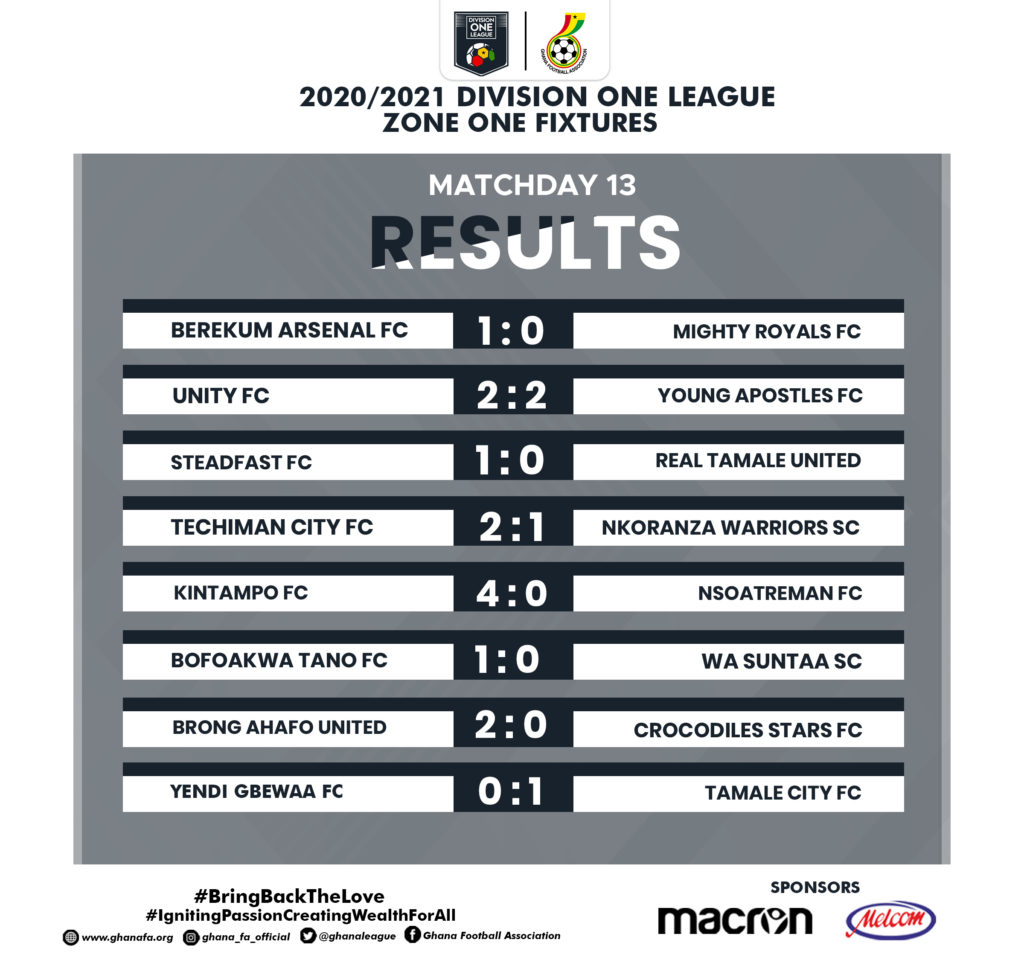