The second edition of the Women’s Premier Super Cup is set to kick of in the Northern Regional Capital, Tamale on September 13.

The first to fourth clubs from the Northern Zone and Southern Zone in last season Malta Guinness Women’s Premier League qualified to participate in this edition.

Balloting has been done and the here is how the teams stand in Group A and B and also the match schedule for the entire competition. 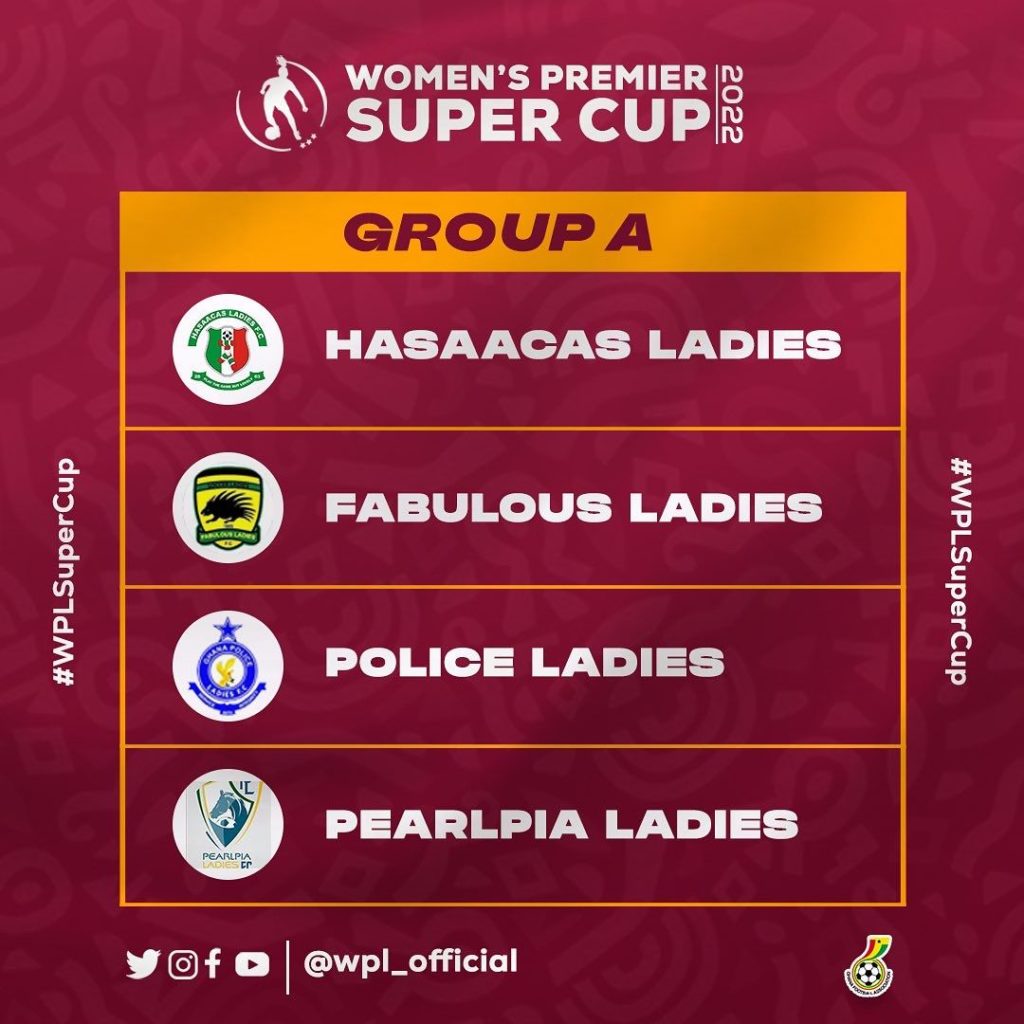 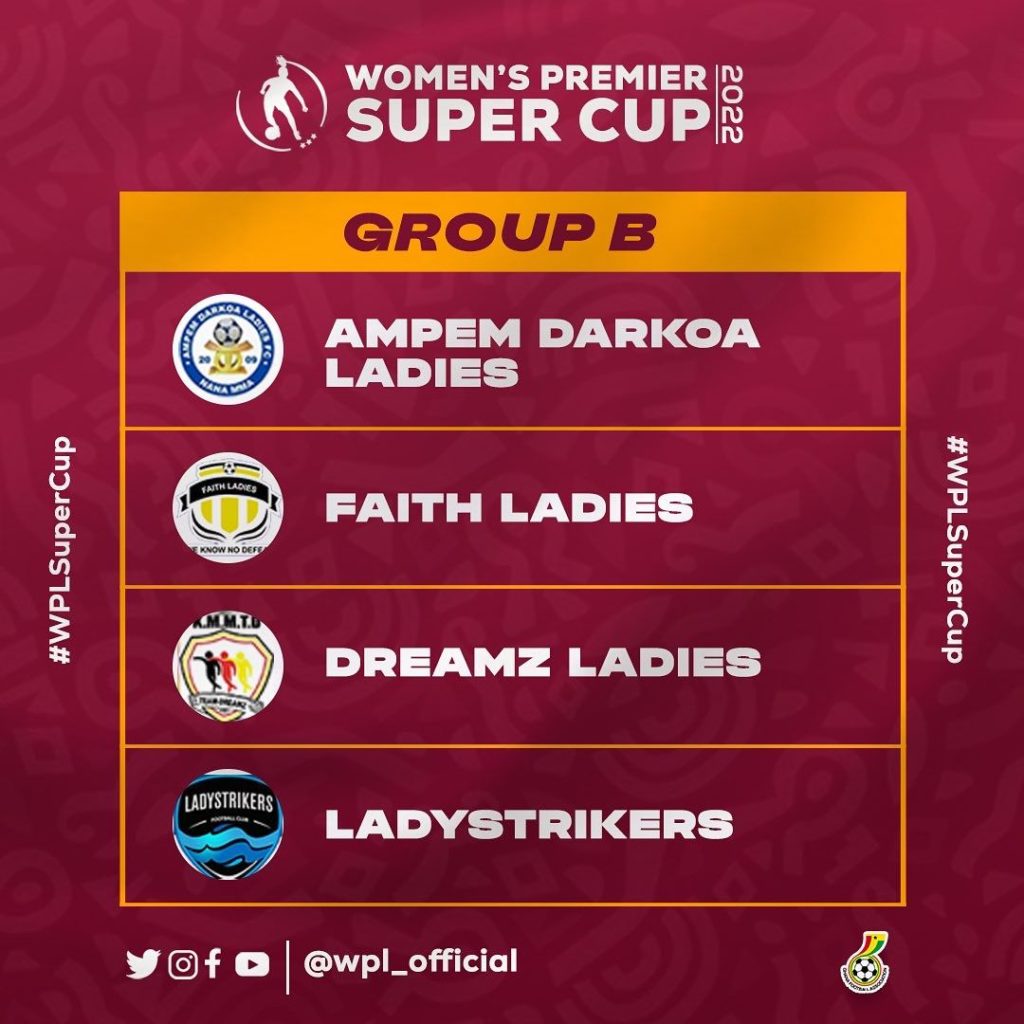 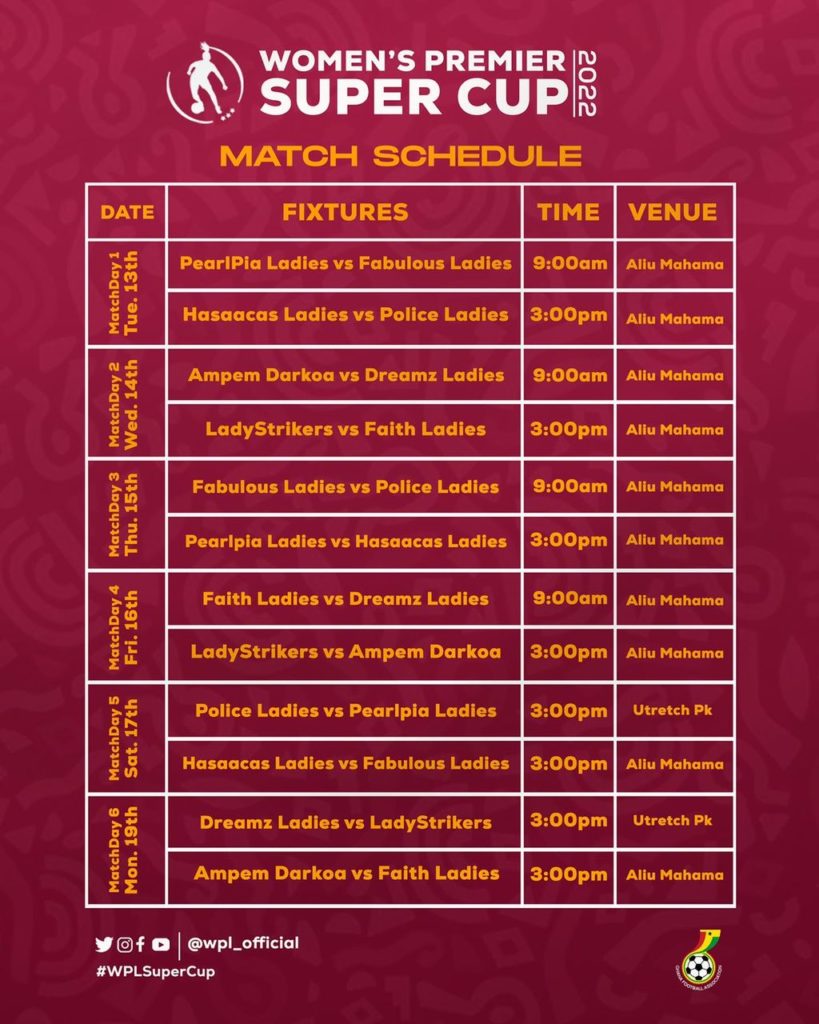 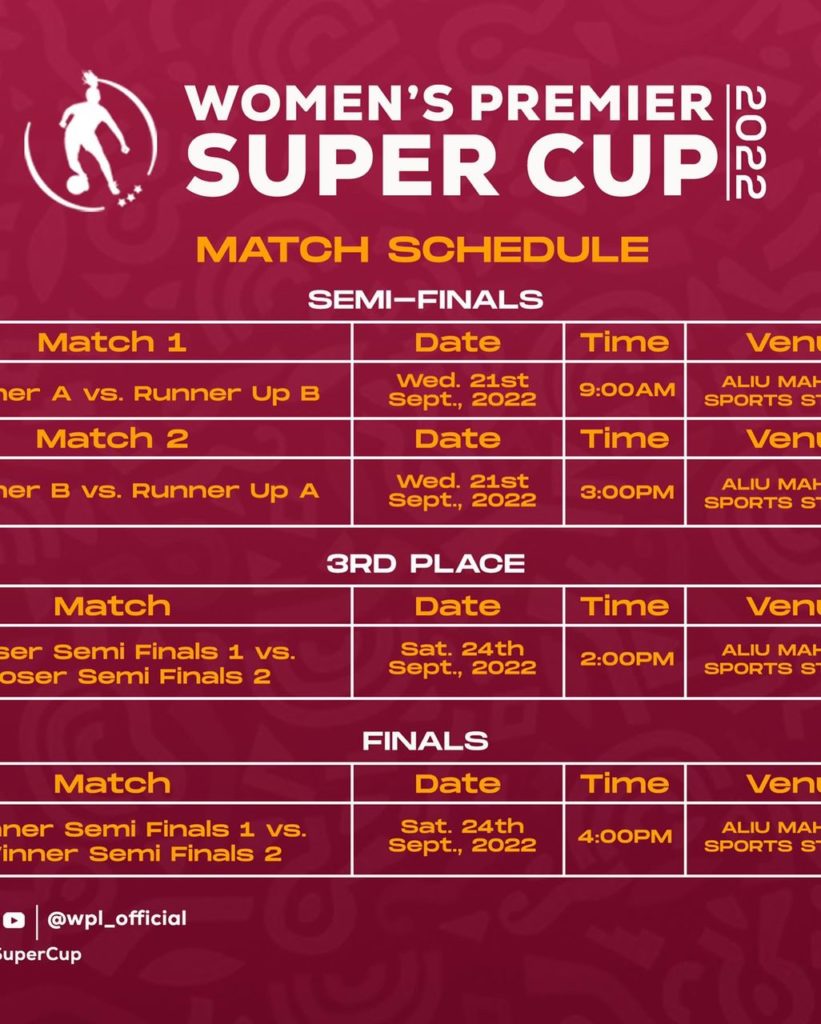