Kpando Heart of Lions will trek to Oda to take on Kotoku Royals on Match Day 18 of the Division One League on Sunday. Heart of Lions have had a steady rise in the second half of the season after recording two wins, one defeat in their last three matches – climbing to the 4th spot with 33 points, two points behind leaders Tema Youth.

Malik Owiah scored a classic goal to give them a vital 1-0 away win against Vision FC at the Theatre of Dreams to move to the 4th spot while Kotoku Royals crashed to a 2-0 loss to Golden Kicks at the Tema Park.

Kotoku Royals conceded in either half as they lost 2-0 to Golden Kicks at the Tema Park on Sunday to surrender their lead in Zone Three. The result pushed them to the second spot with 33 points.

Tema Youth moved back to the top of the Zone Three table following a 3-1 win against Accra City Stars on Friday.

Evans Osei Wusu opened the scoring in the 33rd minute after smartly dribbling past two defenders before slotting home. The diminutive midfielder added to the tally six minutes later after connecting from the spot. With the three points almost wrapped up – Dennis Hutor put the nail in the coffin with a superb team effort to make it 3-0.

The former Premier League side will take on Accra Young Wise on Sunday.

High flying Liberty Professionals who have yet to lose a match since their 2-1 loss to Golden Kicks on February 05, have a date with Uncle T United on Saturday. The Scientific Soccer lads are 2nd in the League table, same points with Tema Youth and would aim for a win to keep their title aspirations intact.

The Dansoman based club needed goals from George William Ansong and Jason Owusu in either half to beat Akatsi All Stars 2-0 at WAFA Park at Sogakope. 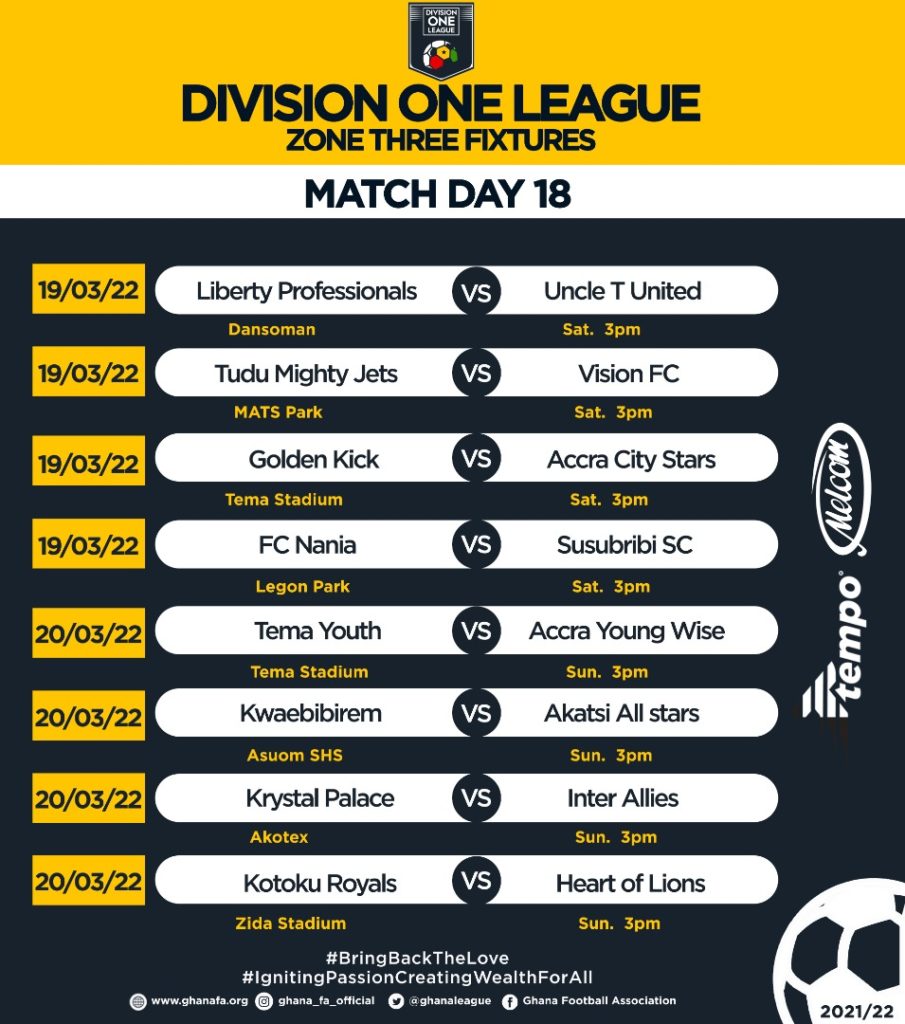