Nsoatreman FC moved back to the top of the table in Zone One after beating BA United 2-0 on Sunday to leapfrog Tamale City who lost by the same goal margin against Berekum Arsenal at the Golden City Park. The win restored Nsoatreman’s lead at the top of the table as they moved to 36 points – three points ahead of Tamale City to restore an unprecedented record that spanned 12 weeks during the first round of the season.

Kingsley Donyina and Abbas Mohammed scored in either half to help their team pick all the spoils to cushion them in their quest for the title.

The Zones’ leading scorer Mohammed Yahaya could not score to increase his goal tally having netted 13 times in the League including a hat-trick against Bolga All Stars on Match Day 15. But the lanky attacker is expected to be the main source of goals for Tamale City in this epic encounter that could possibly decide the season for both teams as they sit neck to neck at the summit of the Zone One table.

Eighth placed Baffuor Soccer Academy will entertain giants Bofoakwa Tano at the Twumasi Sports Complex on Sunday. The new boys have been quite impressive especially at home as they have amassed 20 points after 16 matches in the League – sitting 8 points below Bofoakwa Tano who are third in the table.

Young Apostles – 7th in the table will play Wa Suntaa at the Coronation Park at Sunyani while Berekum Arsenal lock horns with Wa Yassin at Rawlings Park in Kintampo. 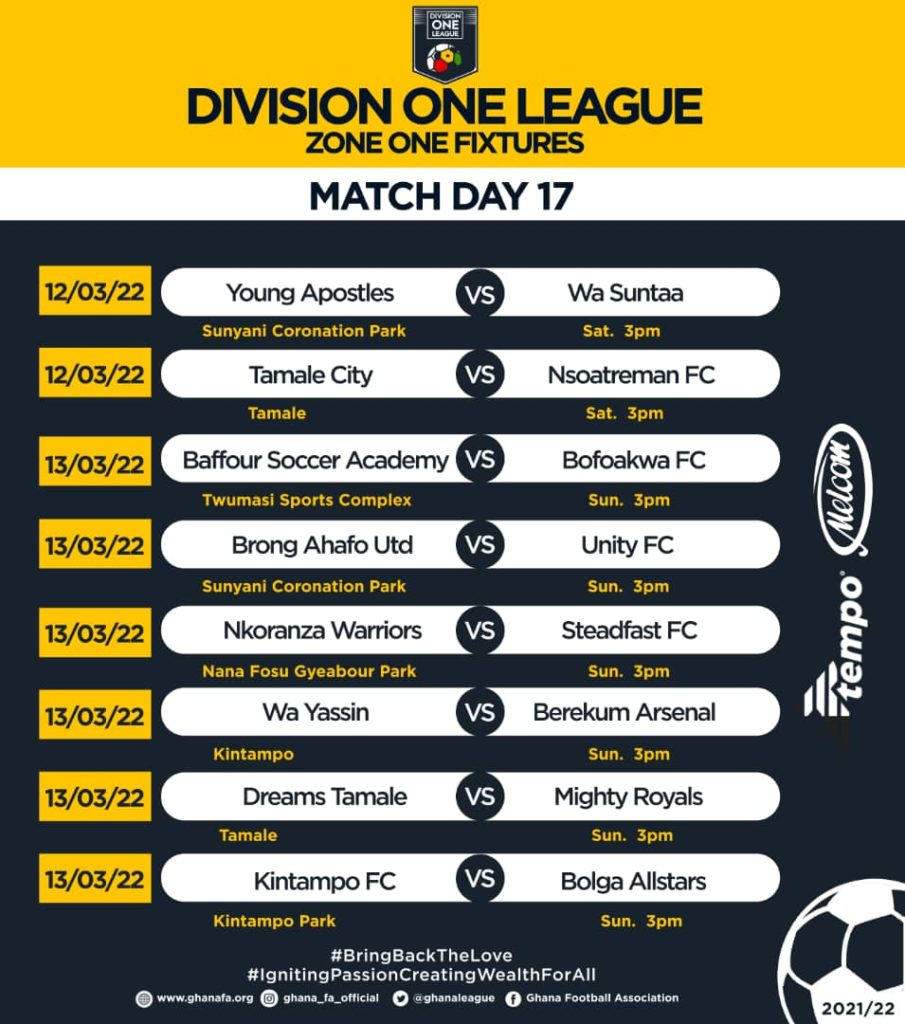