The Black Stars on Monday, put in a scintillating display at the Titanic stadium in Antalya, Turkey, to beat Asian Champions Qatar 5-1 in an International friendly. Ghana went into the game with a ferocious approach following a disappointing 3-0 loss to neighbours Mali in a similar International friendly on Friday. 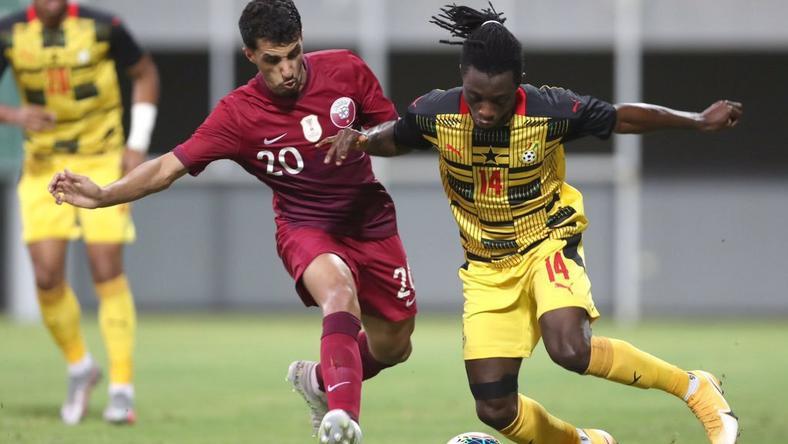 Ghana looked compact and resolute in the opening minutes of the game but it was the Qatarian’s who nearly netted the game’s first goal in the 4th minute through Boualem Khoukhi.

Brentford FC winger Tarique Fosu opened the scoring for Ghana on the 22nd minute after tapping in a fine cross from Jordan Ayew.  Jordan Ayew beautifully controlled a pass from Thomas Partey, took on two players before laying a fine a pass into the six-yard box to be tapped into the net by Tarique for the first goal of the game, his first International goal for Ghana.

The Black Stars continued to push for the second goal with some fine display in the midfield where Thomas Teye-Partey and Baba Iddrisu operated. The effort of the team, however suffered a jolt in the 44th minute when Almoez Ali capitalized on a defensive blunder in the Ghanaian half to equalize for Qatar. Joseph Aidoo and goalkeeper Razak Abalora failed to communicate in the final third, allowing Qatar to level things up before the break.

After recess, Ghana continued to press their opponents in their half with some incisive wing plays from right to left and occasionally through the middle. Benson Annang, Samuel Owusu, Andre Ayew and Jordan Ayew were the toast of the night with some sublime displays.

The possession paid off when Captain Andre Ayew tapped in from close range in the 63rd minute after latching on to a pass. Ghana increased the tally two minutes later when winger Samuel Owusu scored a fine solo goal in the 65th minute after controlling a beautiful pass from Thomas Teye- Partey.

Captain Ayew added his second of the night after an exchange of passes with his brother Jordan in the 85th minute to put the game to bed.

Substitute Caleb Ekuban who came in to replace Jordan Ayew, completed the rout in the 87th minute with a fine finish to secure Ghana a big win ahead of next month’s 2022 AFCON qualifiers against Sudan. 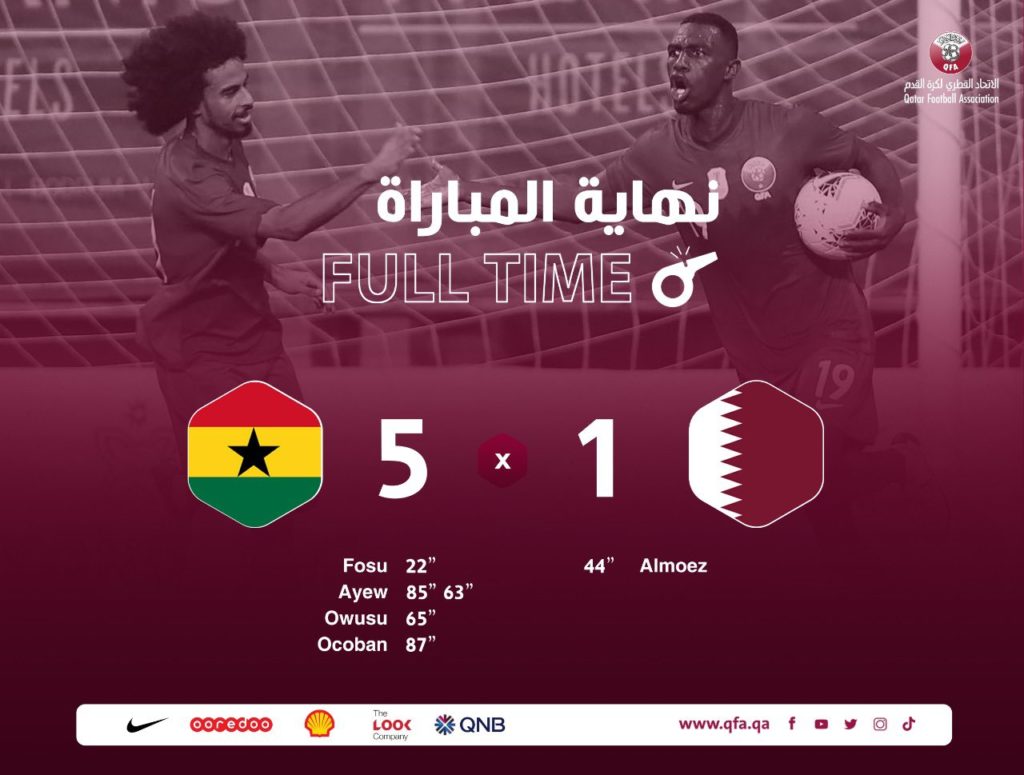