The Ghana Football Association has announced revised fixtures for the 2022/23 Access Bank Division One League competition.

The second tier leg was halted together with other domestic football competitions after Match-day 8 due to the 2022 FIFA World Cup competition which is being staged in Qatar from November 20- December 18, 2022.

According to the revised fixtures, Match-day matches will be played from December 30-January 2, 2023.

The matches will continue till June 2-5, 2023 when the league competition is expected to end.

Before the league was halted, Debibi United FC, Bofoakwa Tano FC, Nations FC and Heart of Lions FC were leading the league logs in their respective zones.

Below are the new dates for the Access Bank Division One League competition: 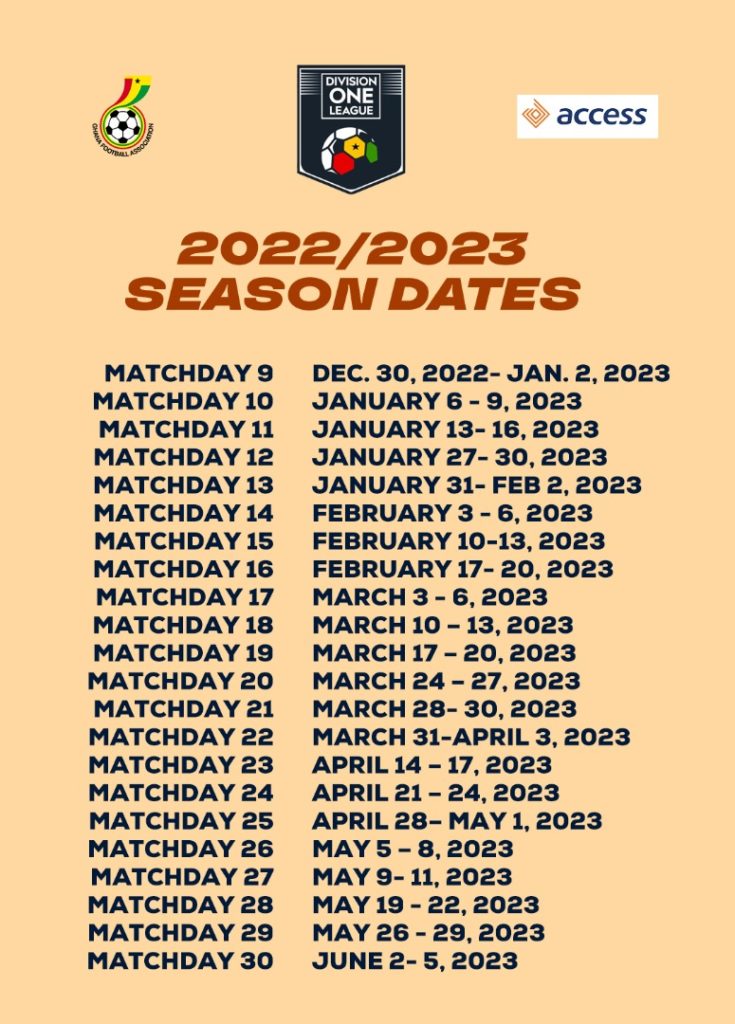