Inter Allies recorded their first win in 8 matches as they pip WAFA SC 1-0 on match day 15 of the Ghana Premier League on Saturday.

Their last victory was against Techiman Eleven Wonders at the Accra Sports Stadium on January 3, 2021.

The Eleven Is One side had secured just one point from their last seven games – thus a 2-2 draw against Liberty Professionals on match day 14.

The only goal of the encounter came in the 66th minute when Nafiu Suleymana perfectly connected a Fard Ibrahim cross.

Inter Allies played one of their best attacking games in the season and should have scored the second goal 10 minutes later but Richard Arthur fluffed the opportunity.

WAFA did not drop their guard as they kept pushing for the equalizer. With five minutes of play remaining, the Sogakope lads put the ball at the back of the net but the goal was disallowed as Abukari Ibrahim was flagged offside.

The game ended 1-0 for the Eleven Is To side but they still stay at the bottom of the table but increase their points tally to 11 from 15 matches in the League.

Inter Allies will face Aduana Stars in their next game on Wednesday. WAFA host leaders Karela United at Sogakope. 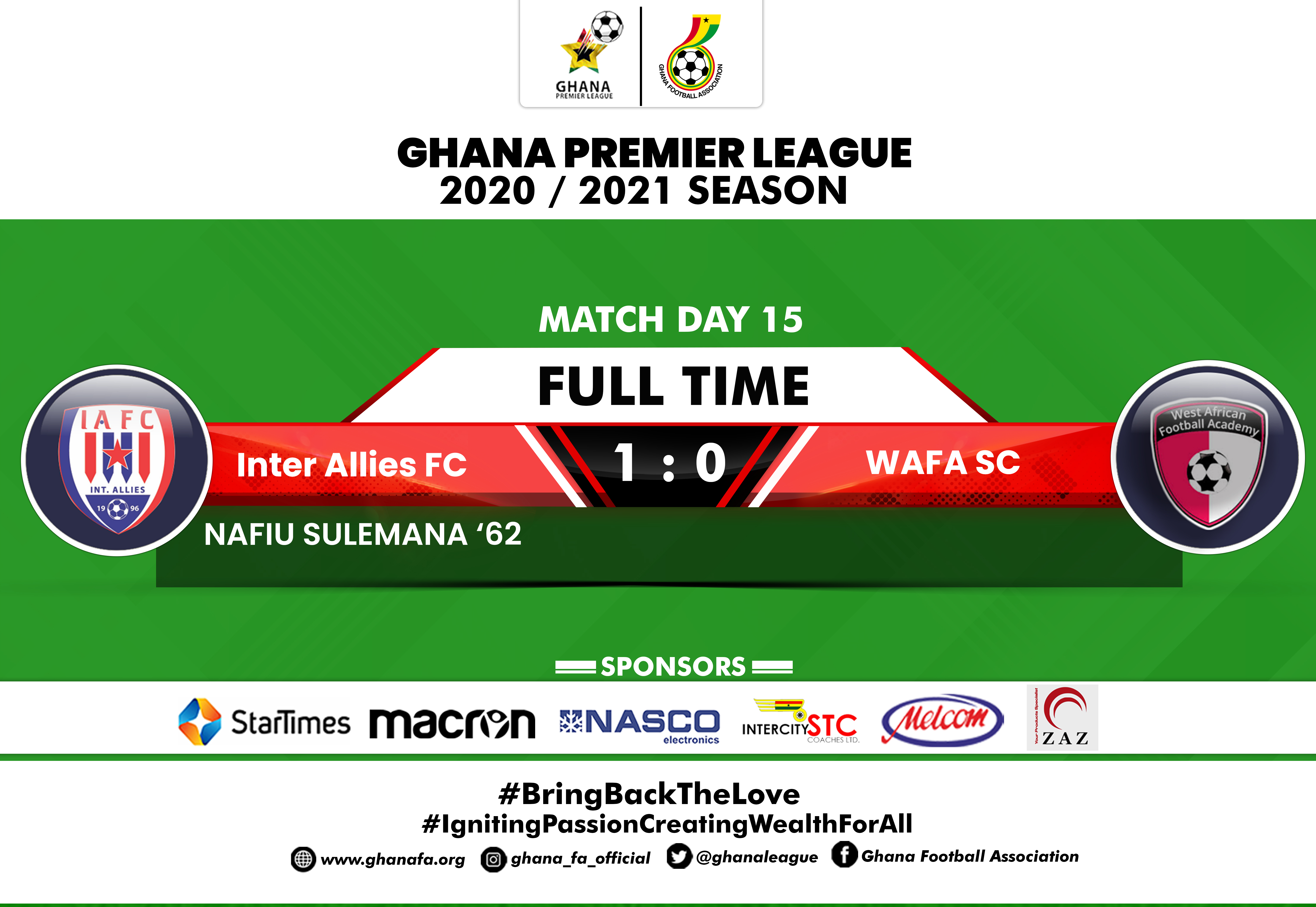