Berekum Chelsea smashed the record in 2010/11 to win the Ghana Premier League with 57 points with a remarkable winning ratio.

The Blues paraded the likes of Ernest Sowah, Edward Kpodo, Abdul Basit, Eric Agyemang, Yaw Alexander, Jordan Opoku, Solomon Asante and Jackson Owusu in the season and went on to win their first Premier League title. Chelsea entertained millions of fans with their high pressing entertaining football that had Basit and Jordan playing behind Nana Poku in attack. 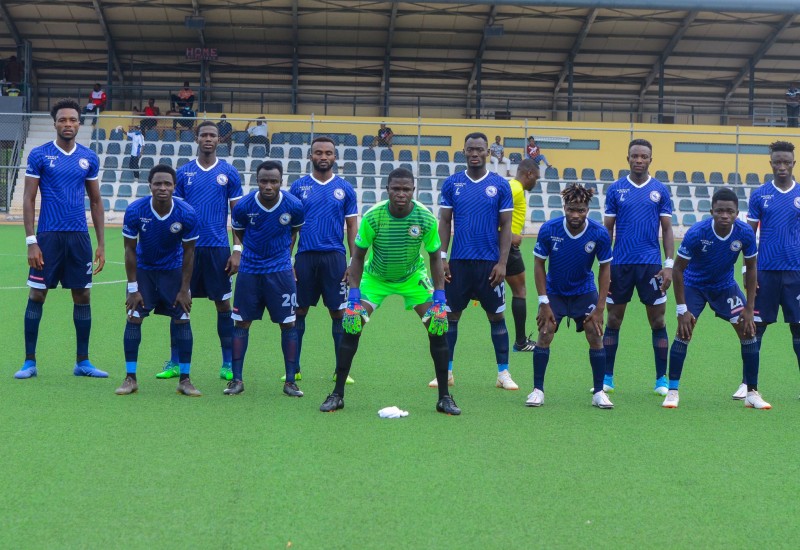 Their dream of winning the double came crashing at the semi-final stage following a defeat to eventual winners Nania FC on penalty shootout. Berekum Chelsea had an underwhelming Premier League campaign this terms finishing 10th in the 18 club competition. But their outing in the MTN FA Cup has been nothing but sublime.

This is their first appearance in the semi-final of the MTN FA Cup since 2011 – but have to dig deep to break that 10-year jinx.

They come up against former champions AshantiGold SC who began their campaign with an away fixture against third tier side Aboi Young Stars in Sameraboi where they won 2-1.  The Miners won the title in 1993 and lost to New Edubiase United in 2012.

They eliminated Kintampo Top Talent at the Quarter final stage but recorded an emphatic 4-2 victory against Aduana Stars in the Round of 16 at Dormaa. Both teams have a lot to play for on Sunday with the final in sight. AshantiGold aim to make only their fourth final appearance in the MTN FA Cup while Berekum Chelsea look to go past the semi-final feat which was achieved in 2020/11 season. 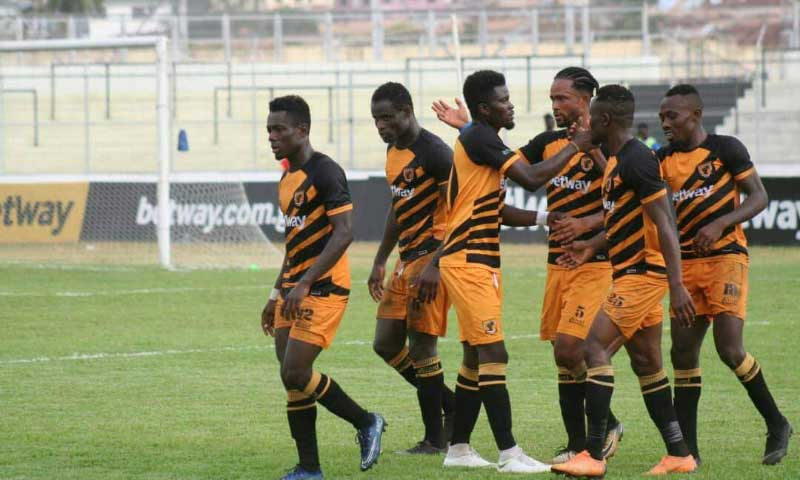 Only two points separated the two sides in the just ended Premier League with the Miners ending the season in 9th place with 45 points.

The match is scheduled for 3pm kick off at the Cape Coast stadium on Sunday, August 01, 2021 and shown live on StarTimes Adepa channel 247. 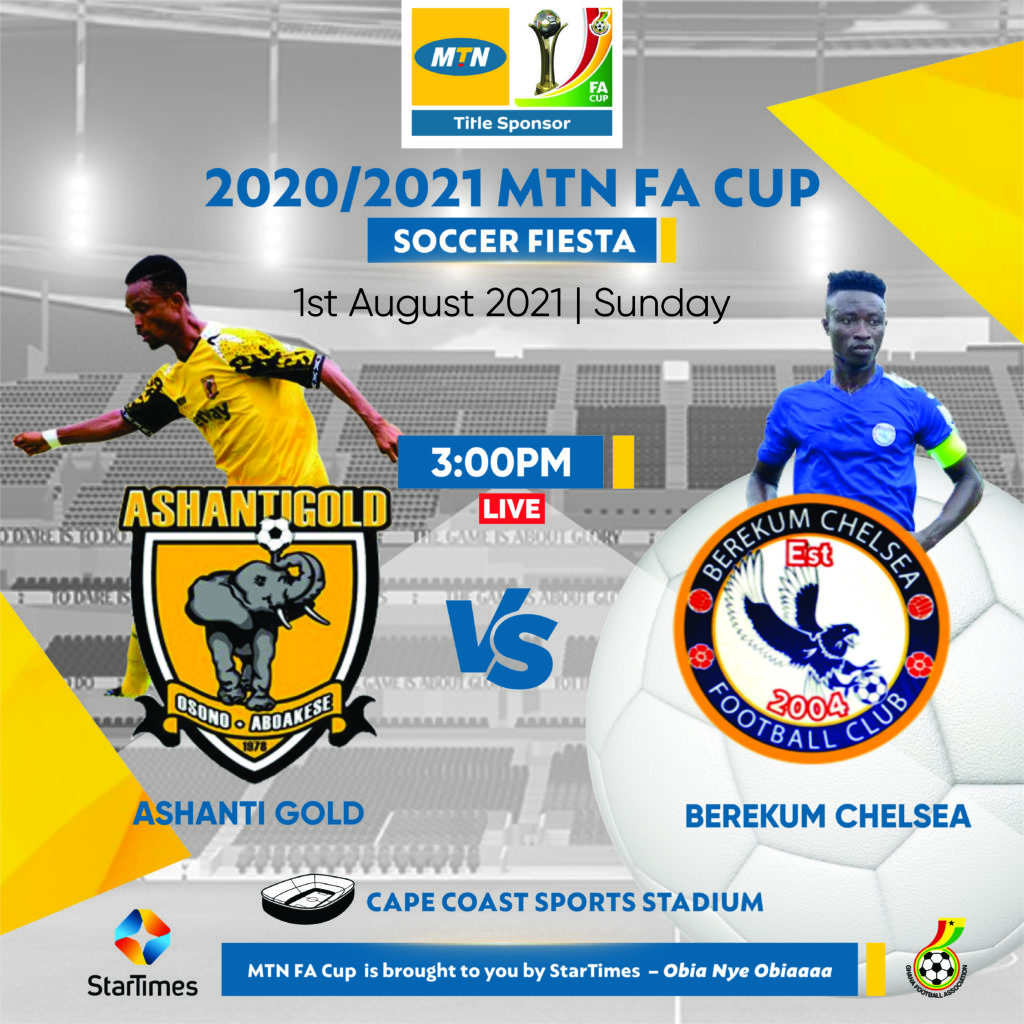