Teams who have qualified to the Round of 16 of the MTN FA cup competition will know their opponents after the draw which will be held on Tuesday, June 29, 2021 live on Max TV.

The qualified teams have been grouped into two zones (Northern & Southern) considering the locations of the teams to avoid long distance trips for matches and to have more local derbies.

Eight Premier League sides sailed through from the Round of 32 and will join teams from the first and second divisions for the Tuesday’s draw.

Pending the determination of the misconduct case before the GFA Disciplinary Committee, both Legon Cities/Phar Rangers will be included in the draw with the eventual winner of their outstanding tie set to sail through to the Round of 16.

Below are the qualified teams and how they have been grouped for the Round of 16 draw: 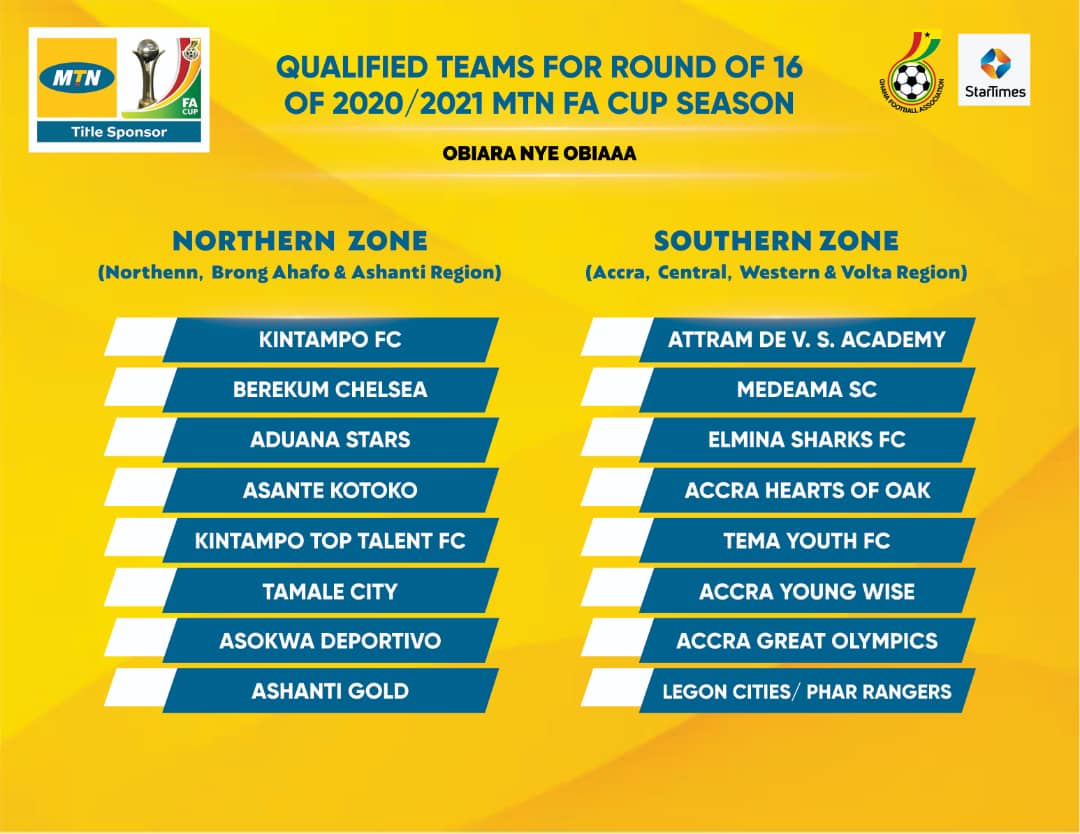