Champions Asante Kotoko have been paired with Division One League campaigners Asokwa Deportivo in the Round of 16 of the MTN FA Cup. This was revealed during the draw on Tuesday, June 29, 2021 in the studio of StarTimes/Max TV.

Asante Kotoko advanced to the Round of 16 after beating third tier side Thunderbolts FC 3-1 at the Okese Park, Ejisu in the Round of 32.

There are other exciting pairings to look ahead to in this Round. Former Champions AshantiGold SC who qualified at the expense of Aboi Young Stars have been drawn against Aduana Stars in an all Premier affair while Berekum Chelsea face Kintampo FC in a contest that promises to be exciting. 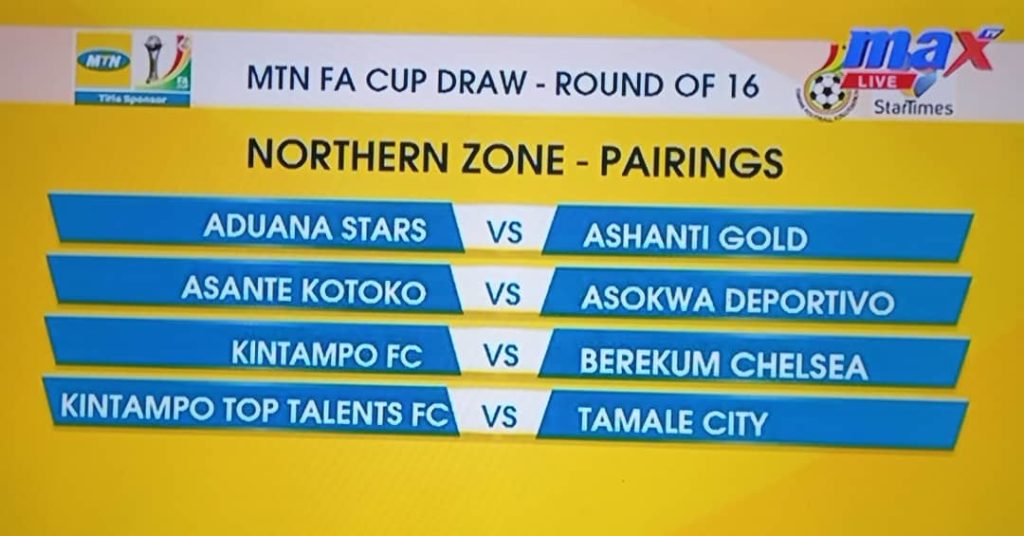 In the Southern Zone, record holders Accra Hearts of Oak will play Accra Young Wise after eliminating Windy Professionals and Liberty Professionals from the competition.

Two time winners Medeama SC will face Accra Great Olympics in a battle of former champions. Great Olympics have been champions three times (1975, 1983, 1995) – and would see this as a golden opportunity to win a trophy this term to round up a stellar campaign.

Elmina Sharks will face off with Division One side Tema Youth at the Nduom Park in Elmina.