Abdul Manaf Nurudeen has been given the nod ahead of Lawrence Ati-Zigi as Otto Addo has made five changes to the team for the match against Chile at the Panasonic stadium on Tuesday.

The Eupen shot stopper is among five players who have been brought. Clermont Foot defender Alidu Seidu has been shifted to the right in a four back system that include Baba Abdul Rahman, Daniel Amartey and Edmund Addo. 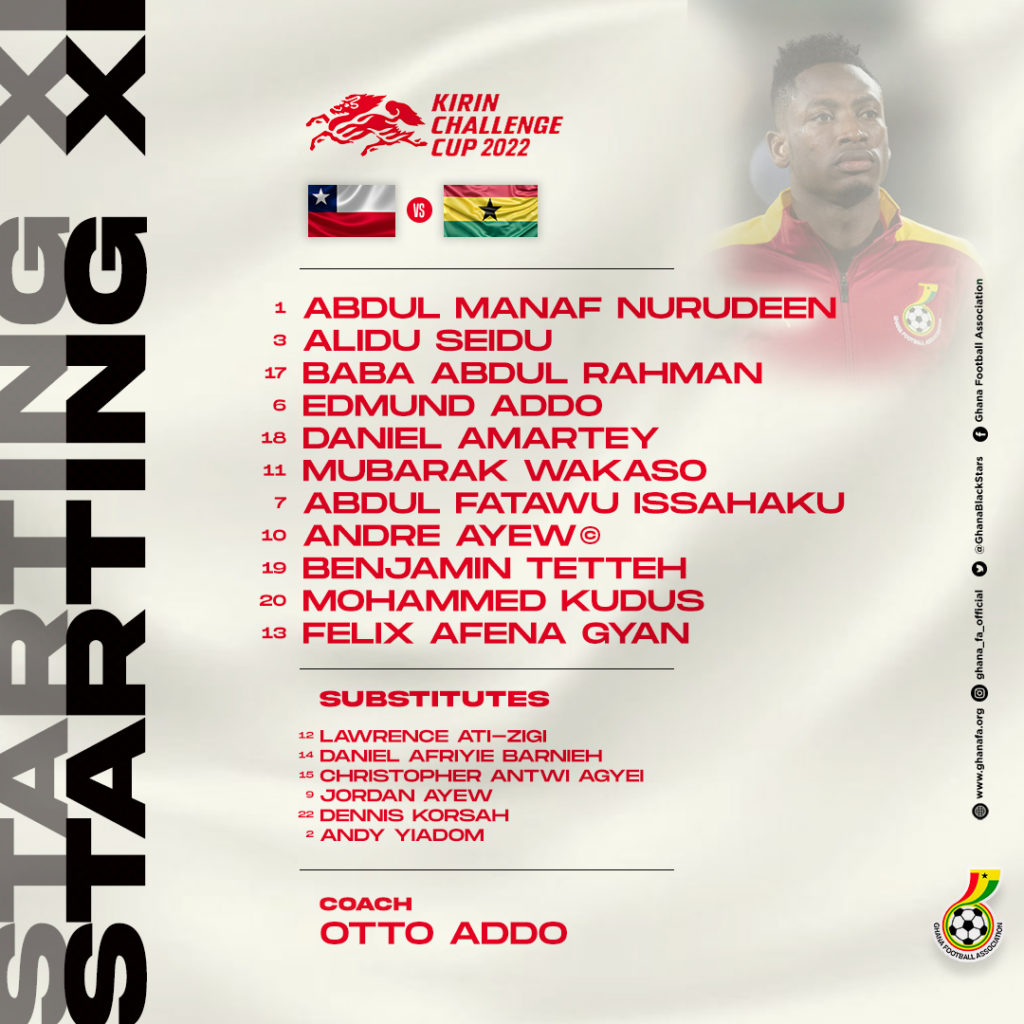 The two teams are battling for third place following an opening day defeat to Tunisia and host Japan respectively.