Hasaacas Ladies reigned supreme in the Malta Guinness Women’s Premier League super clash as they romped to a 1-0 win against Berry Ladies at the Sekondi Gyandu Park.

The game which is regarded as one of the top fixtures in the Malta Guinness Women’s Premier League came too early in the season. The first half of the game failed to produce goals until Doreen Copson popped up to score the match winner in the 79th minute.

At the Presec Park at Legon- Thunder Queens defeated Police Ladies 2-1 to get their season off to a flying start. Gifty Osei drew the first blood in the 48th minute after both sides sold a keenly contested encounter before Ellen Gyemah doubled the lead in the 75th minute. Police Ladies however lifted up their game and fought back through Mary Berko in the 83rd minute but that wasn’t enough as the host held on to win the game 2-1.

Find the full results below: 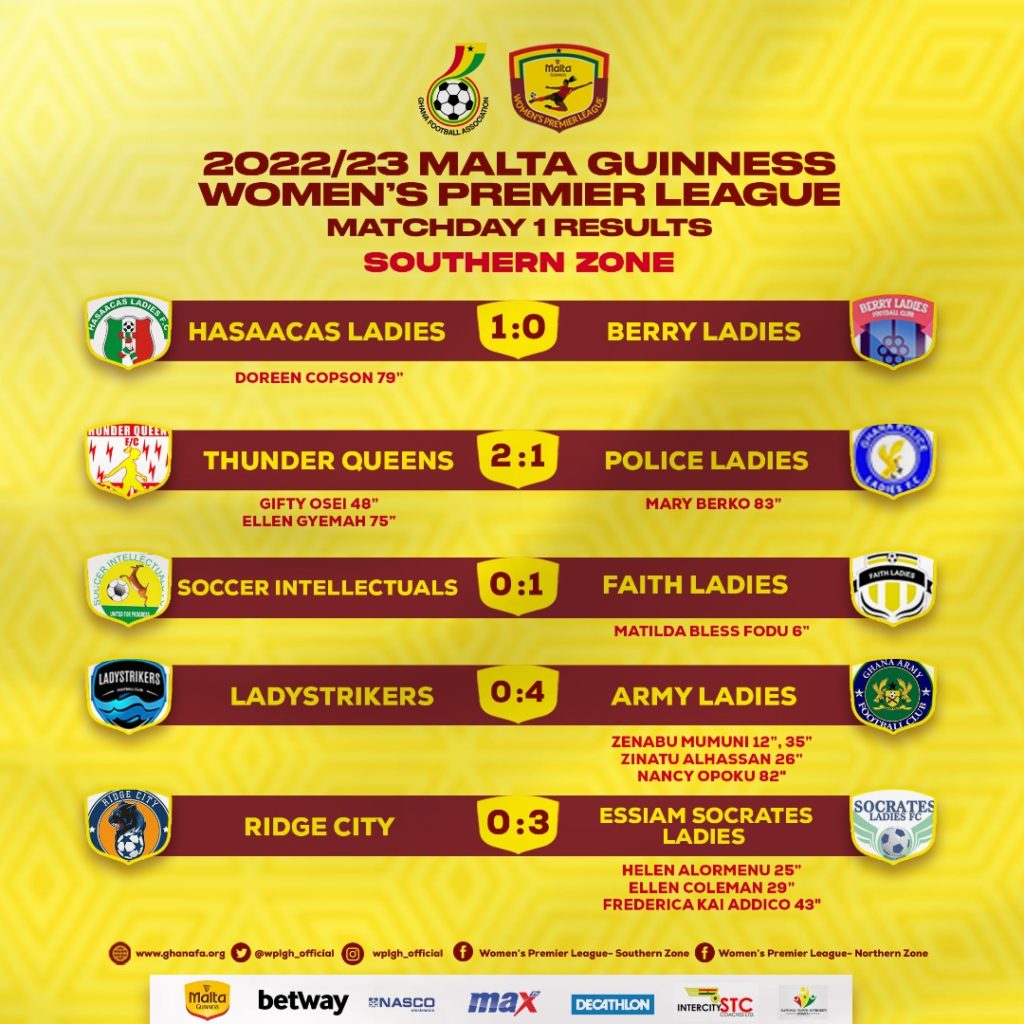