Asante Kotoko won in style on their return to the Baba Yara stadium as they beat Bechem United 2-0 on Sunday. Captain Ismail Ganiyu and Samuel Boateng scored in the last five minutes of the game as the Porcupine Warriors romped to their first win in one and half seasons in Kumasi.

Abdul Ganiyu scored from the spot after Isaac Oppong was fouled by Kofi Agbesiame in the 86th minute. Samuel Boateng headed in a lofty cross from Isaac Opoong to register the second goal of the game for the League leaders. Asante Kotoko have taken their winning record to two wins from two matches after their opening day win against Dreams FC at the Accra Sports stadium.

Dreams FC recovered from their loss to Asante Kotoko to record their first win of the season at the Nduomk stadium in Elmina where they beat Elmina Sharks 3-1 Sunday afternoon.

The Still Believe lads scored in each half to hand the Elmina sides their first home defeat following an opening day draw against Accra Lions. Agyenim Boateng scored the opening goal in the 24th minutes before Kwame Karikari added the second two minutes later. Dreams FC went into the break with a 2-0 cushioning but Sharks pulled one back through Adu-Kwaw Boadi in the 77th minute. 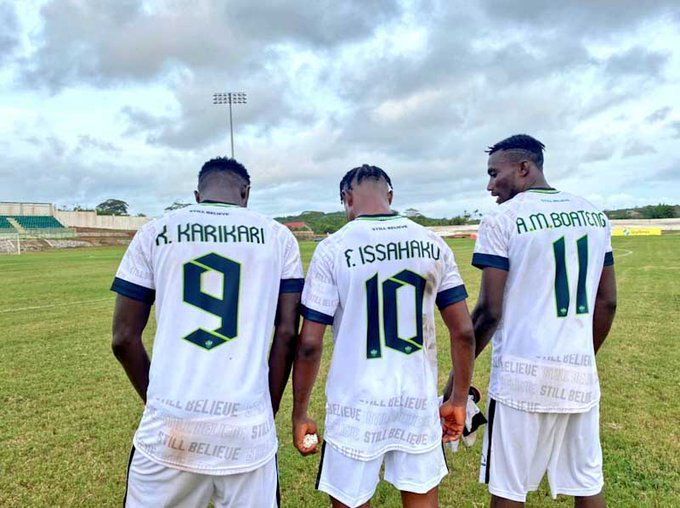 Dreams FC extended their lead courtesy of an Abdul Fatawu Issahaku’s set piece six minutes to the end of the game. GThe game ended 3-1 in favour of the Dawu side.

In Dormaa, Aduana FC suffered a home defeat as they fell 3-1 to King Faisal at the Agyemang Badu Park. King Faisal drew first blood through Osman Ibrahim in the 8th minute. Aduana FC responded 7 minutes later through Adom Frimpong in the 14th minute. Abdul Latif restored the lead for King Faisal before Osman Ibrahim added his second of the game and Faisal’s third goal of the day.

In Accra Maxwell Abbey Quaye scored the first hat trick of the season for Great Olympics against Accra Lions at the Accra sports stadium. 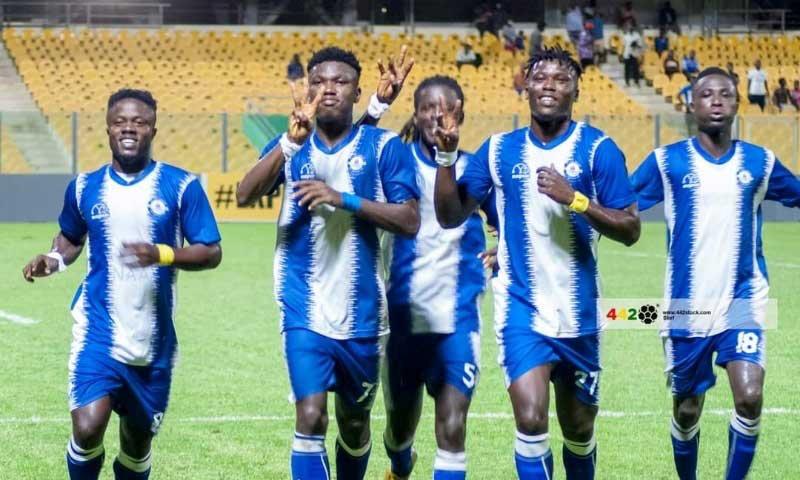 The scorers are captured below: 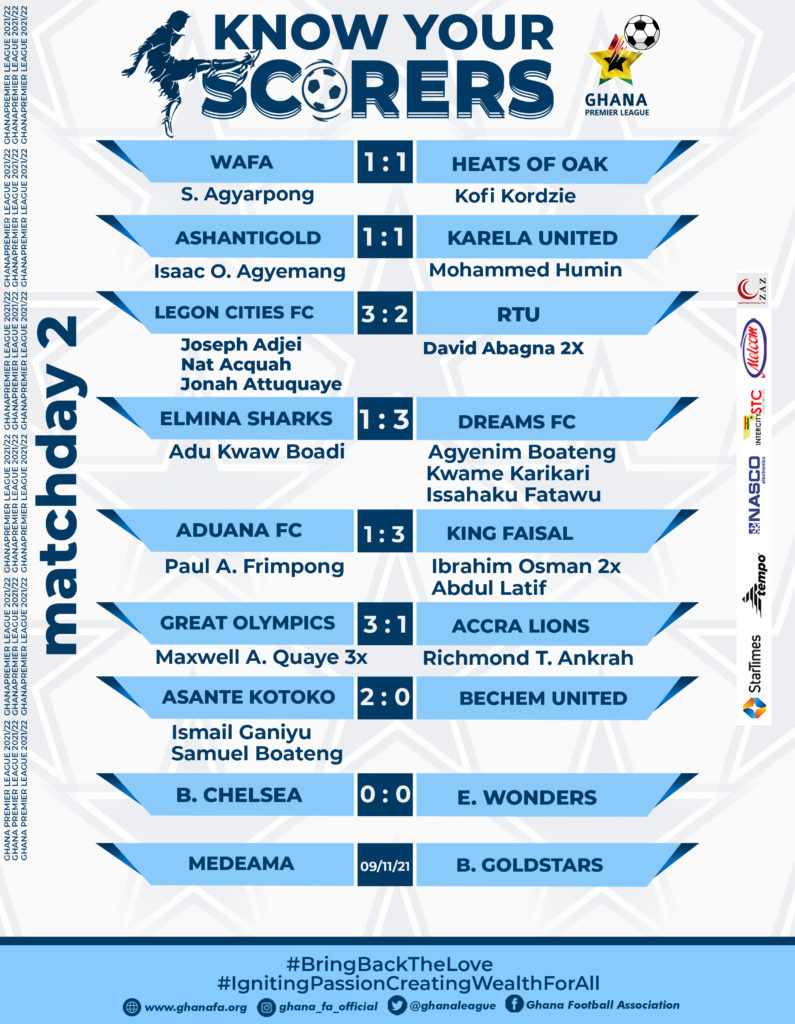