KGL U-17 Inter Club Champions League: President Simeon Okraku gets us underway with ceremonial kick off

The opening ceremony which took place at the Madina Astro Turf on Monday, December 06, brought together representatives of the 12 competing clubs, Products of the Catch Them Refereeing policy and other football enthusiasts. 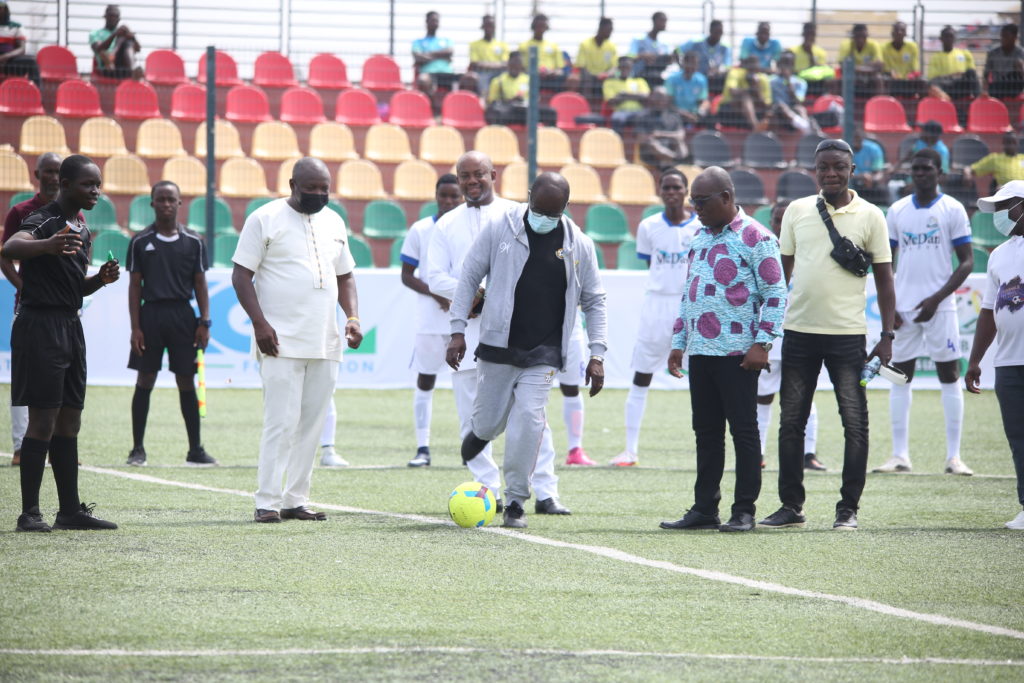